Accessibility links
DACA Recipients Can Apply For Renewal, Government Says : The Two-Way U.S. Citizenship and Immigration Services said it will once again accept DACA renewal requests in response to a court order from a California judge this past week. 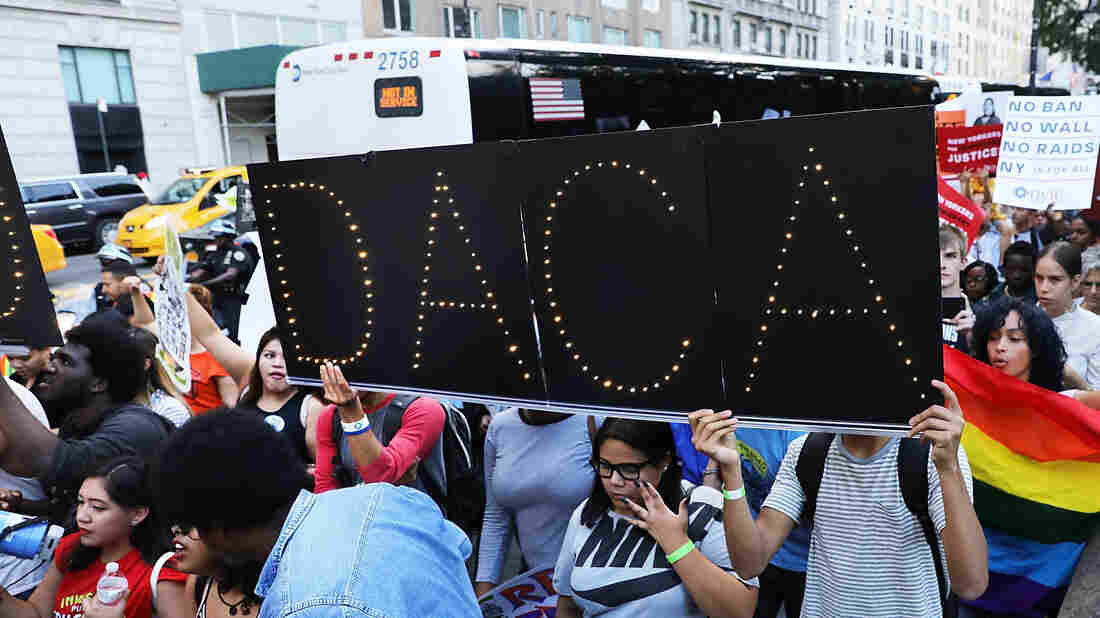 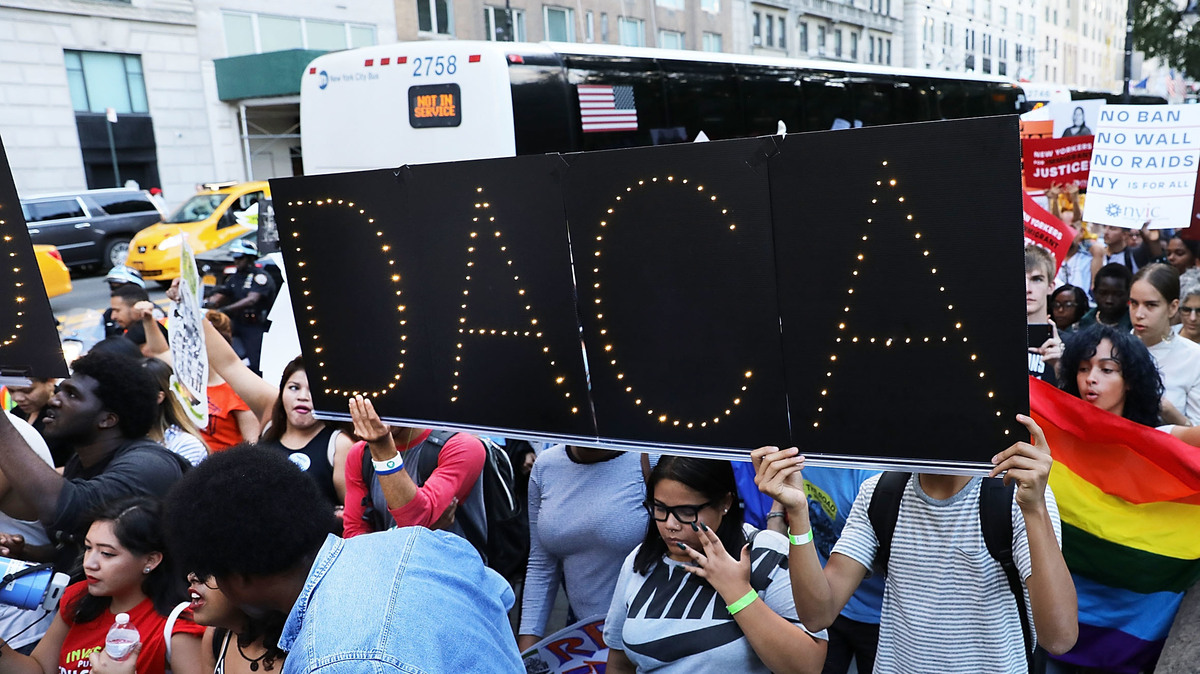 DACA advocates march near Trump Tower in August in New York City. The government says it will resume DACA renewals.

The Department of Homeland Security says it will once again accept renewal requests from recipients of the Deferred Action for Childhood Arrivals program in response to a court order.

"Until further notice, and unless otherwise provided in this guidance, the DACA policy will be operated on the terms in place before it was rescinded on Sept. 5, 2017," U.S. Citizenship and Immigration Services, a part of DHS, wrote on its website Saturday.

The Obama administration began the program in 2012, which enabled certain young immigrants brought to the U.S. illegally as children to apply for work permits and protection from deportation. As of September, about 700,000 people are currently protected under the program.

Attorney General Jeff Sessions announced in September that the Trump administration would wind down the DACA program. The administration said it was executive overreach and called on Congress to come up with a solution to the status of DACA recipients, also called DREAMers.

But a federal judge in San Francisco halted that plan late Tuesday and ordered the administration to resume processing DACA renewals while a lawsuit against the September decision moves forward.

The statement from USCIS says people who have already been granted deportation deferral under DACA can request renewal, but the agency will not accept new requests from people who have never received deferred action before. If someone's DACA expired on or after Sept. 5, 2016, that person may file a renewal request, the agency says; people who received DACA that expired before then can file a new DACA request.

President Trump held a meeting with lawmakers on Tuesday about passing new legislation to allow the DREAMers to stay in the country, though he has pushed for funding for a wall with Mexico to be part of any immigration policy overhaul. He also received widespread criticism this past week after reports that he referred to immigrants from certain countries using a vulgar slur.