Accessibility links
Woman Dies After Florida Boat Fire Sends Dozens Of Panicked Passengers Overboard : The Two-Way About 50 people were aboard the casino shuttle boat that was reduced to its hull, and officials initially believed that everybody was OK. In all, officials said 15 people were hospitalized. 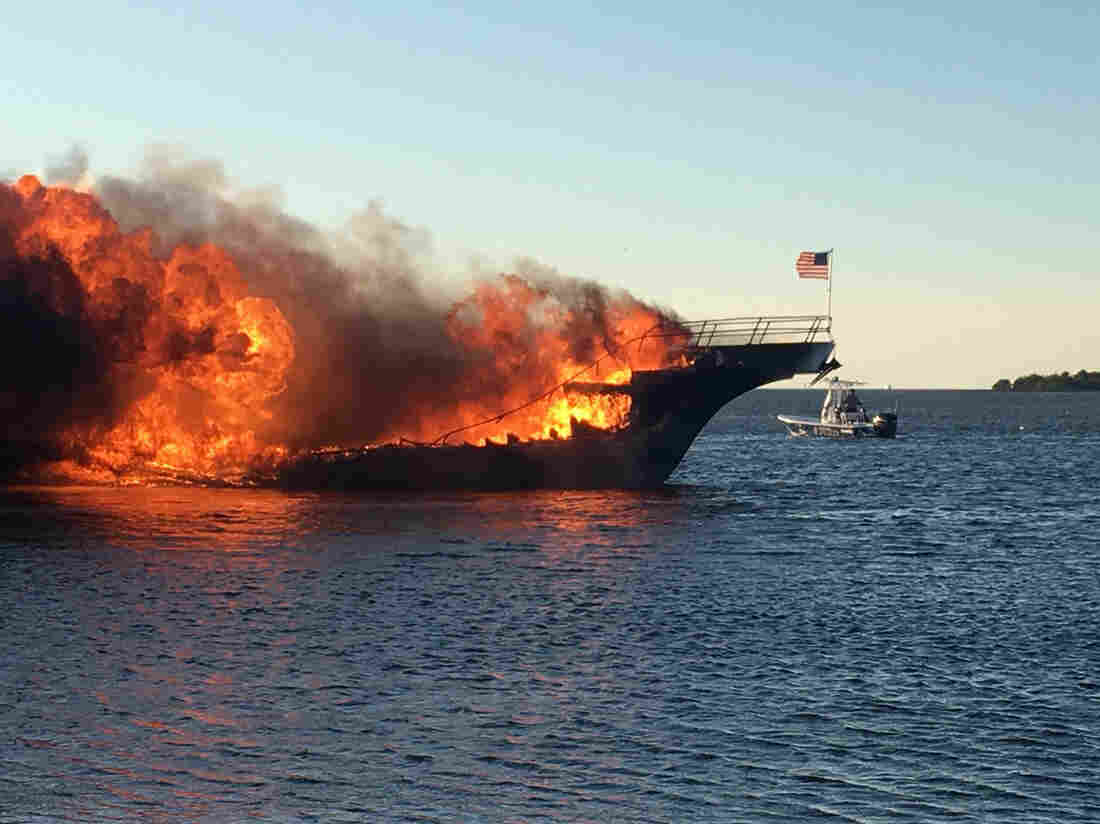 Flames engulf a boat Sunday in the Tampa Bay area. Officials said one person died after the boat ferrying patrons to a casino ship caught fire near shore, forcing dozens of passengers and crew to jump overboard. AP hide caption 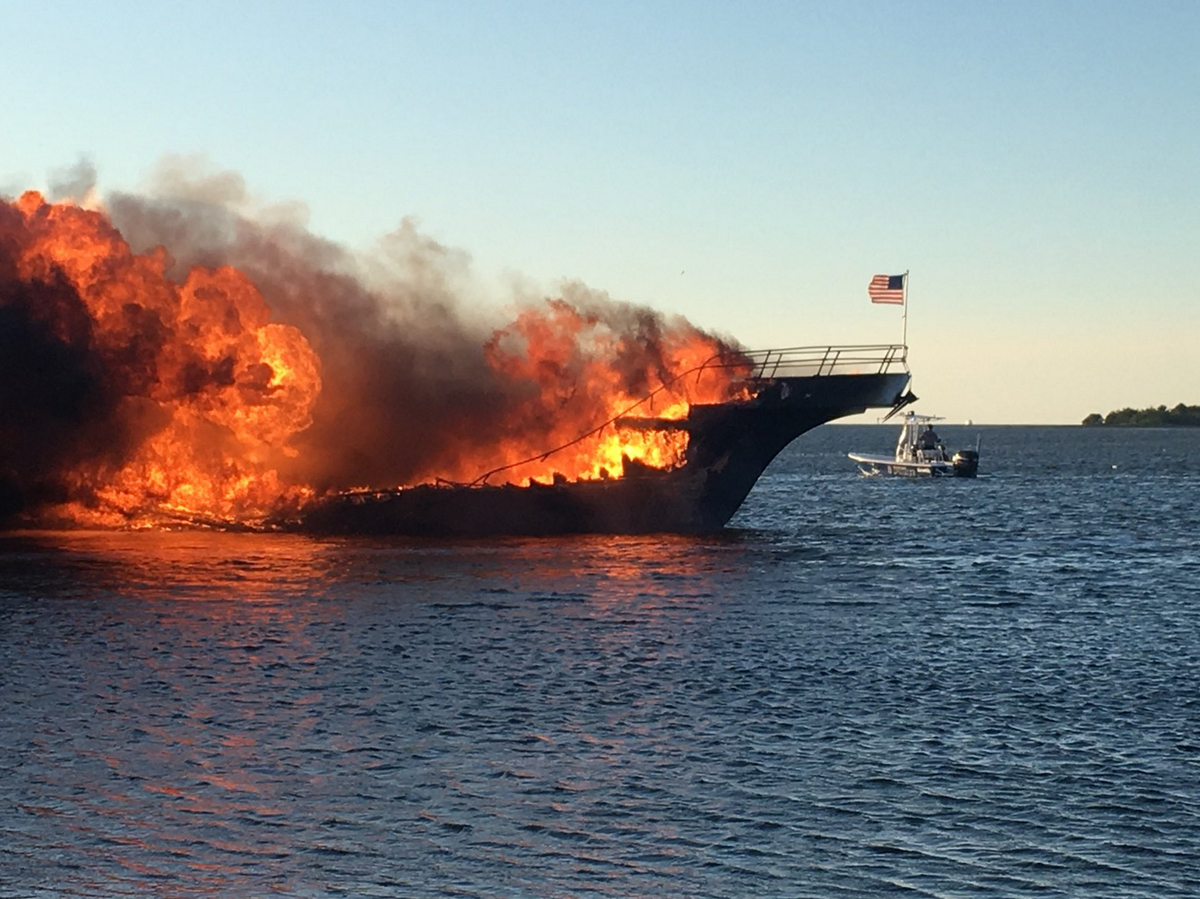 Flames engulf a boat Sunday in the Tampa Bay area. Officials said one person died after the boat ferrying patrons to a casino ship caught fire near shore, forcing dozens of passengers and crew to jump overboard.

One woman has died after a massive fire broke out on a casino shuttle boat off of Florida's west coast Sunday afternoon, sending people fleeing into the frigid water on an unusually cold day, officials said.

Initially, it looked like an amazing story of survival — if a close call.

"50 people on board and all safely made it to shore," Pasco County Fire Rescue posted to Twitter early Sunday evening.

She died there later that night, Conover said.

In all, officials said 15 people were hospitalized with what was described as non-life-threatening injuries, including smoke inhalation.

Port Richey Police Chief Gerard DeCanio told the AP that the shuttle boat, which ferries people back and forth to the Tropical Breeze Casino Cruise, began experiencing engine problems soon after it left the dock in Port Richey.

As the flames and smoke grew worse, the crew turned back and got close enough to shore to ground the vessel before it was overcome.

Video footage showed nothing but the boat's charred frame remaining as the flames continued to burn.

Port Richey residents watched people jump around 12 feet down into waist-deep water and wade to shore.

"All of us, my family and the neighbors, brought them towels and water," Bakr Jandali told the AP. "They were so cold."

Lows dipped down to 38 degrees Sunday in nearby Tampa.

The Coast Guard got the call about the blaze around 4:20 p.m., local time, and launched all area boats to the scene, Petty Officer 1st Class Michael De Nyse told NPR. "It was all hands on deck," he said.

De Nyse said that the cause of the blaze is unknown. "We are continuing our investigation of the boat fire," he said.

Tropical Breeze Casino spokeswoman Beth Fifer tells the AP that the company had never experienced a problem with the boat and does not know why the fire broke out.

"We are deeply saddened for the loss of our passenger, the 14 injured and anyone else who was affected by this tragedy," Fifer said.