Accessibility links
The Cranberries' Dolores O'Riordan Dies At 46 : The Two-Way The lead singer of the popular Irish band died suddenly Monday in London. The Westminster coroner said on Friday that it is awaiting test results, and has adjourned its hearing until April 3. 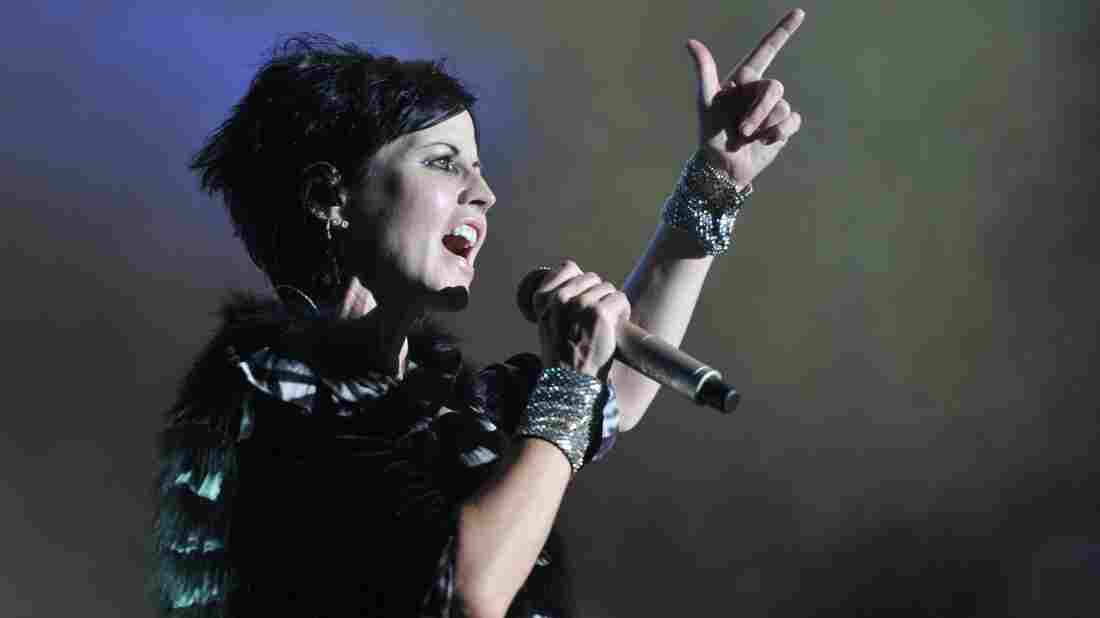 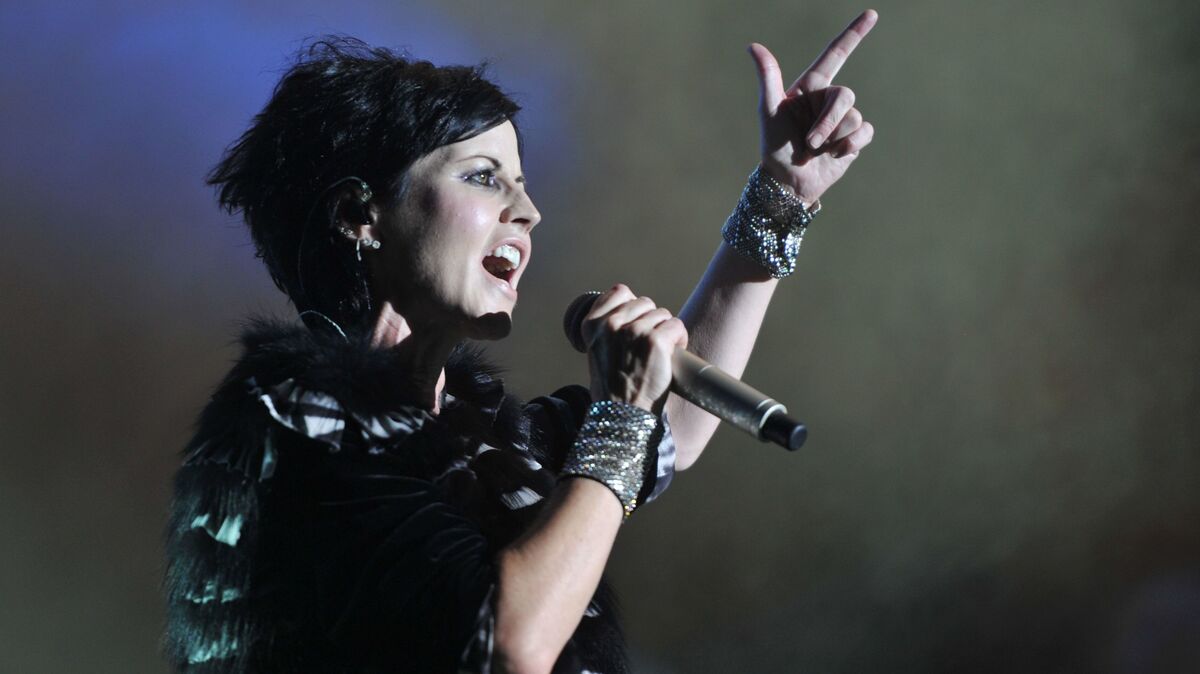 Irish singer Dolores O'Riordan of the Irish band The Cranberries, performing in Cognac, France, in 2016.

Dolores O'Riordan, the lead singer of the Irish band The Cranberries, has died suddenly at age 46.

O'Riordan defined the sound of The Cranberries — with hit songs like "Linger," "Salvation" and "Zombie." She brought a particularly Irish inflection to pop charts around the world, particularly in the 1990s.

Her publicist confirmed that O'Riordan died suddenly Monday in London, where she had been recording.

London's Metropolitan Police said in a statement Tuesday morning that officers were called to a Westminster hotel Monday morning, where a 46-year-old woman was pronounced dead. The death is "not being treated as suspicious," the statement said, and the case has been given to the coroner's office.

It will be some time before a cause of her death is established. The Westminster coroner's office told NPR on Friday that a postmortem examination has been done, but that it was awaiting several test results. In the meantime, the coroner's court has adjourned its hearing until April 3, when an internal review will take place; at that point, a date should be set for a full inquest.

On Tuesday morning, the band's surviving members issued a statement on the group's website, saying: "We are devastated on the passing of our friend Dolores. She was an extraordinary talent and we feel very privileged to have been part of her life from 1989 when we started the Cranberries. The world has lost a true artist today."

"To all those who follow and support Irish music, Irish musicians and the performing arts her death will be a big loss," Irish President Michael Higgins said, according to The Irish Times.

O'Riordan was born Sept 6, 1971, and grew up in the Ballybricken area of County Limerick. She was just 18 years old when she auditioned to be a singer with The Cranberries, a group founded in 1989 by two brothers, bassist Mike Hogan and guitarist Noel Hogan, along with singer Niall Quinn and drummer Fergal Lawler as The Cranberry Saw Us. Quinn left the band within a year, and O'Riordan auditioned to be its new singer.

In 1993, The Cranberries' debut album, Everybody Else Is Doing It, So Why Can't We? went to No. 1 in the U.K. and to a Top 20 spot on the Billboard 100. The group's following three albums — No Need To Argue, To The Faithful Departed and Bury The Hatchet — also hit the Billboard Top 20.

O'Riordan was the band's primary lyricist and often wrote The Cranberries' music as well. She possessed a singular, instantly recognizable voice that had a smoky hue in full cry, but which she could also hone into a sweet, delicate tone that evoked centuries of Gaelic folk tradition.

The Cranberries broke up in 2002, when O'Riordan left the band — but not before they had sold some 35 million albums worldwide. "I retired, really," the singer told WXPN's World Cafe in 2007, saying that by the time the group's fourth album, Bury The Hatchet, was released in 1999, the band had "burned out" after having achieved enormous success so early.

"I didn't know if I'd come back to the music world, the entertainment world. I'd spent so long with The Cranberries. I was a teenager when the band broke — I spent many, many years touring. I have four kids, so I just wanted to prioritize my family and just be a person."

But O'Riordan found her way back to music, and released her first solo album, Are You Listening?, in 2007, followed by No Baggage in 2009. That same year, however, The Cranberries reunited, and toured with a mix of old hits, songs from O'Riordan's solo work, and new tunes. The band had been touring internationally in 2017, but in July the band announced that O'Riordan was forced to cancel due to ongoing problems with her back.

Among those marking their mourning on social media are the band Duran Duran. (O'Riordan's ex-husband, Don Burton, was a tour manager for Duran Duran.)

O'Riordan's survivors include three children from her marriage to Burton: Taylor, Molly and Dakota; she also leaves a stepson, Donny.

We are crushed to hear the news about the passing of Dolores O’Riordan. Our thoughts go out to her family at this terrible time. https://t.co/6p20QD2Ii5 pic.twitter.com/vXscj0VGHS