Accessibility links
Naval Commanders In 2 Deadly Ship Collisions To Be Charged With Negligent Homicide : The Two-Way A total of 17 crew members were killed. The two incidents called into question the Navy's training procedures and preparation. 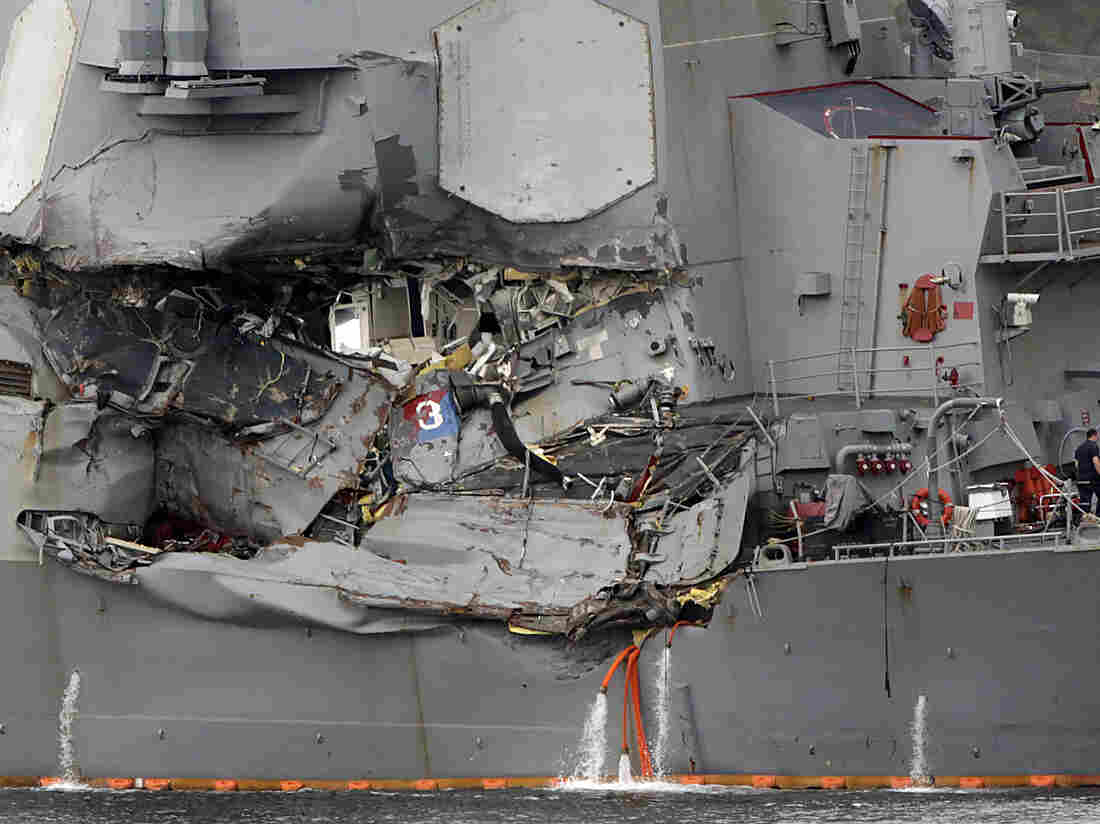 The damaged section of the USS Fitzgerald is seen at the U.S. naval base in Yokosuka, southwest of Tokyo. Eugene Hoshiko/AP hide caption 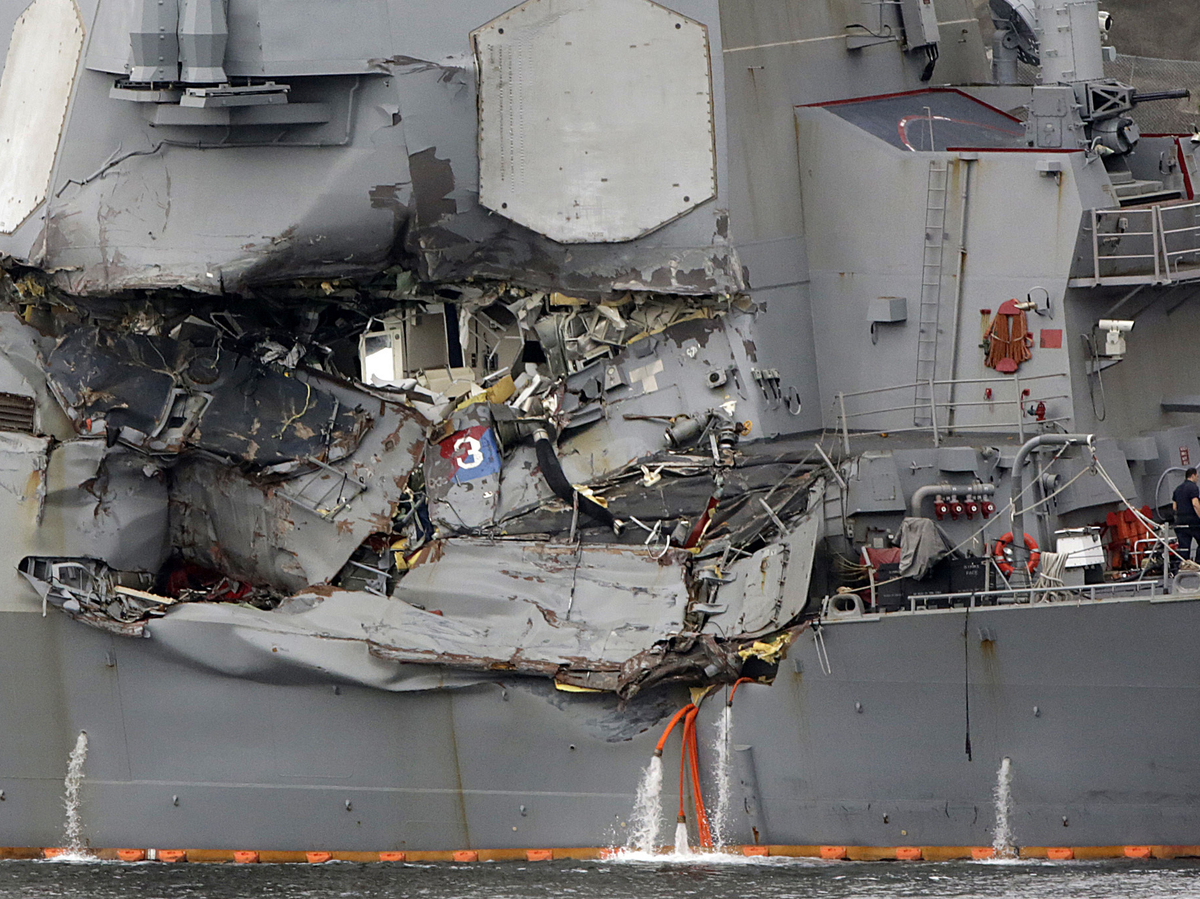 The damaged section of the USS Fitzgerald is seen at the U.S. naval base in Yokosuka, southwest of Tokyo.

The U.S. Navy announced Tuesday that the commanding officers of two vessels involved in separate collisions in the Pacific Ocean last year will face court-martial proceedings and possible criminal charges including negligent homicide.

The statement by Navy spokesman Capt. Greg Hicks says the decision to prosecute the commanders, and several lower-ranking officers as well, was made by Adm. Frank Caldwell.

As the Two-Way reported:

"In June, the USS Fitzgerald collided with a Philippine-flagged container ship off Japan, leaving seven sailors dead in their berthing compartments. Just over two months later — and just days after several of the Fitzgerald's leaders were relieved of their duties — the USS John S. McCain crashed into a Liberian-flagged tanker at the eastern entrance to the Strait of Malacca near Singapore in a startlingly similar incident that left 10 sailors dead."

In both cases, the 300-crew destroyers collided with ships more than three times their size in gross tonnage.

A Navy investigation completed in November 2017 determined that both accidents were "avoidable" and reflected "multiple failures by watch standers."

In the case of the USS Fitzgerald, the commander, two lieutenants and one lieutenant junior grade face possible charges of dereliction of duty, hazarding a vessel and negligent homicide.

"All individuals alleged to have committed misconduct are entitled to a presumption of innocence. Additional administrative actions are being conducted for members of both crews including non-judicial punishment for four Fitzgerald and four John S. McCain crewmembers."

The USS John S. McCain was named for two men, the father and grandfather of Sen. John McCain, R-Ariz. He said after the investigation was released that the accidents reflected a lack of "sufficient training and equipment and readiness."