Accessibility links
No Closer To DACA Deal, Republicans Push Plan B To Keep Government Open : The Two-Way GOP lawmakers want a compromise to prevent a shutdown for at least another month. But many Democrats have promised a no-vote unless protections for "Dreamers" are part of the bargain. 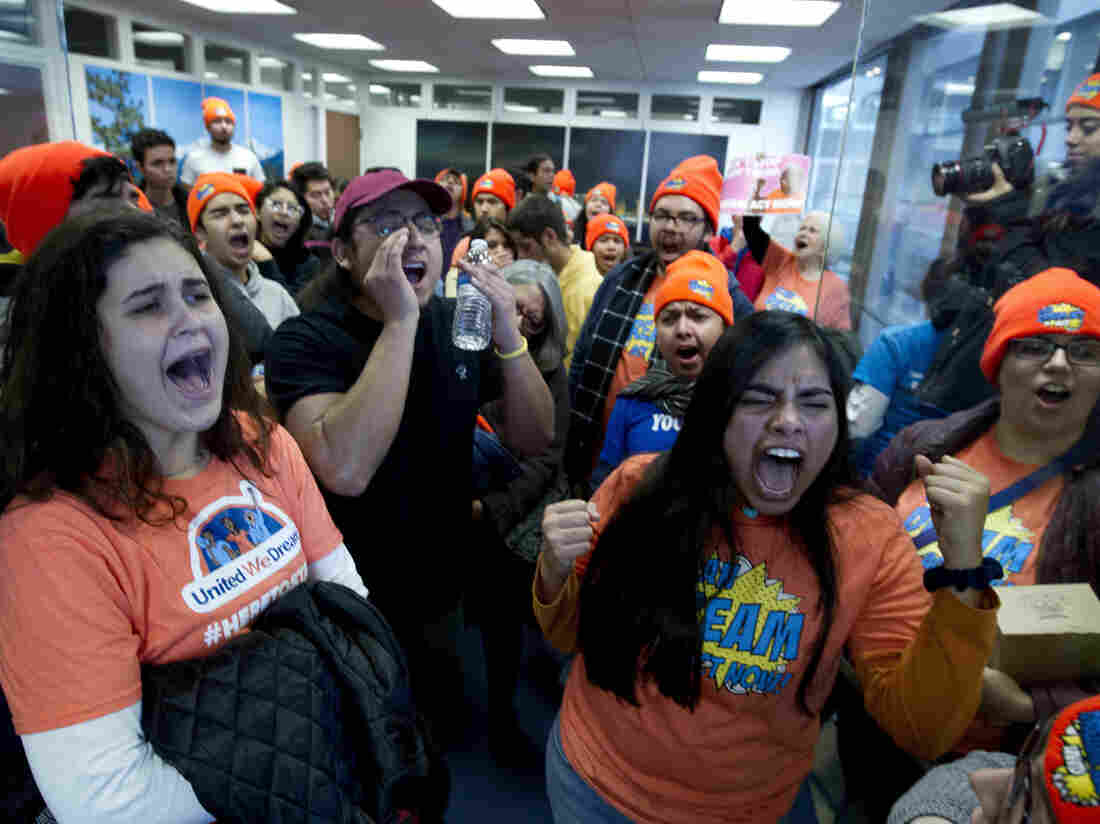 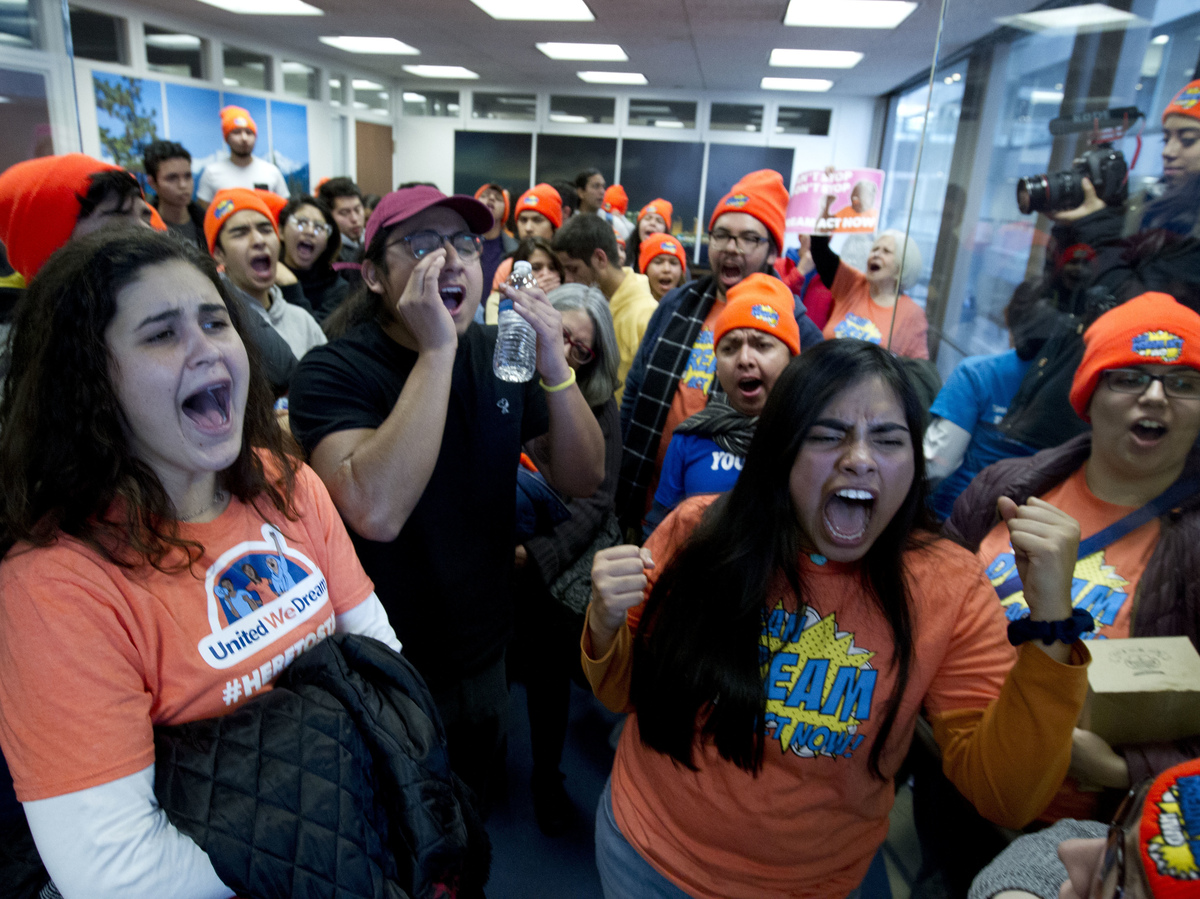 President Trump and congressional Democrats appear no closer to a deal on protecting "Dreamers" from deportation, but GOP lawmakers are working on a Plan B that would — if approved — prevent an election-year shutdown of the government, extending funding at least another month.

A continuing resolution is due to expire this Friday, but Republicans have proposed kicking the can down the road once more with an extension on stop-gap funding through Feb. 16.

Democrats have threatened a no-vote on any spending resolution that does not include an extension of Deferred Action for Childhood Arrivals, or DACA. However, Republicans hope that by including a two-year delay on implementation of unpopular taxes on medical devices and high-end employer-subsidized health care plans and a six-year reauthorization of the children's health program, or CHIP, they can get enough Democrats to come on board.

Rank-and-file Republicans seem to like the deal and are hoping for a vote on Thursday, just ahead of the Friday deadline.

As NPR's Susan Davis reports, "The general consensus among members is this is simply a vote to buy time to continue negotiations on immigration and budget talks, and they want to cast the vote as a vote for/against a shutdown."

"We don't want to shut down the government. ...We want to keep the government open," Hoyer, a Maryland Democrat, told reporters. "But we're not going to be held hostage to do things that we think are going to be contrary to the best interests of the American people."

Hoyer's remarks echoed those of many Democrats, who said they are unlikely to support any measure without a deal on DACA, which has been thrown into question by the president's vulgar remarks last week about immigrants from African countries. As The Associated Press notes, "Democrats appeared to see scant reason to bargain with a president many in their party view as holding racist views on immigration."

The AP reports: "Republicans have enough votes to push a measure through the House if they stay largely united. But some House GOP defense hawks could vote no because they want lawmakers to approve long-term spending for the Pentagon. Conservatives were also threatening to balk."