Accessibility links
Justice Department Asks SCOTUS To Reverse Court Ruling Protecting DREAMers : The Two-Way After a federal judge blocked the Trump administration from ending DACA, the Justice Department is asking the Supreme Court to bypass the usual appeal process and hear its case this term. 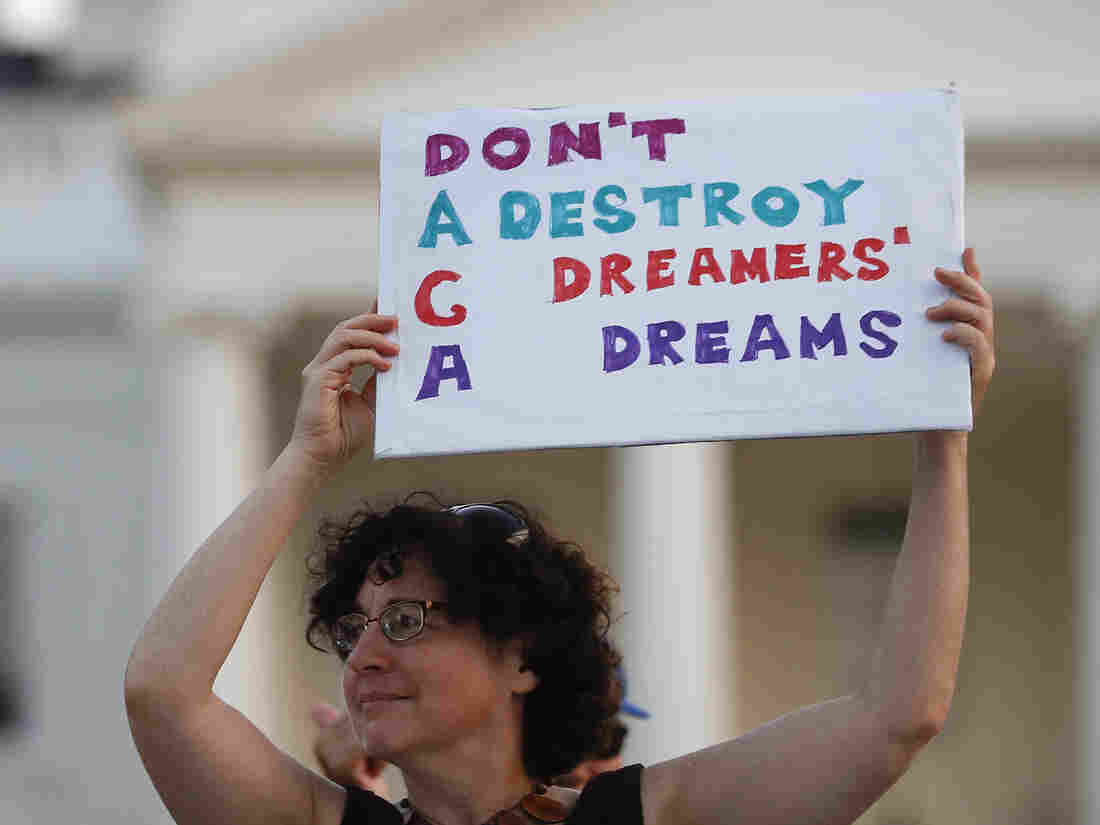 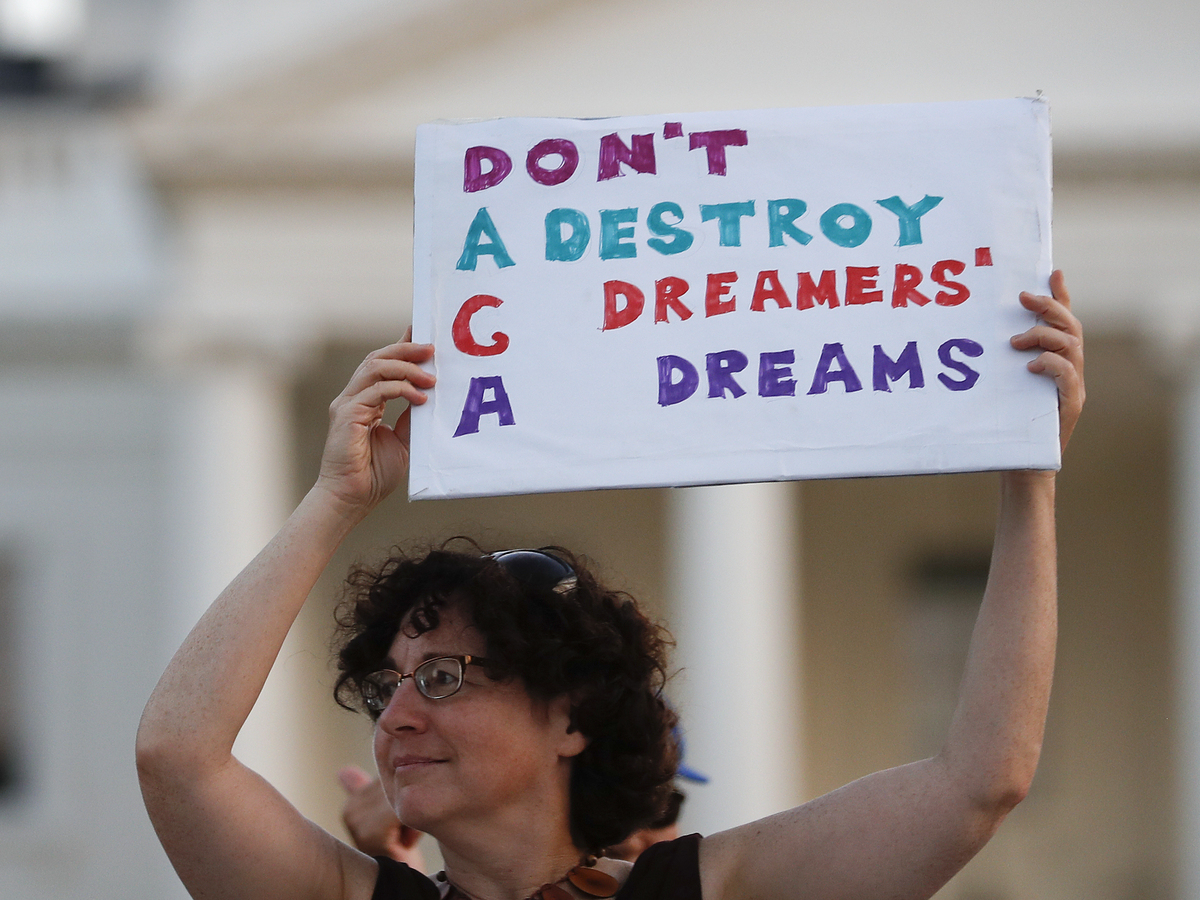 The Justice Department late Thursday announced that it has asked the Supreme Court to overturn a lower court ruling that prevents President Trump from ending the Obama-era program that shields certain young undocumented immigrants from deportation.

That program, Deferred Action for Childhood Arrivals, or DACA, also grants work permits to about 700,000 immigrants brought to this country illegally by their parents.

In September, Trump rescinded DACA and gave Congress until March to save it. But last week, U.S. District Judge William Alsup blocked the administration with a temporary injunction while a lawsuit by DACA supporters is pending. The Justice Department immediately filed an appeal with the U.S. Court of Appeals for the 9th Circuit. But it also announced that it would take "the rare step" of appealing directly to the U.S. Supreme Court.

In the petition, Solicitor General Noel J. Francisco argued that Attorney General Jeff Sessions had found that the "DACA policy was unlawful" and he asked that the high court take action before the case winds its way through the appeal process. Francisco said even if the 9th Circuit expedites its proceedings that process "would entail many months of delay, during which time the district-court injunction would require the government to retain in place a discretionary policy that sanctions the ongoing violation of federal law by more than half a million people."

There is a practical reason to explain the Justice Department's request to bypass the appeal process. After Judge Alsup's order, the Department of Homeland Security announced that it would resume accepting work permit renewals from DACA recipients.