Accessibility links
Supreme Court To Hear Latest Challenge To Trump's Travel Ban : The Two-Way After losing several lower court rulings, the Trump administration will finally get a hearing by the justices on legality of its entry restrictions. 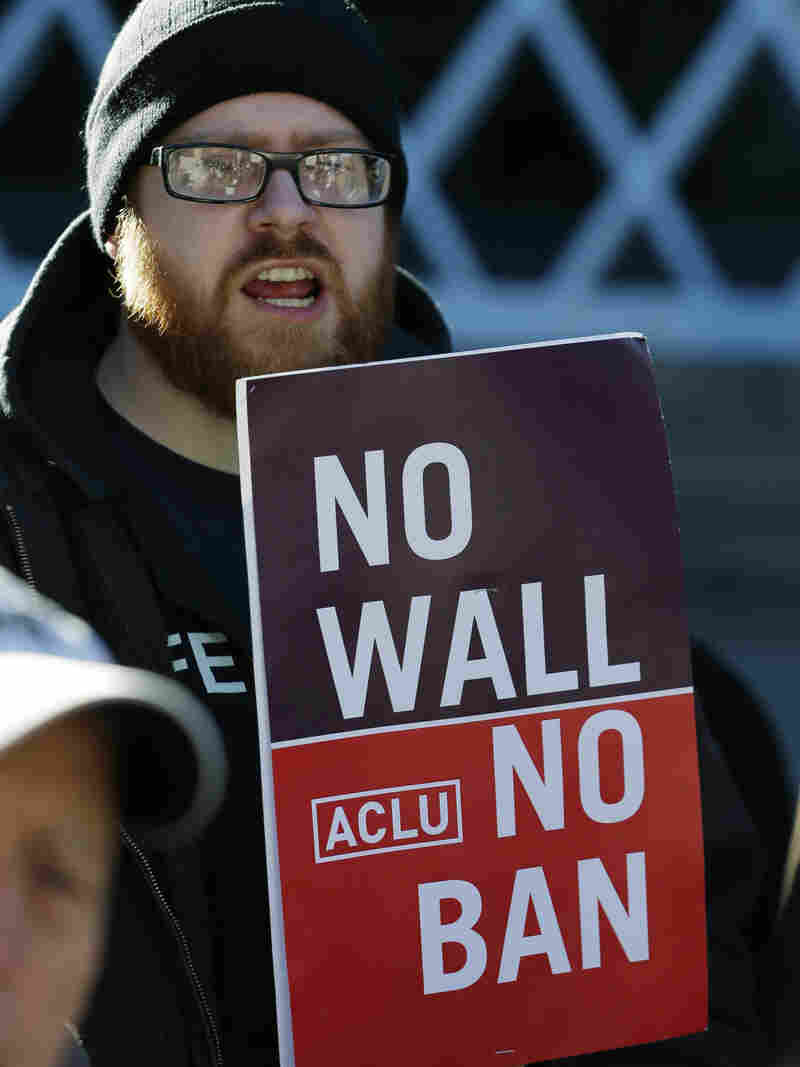 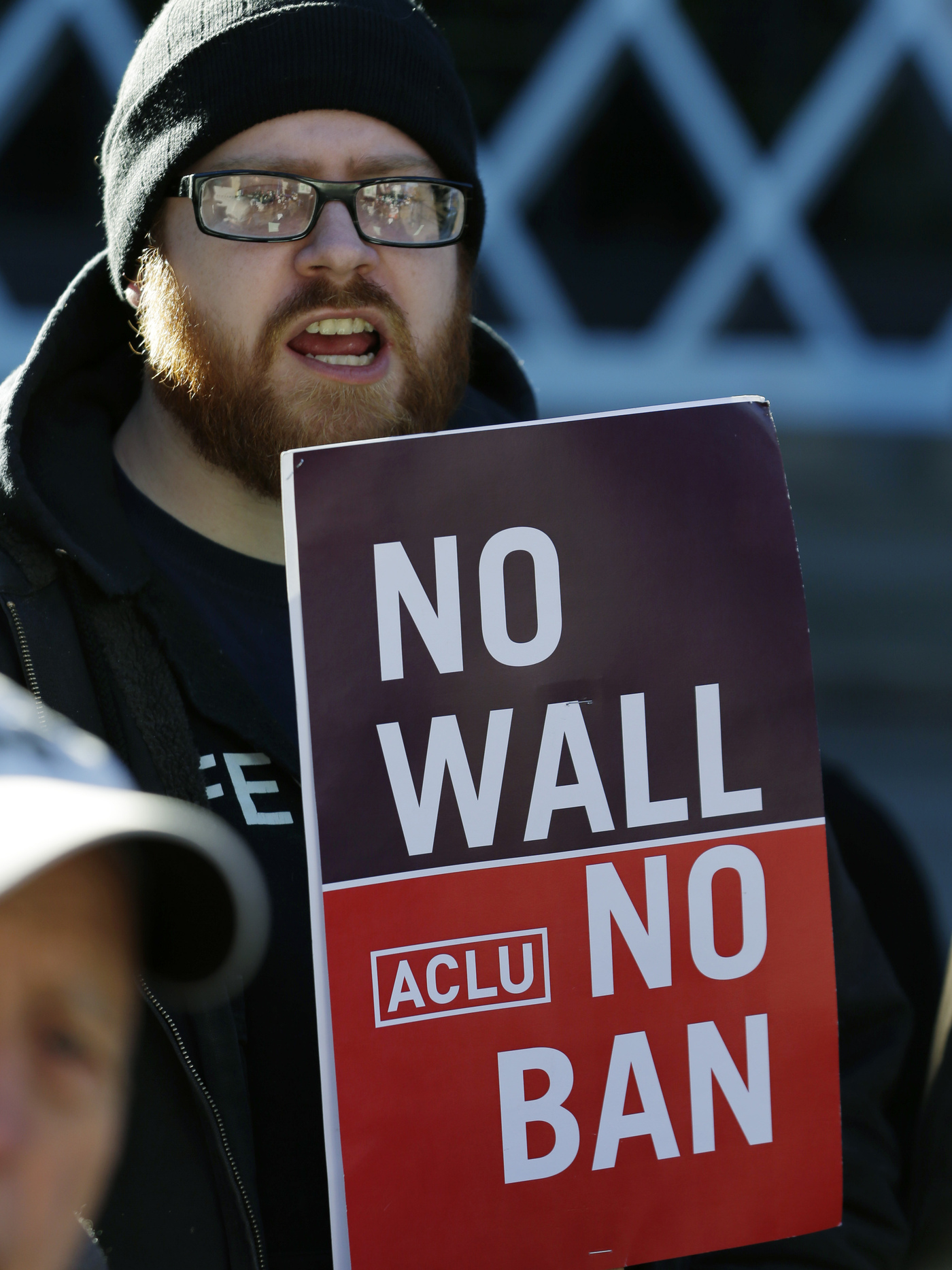 Almost a year after President Trump tried to bar travelers from some predominantly Muslim countries from entering the United States, the Supreme Court announced Friday that it will consider a legal challenge to the third version of that ban.

Lower courts have blocked every attempt by the administration to keep out travelers from a list of countries in the name of national security, starting with the first version of the ban issued in an executive order in January 2017.

The justices agreed to hear the case of Hawaii v. Trump, which argues that the president exceeded his authority in attempting to ban, through proclamation, "over 150 million aliens from this country based on nationality alone. The immigration laws do not grant the President this power."

"No prior president has attempted to implement a policy that so baldly exceeds the statutory limits on the president's power to exclude, or so nakedly violates Congress's bar on nationality-based discrimination in the issuance of immigrant visas."

In the Justice Department's petition to the high court, Solicitor General Francisco J. Noel argued that the president does have the power to bar travelers from certain countries.

"The Constitution and Acts of Congress confer on the President broad authority to suspend or restrict the entry of aliens outside the United States when he deems it in the Nation's interest. ... Exercising that authority after an extensive, worldwide review by multiple government agencies of whether foreign governments provide sufficient information and have adequate practices to allow the United States to properly screen aliens seeking entry from abroad—and after receiving the recommendation of the Acting Secretary of Homeland Security—the President suspended entry (subject to exceptions and case-by-case waivers) of certain foreign nationals from eight countries."

Six of the eight countries subject to the travel ban — Syria, Libya, Yemen, Chad, Somalia and Iran — are all predominantly Muslim. Travelers from two other countries, North Korea and Venezuela, are not part of the lawsuit challenging the ban.

In late December, the 9th Circuit Court of Appeals upheld a lower court ruling finding that the president had exceeded his authority in implementing the third version of his travel ban. However, earlier in that month, the Supreme Court allowed the administration to implement the travel ban while legal challenges were pending in the appeals process.

With only two justices — Ruth Bader Ginsburg and Sonia Sotomayor — dissenting, that ruling was widely viewed as an indicator of how the high court ultimately might decide when it hears the case.

The Hawaii lawsuit isn't the only case still pending. The 4th Circuit Court of Appeals in Virginia has yet to rule on a decision by a federal judge in Maryland who found that the travel ban violates constitutional protections under the First Amendment.