Accessibility links
Animal Trafficking 'Kingpin' Arrested In Thailand : The Two-Way Boonchai Bach is accused of heading a network that dealt in large quantities of poached elephant ivory, rhinoceros horn and other endangered species. 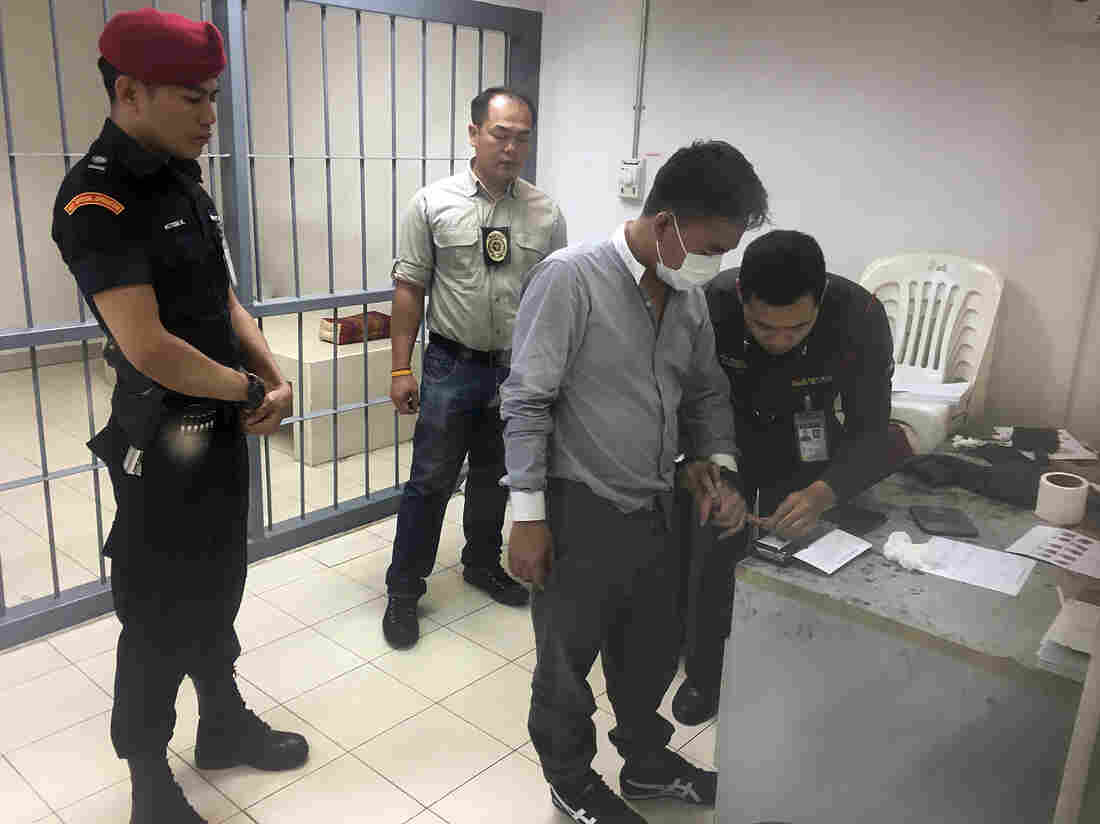 Thai police process suspected wildlife trafficker Boonchai Bach, who was arrested after an X-ray inspection last month of a bag on a flight from Ethiopia revealed the rhino horns. Tassanee Vejpongsa/AP hide caption 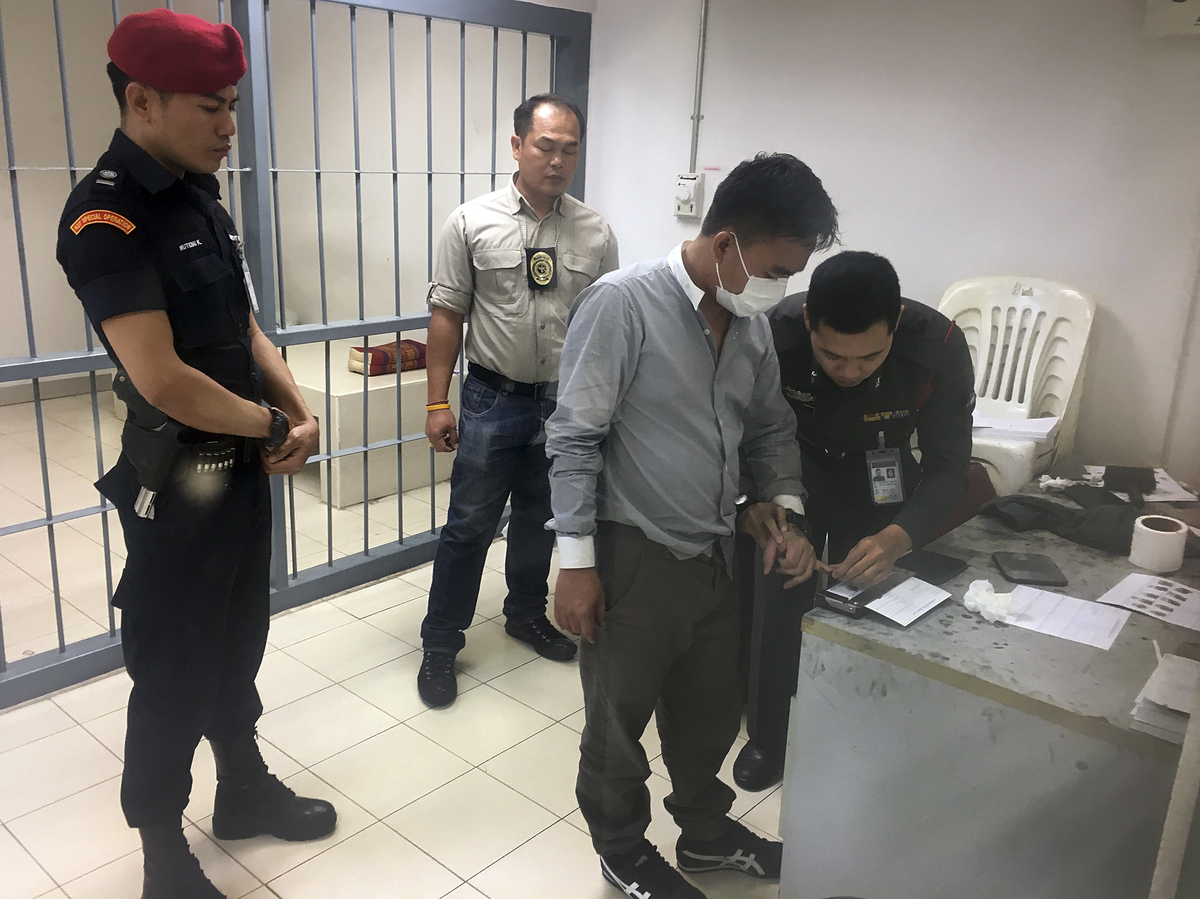 Thai police process suspected wildlife trafficker Boonchai Bach, who was arrested after an X-ray inspection last month of a bag on a flight from Ethiopia revealed the rhino horns.

Thai police toppled an accused kingpin in the global multi-million-dollar wildlife black market, with the arrest on Friday of Boonchai Bach in Nakhon Phanom, near the Laos border along the Mekong river.

For more than a decade, Boonchai is believed to have overseen a syndicate responsible for the illegal trade of wildlife poached in Asia and Africa, according to the anti-trafficking group Freeland, which describes him as a "kingpin" who has evaded capture for years.

The 40-year old Thai man, originally from Vietnam, is being held in connection with last month's trafficking of 14 African rhino horns into Thailand, a hub for poached animals destined largely for China, according to the group. But Boonchai's ties to global animal trafficking allegedly go much deeper.

"In a nutshell, I can't think of anything in the past five years that has been this significant," Matthew Pritchett, Freeland's director of communications told The Associated Press of Boonchai's arrest.

Boonchai dealt with large quantities of pangolins, tigers and lions, smuggling the contraband across the Mekong river and on to dealers in Laos, Vietnam and China, says the group. But, The Guardian reports, his main products were allegedly rhino horns and elephant tusks, amounting to thousands of tons.

Elephant ivory is prized for its use in everything from jewelry to chopsticks to piano keys. China is believed to be the world's biggest consumer, helping fuel the annual poaching of some 30,000 elephants, National Geographic says. As of Dec. 31, the country's legal ivory trade was shuttered, in accordance with a 2015 agreement with the U.S. But the illicit trade of ivory continues to flourish.

Boonchai's arrest came after an X-ray inspection last month of a bag on a flight from Ethiopia revealed the rhino horns, which are prized for their supposed curative properties.

He denies the charges against him, reports the AP, which carry a possible prison term of four years and a $1,300 fine. But he could face even more prison time as police consider money laundering and customs violation charges.

The Guardian wrote about his family in a 2016 article headlined, "The crime family at the centre of Asia's animal trafficking network."

"Boonchai runs the operation in Nakhon Phanom with a dozen men and a handful of women. The surveillance team has seen them meeting African wildlife traders, unloading meat from refrigerated trucks, loading cars with hidden compartments and delivering a package to local police. Bank records show Boonchai's girlfriend, who acts as cashier for the business, has sent money to Asian wildlife suppliers. Apart from the export of wildlife through Laos, Thai police intelligence reports also link Boonchai with the importing of drugs from Laos into Thailand."

The Guardian reports Boonchai's older brother Bach Van Limh controlled the smuggling gateway at the Vietnamese side and is thought to be somewhere outside Thailand at present.

Freeland reports that Thai police said they were able to arrest other members of the network "starting from the courier, the facilitator, the exporter who plan to export goods through Thai-Laos border," Col. Chutrakul Yodmadee said. "We even got the moneyman (investor) behind the gang."

But Freeland says there remain other powerful poaching networks with "tentacles" that reach across Africa and Asia.

Another alleged trafficking kingpin, Vixay Keosavang of Laos, remains at large; the U.S. has offered a $1 million bounty leading to his arrest.