Accessibility links
Germany's Social Democrats Party Votes For Formal Coalition Talks With Merkel : The Two-Way It's a vital step to ending a nearly four-month long political crisis in Germany after last September's elections failed to give any party a majority. 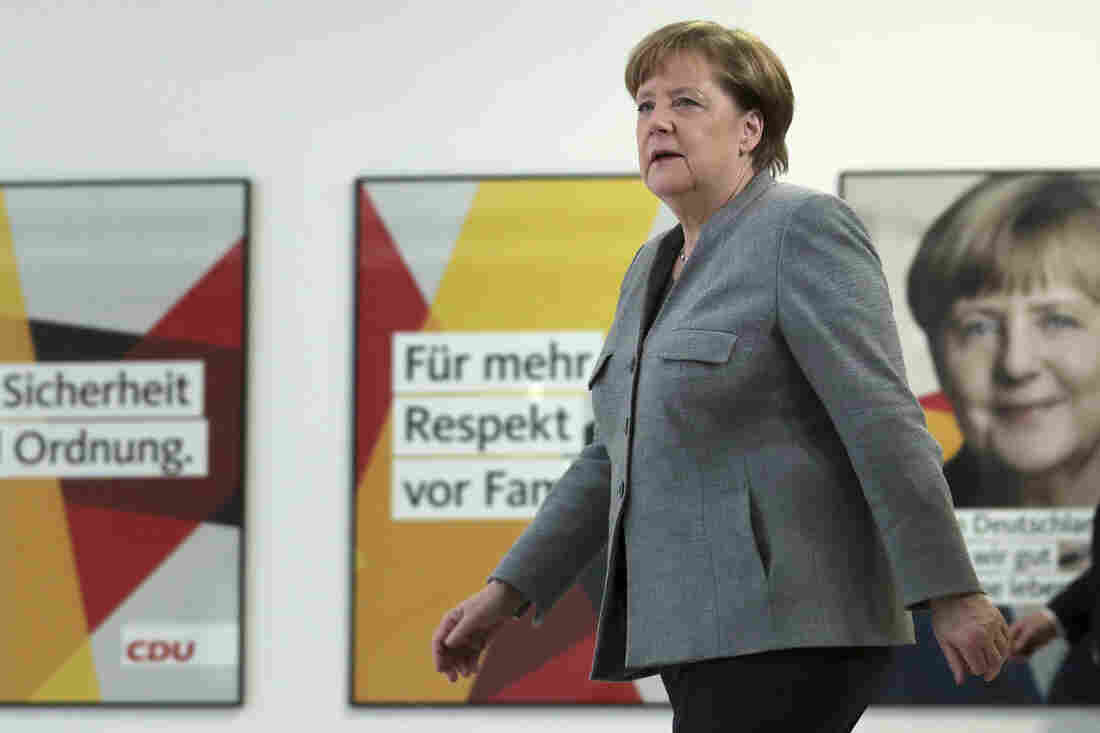 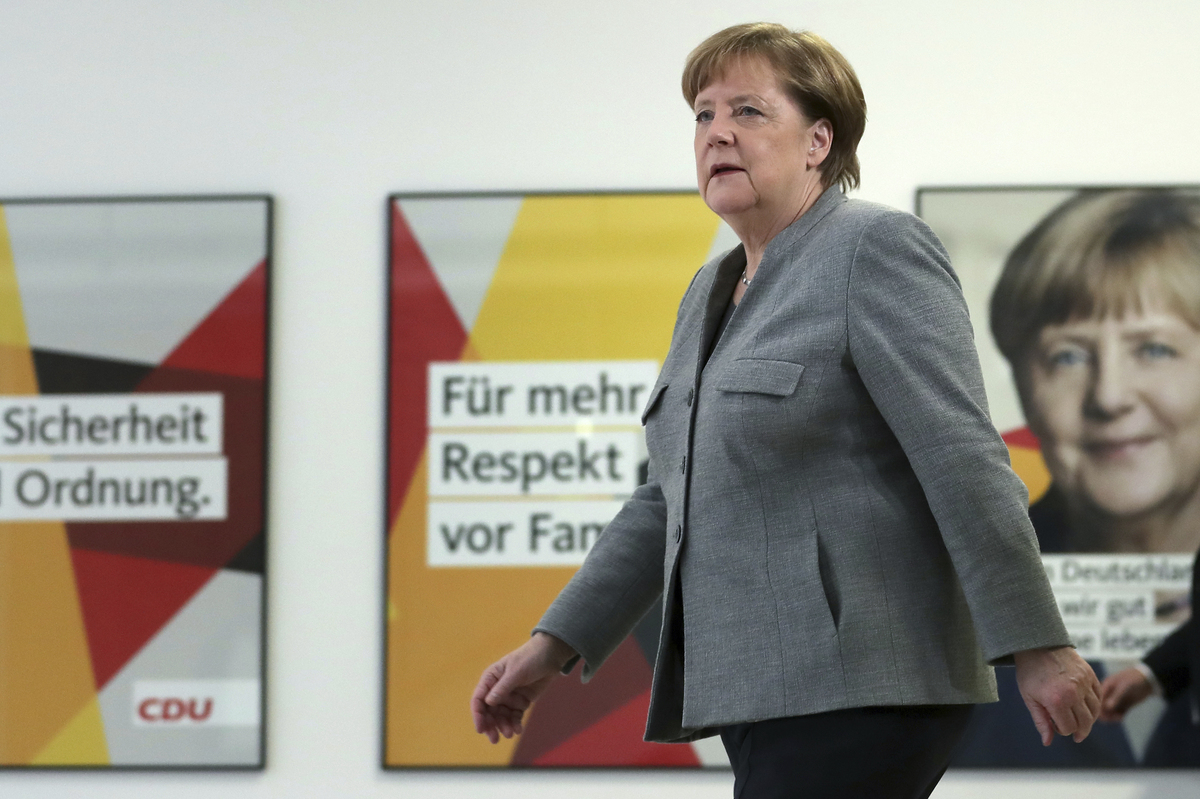 German Chancellor and chairwomen of the German Christian Democratic Union (CDU), Angela Merkel, arrives for a statement at the party's headquarters in Berlin, Germany, Sunday.

After five hours of uncharacteristic sniping and emotion, Germany's Social Democrats at a party congress in Bonn on Sunday voted 362-279 to enter into formal talks with Chancellor Angela Merkel to form a new German government.

It's a vital step to ending a nearly four-month long political crisis in Germany after last September's elections failed to give any party – including Merkel's conservatives – a majority. Previous attempts by the chancellor to join with other German political parties in a governing coalition failed.

The Social Democrats had also initially refused to join her, given their historically poor showing during the last elections. Many in the party interpreted the results as voter backlash to the last government, in which they were also partnered with the conservatives.

Social Democrats who opposed forming a new government with Merkel argued that the values of their party were at stake and that their leaders shouldn't be afraid of new elections, which were likely if the vote had failed.

"People, we aren't giving up the [party] just because we decide to govern with the others," she shouted, referring to the conservatives. "But if you think we didn't do it well enough last time in terms of standing up for our positions, as others have told me, you are right."

She said that will change in the new government.

Social Democratic party leader Martin Schulz told delegates that during the upcoming talks, he'd fight for more concessions on health, labor and refugee policies. He also stressed a stable, German government was needed to stand up to right-wing extremists.

"Europe is waiting for a Germany that knows its responsibility for Europe and act decisively," Schulz added.

According to The Associated Press, Merkel welcomed the decision, saying she hoped to soon build a "stable government that can tackle the questions of the future."

Negotiators for both sides say a new German government should be in place by April.