Accessibility links
Unsettled By Russia, Sweden Revives Pamphlets On What To Do 'If War Comes' : The Two-Way For decades, beginning in World War II, Swedish households received pamphlets advising how to handle a crisis. They were discontinued with the Cold War's end — but now, they're getting an update.

Unsettled By Russia, Sweden Revives Pamphlets On What To Do 'If War Comes'

Unsettled By Russia, Sweden Revives Pamphlets On What To Do 'If War Comes' 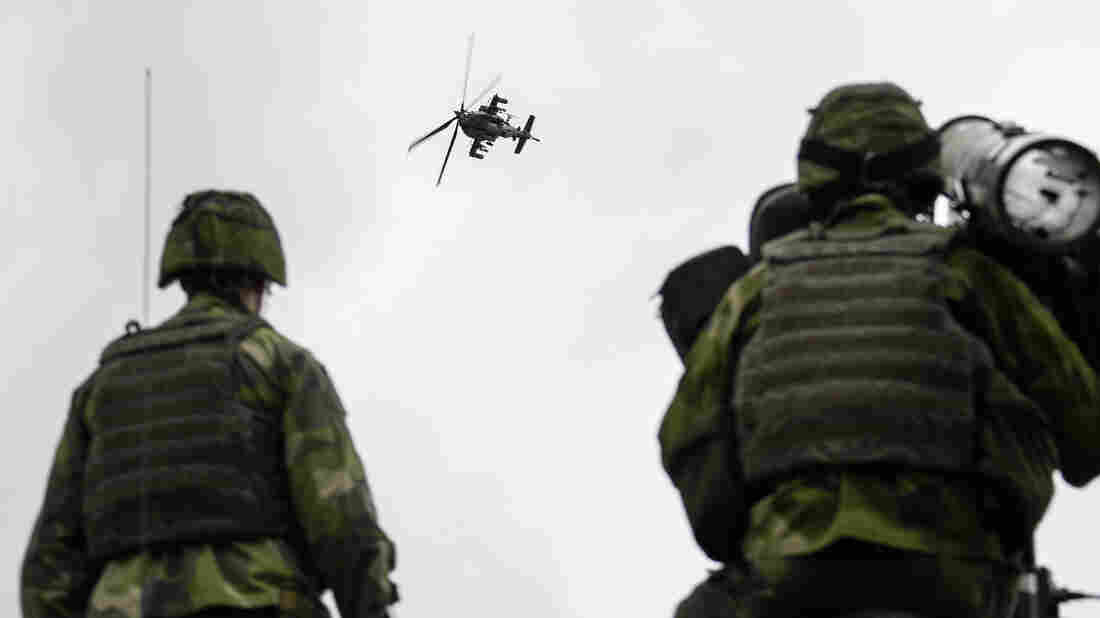 Members of the Swedish air defense practice their response to a possible helicopter attack during a military exercise on the island of Gotland last fall. The exercise, Sweden's largest in years, involved roughly half a dozen NATO countries. Anders Wiklund/AFP/Getty Images hide caption 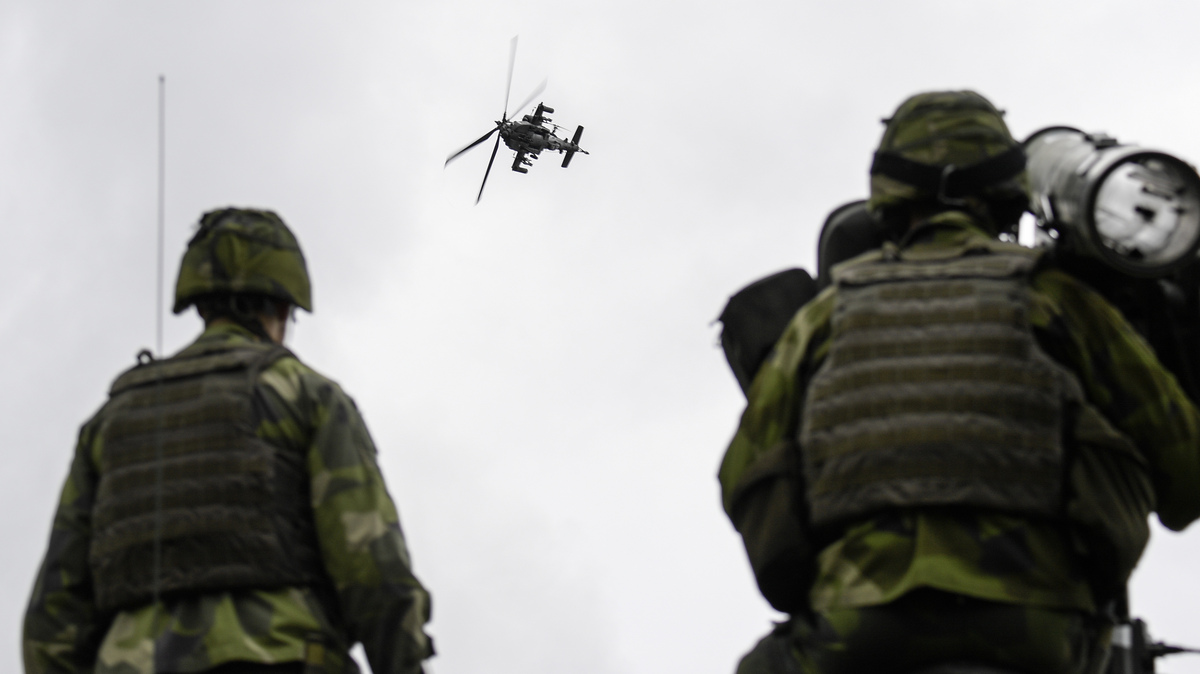 Members of the Swedish air defense practice their response to a possible helicopter attack during a military exercise on the island of Gotland last fall. The exercise, Sweden's largest in years, involved roughly half a dozen NATO countries.

In the depths of World War II, Swedish authorities decided their citizens needed to know what to do if the fighting finally arrived on their doorstep. Though they maintained neutrality, it was hard to believe they could continue to do so — especially as, one by one, their Nordic neighbors got caught in the tides of violence.

So they decided on a handy pamphlet, delivered to households across Sweden. Roughly translated to "If War Comes," the pamphlets offered tips for how to interpret sirens and what to take along in the case of evacuation.

The pamphlets didn't end with the war. For more than four decades, Sweden distributed these little bits of instruction on catastrophe — until, that is, the end of the Cold War seemed to diminish their usefulness and they were discontinued.

Now, Sweden is bringing them back. 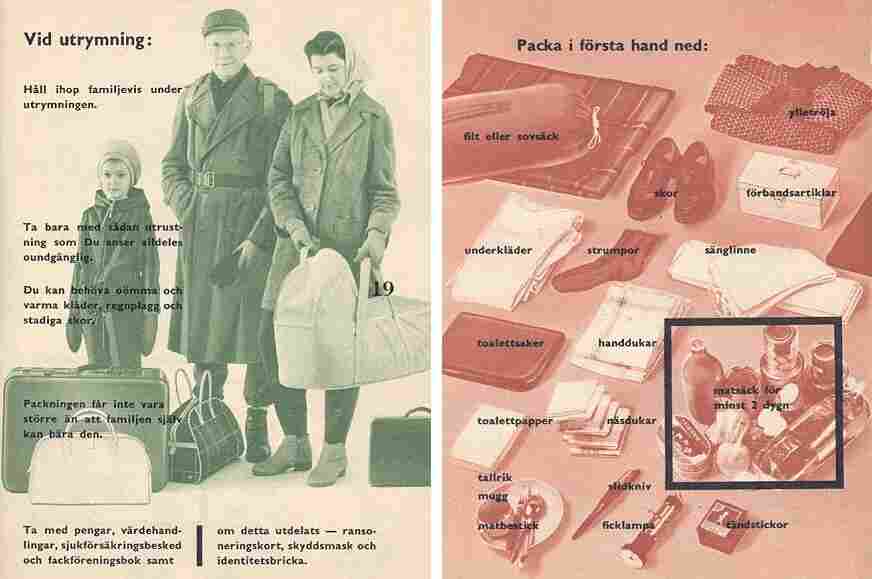 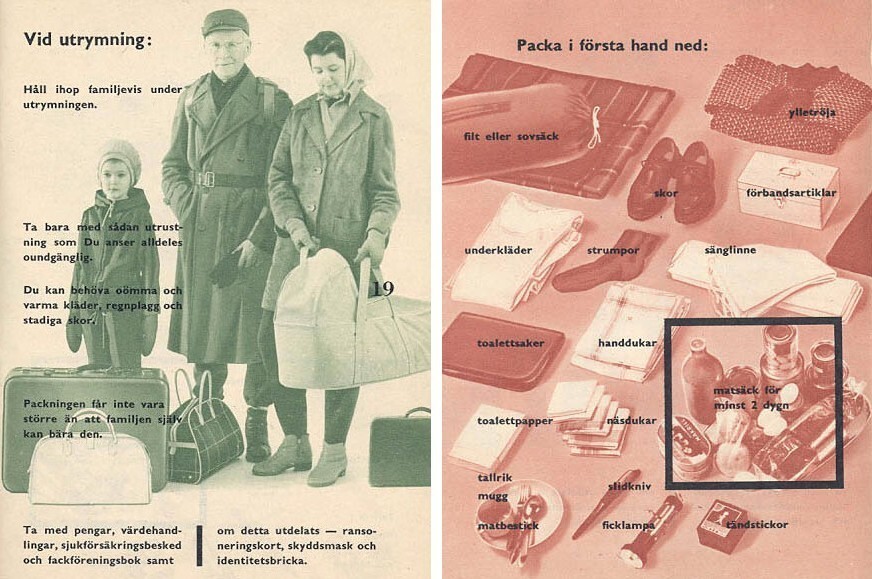 The Swedish Civil Contingencies Agency is organizing a reboot of the pamphlet, this time augmenting its advice on conventional warfare with tips on how to grapple with threats of this era: terrorism and cyberattacks, pandemics, misinformation campaigns and crises related to climate change.

The agency expects to deliver these pamphlets to 4.7 million Swedish households beginning in late May.

"Back then the focus was only on war; today society looks totally different. There are considerably more complex threats," Christina Andersson, spokeswoman for the Civil Contingencies Agency, told Sweden's Aftonbladet newspaper. "People need to learn more and know more about how to handle it."

In comments quoted by The Associated Press, Andersson added that the decision to revive the pamphlet after all this time was inspired by the "current security situation" around the Baltic Sea, referring to recent Russian movements in the region.

This is far from the first move recently undertaken because of such concerns.

Sweden, which remains officially neutral, staged a massive collaborative military exercise with NATO powers last fall on Gotland, a large island just off the country's southeastern coast where it has begun to garrison troops in recent years. The weeks-long drills included troops from the U.S., France and Denmark, as well as non-NATO neighbor Finland.

The exercise arose from worries about "a new security environment in this part of Europe with the annexation of Crimea (by Russia), war in Ukraine and pressure on Baltics," Swedish Defense Minister Peter Hultqvist told Britain's Sky News during the drills.

Hultqvist cited similar reasons last year when the country declared it would be bringing back military conscription. The draft had been discontinued since 2010, but as troop levels declined, and Swedish authorities observed more Russian "exercise activities in our neighborhood," Hultqvist said, "we have decided to build a stronger national defense."

And should that defense fail in a time of hypothetical crisis, Swedes will find advice in their soon-to-be delivered pamphlets — which have the same guiding principle they have always had, Andersson said.

"When society is experiencing severe disruptions, or is being completely interrupted, people have the responsibility to handle their own and their nearest relatives' fundamental needs for a while."