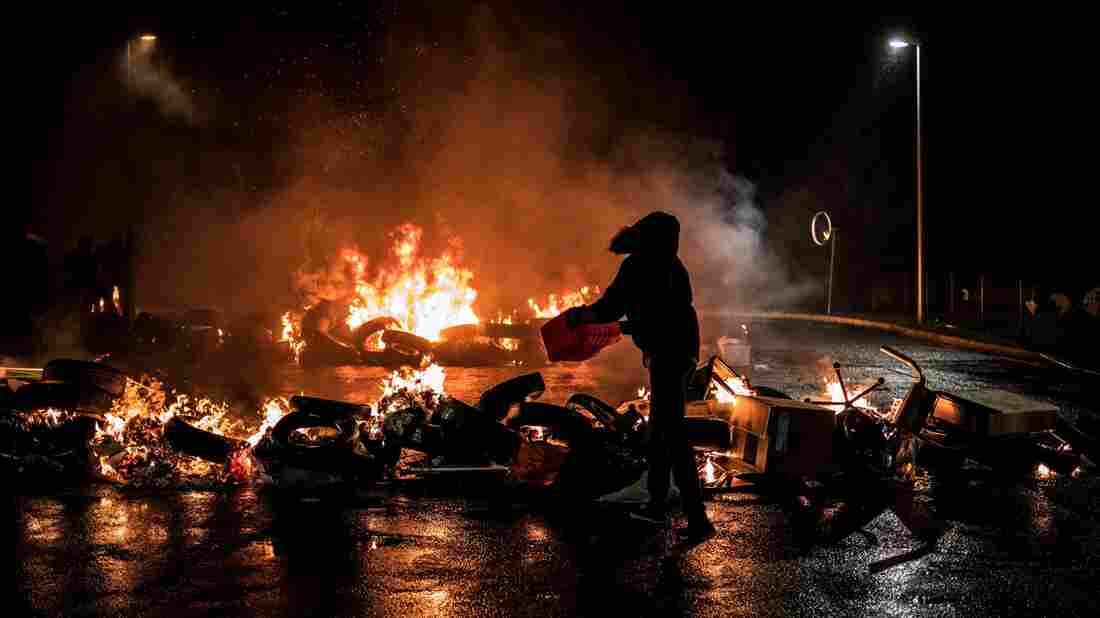 Striking prison guards light a fire as they demonstrate in front of Villefranche-sur-Saone prison on Monday as part of a nationwide movement to call for improved safety and wages. Jeff Pachoud/AFP/Getty Images hide caption 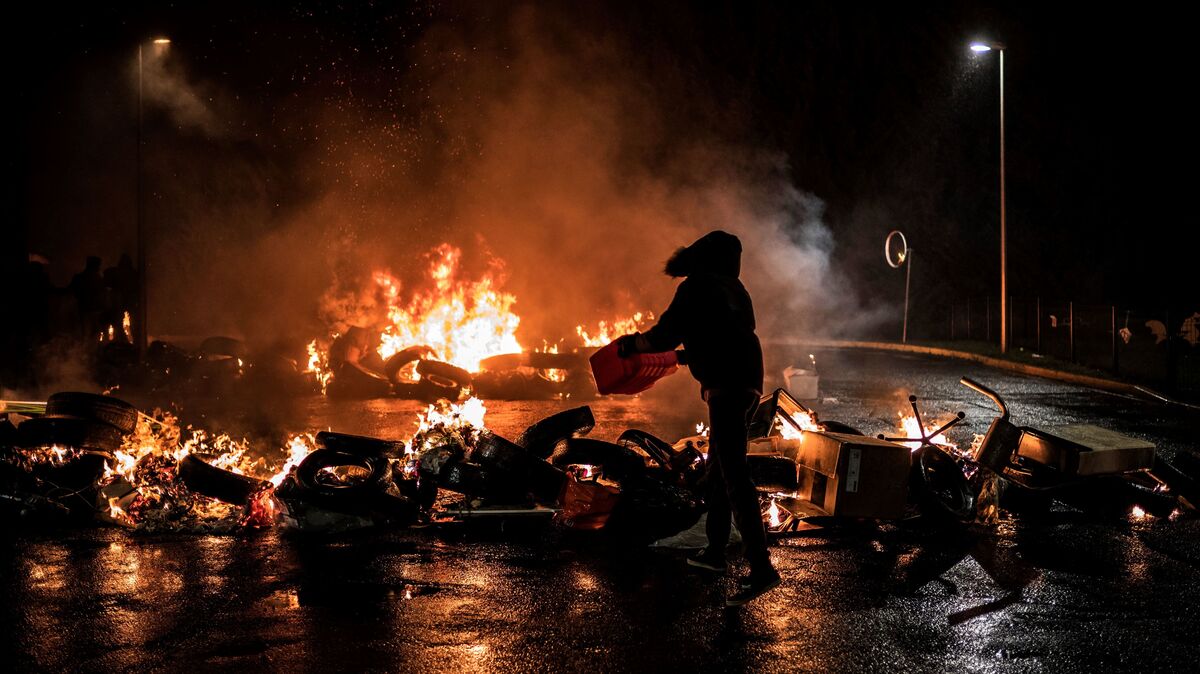 Striking prison guards light a fire as they demonstrate in front of Villefranche-sur-Saone prison on Monday as part of a nationwide movement to call for improved safety and wages.

Prison guards in France are protesting at many of the country's 188 prisons to acknowledge what they say is the government's indifference to attacks against them.

At the prison in the southern city of Marseille, about 100 guards protested, setting a small fire and blocking the entrance, according to The Associated Press.

The Local reports that 120 prisons nationwide have been similarly blockaded by striking guards.

Unions have been pushing for increased safety and better pay at the country's notoriously violent and overcrowded facilities, according to France24.

"The spate of prison attacks began on January 11, when German convict Christian Ganczarski, a former top al Qaeda militant, attacked three officers with scissors and a razor blade at a high-security prison in northern France.

Two other attacks followed in less than a week, prompting guards to launch the nationwide strike.

In a further attack at a Corsican jail on Friday, three inmates, including one under surveillance for Islamic [radicalization], attacked two guards with a knife, wounding one of them seriously."

President Emmanuel Macron has promised to outline a plan to overhaul the nation's prison system next month, including renovations to existing facilities and expansions aimed at housing an additional 15,000 inmates, according to The Local.