Accessibility links
3 USA Gymnastics Board Members Resign, As Fallout From Abuse Scandal Continues : The Two-Way The resignations come during the sentencing hearing for Larry Nassar, who has admitted to sexually abusing women and girls as a doctor for USA Gymnastics and Michigan State University. 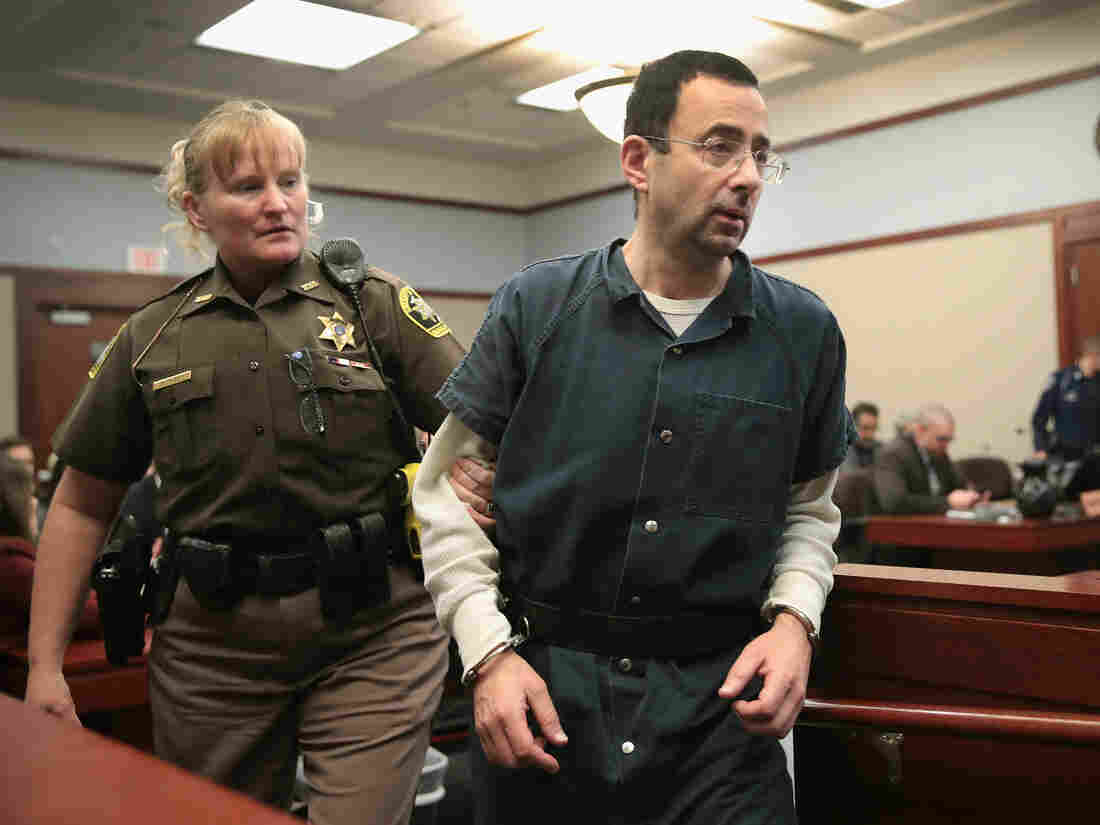 Larry Nassar appears in court last Wednesday in Lansing, Mich., to listen to victim impact statements during his sentencing hearing. He is accused of molesting more than 100 girls while he was a physician for USA Gymnastics and Michigan State University. Scott Olson/Getty Images hide caption 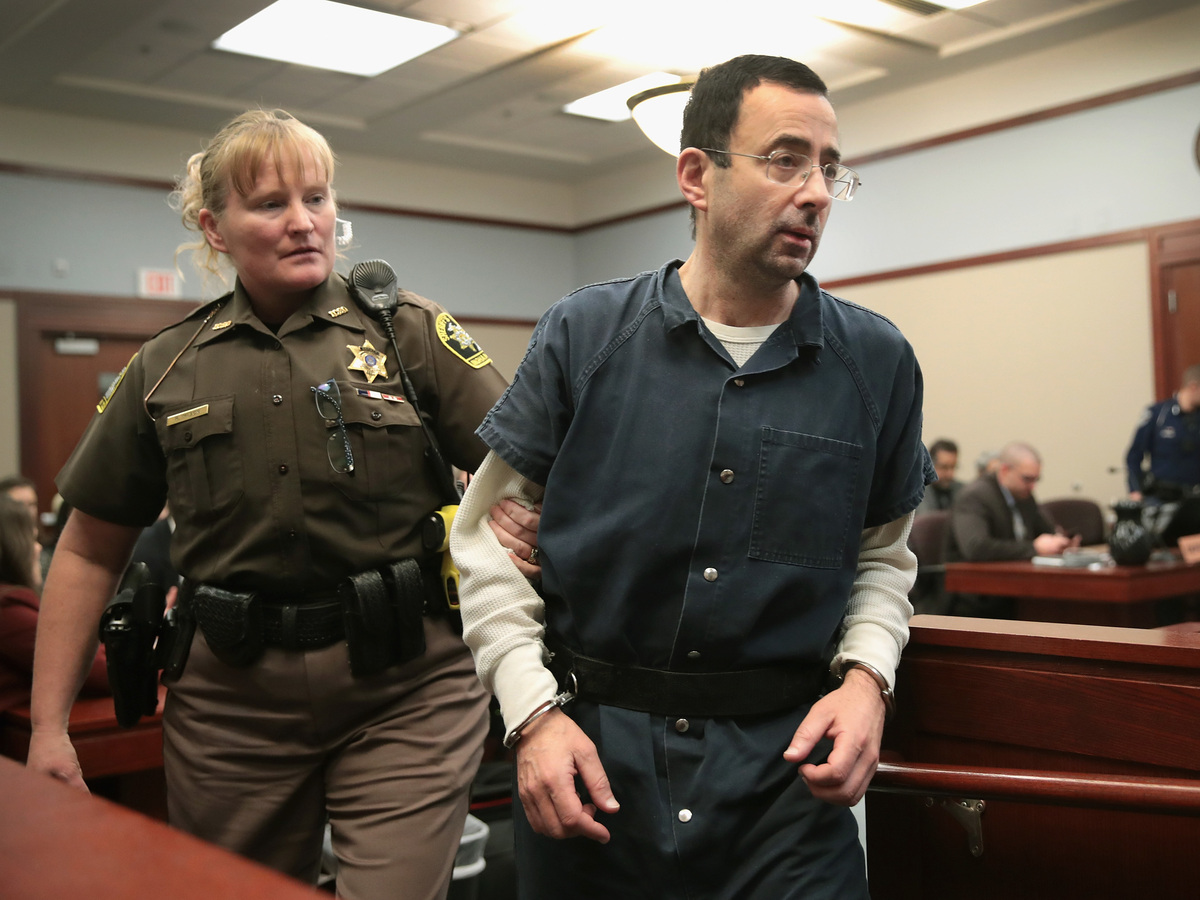 Larry Nassar appears in court last Wednesday in Lansing, Mich., to listen to victim impact statements during his sentencing hearing. He is accused of molesting more than 100 girls while he was a physician for USA Gymnastics and Michigan State University.

Three key board members at USA Gymnastics have resigned, the organization said Monday. The moves indicate continued tumult at the sport's governing body as the sentencing hearing continues for former team doctor Larry Nassar, who has admitted to the sexual assault of minors under his care.

The resignations of chairman Paul Parilla, vice chairman Jay Binder and treasurer Bitsy Kelley were announced by USA Gymnastics, which said its board of directors would identify an interim chairperson until a permanent one is selected.

"We support their decisions to resign at this time," USA Gymnastics President and CEO Kerry Perry said in a statement that thanked the three for their years of service to the organization. "We believe this step will allow us to more effectively move forward in implementing change within our organization."

As NPR's Vanessa Romo reported last week, more than 100 women are telling their stories of abuse during Nassar's sentencing hearing: "Nassar has pleaded guilty to seven first-degree sexual assault charges in Ingham County, Mich., but Judge Rosemarie Aquilina is allowing all of his accusers to speak if they want to before issuing Nassar's sentence. He has already been sentenced to 60 years in prison for child pornography in a federal case."

Michigan State University, where Nassar's sports medicine practice was based, is also under fire. One accuser testified on Friday that she had been assaulted by Nassar and told the university about it back in 1997. An investigation by The Detroit News found that 14 university officials were told of reports of sexual misconduct by Nassar in the two decades before he was arrested and that at least eight women had reported his actions.

A front-page editorial in the MSU student newspaper called for the resignation of university President Lou Anna Simon: "Survivors of ex-MSU and USA Gymnastics doctor Larry Nassar's sexual abuse cannot move on without change. You 'apologized' to them, you have thrown money at them, but about the only thing you haven't done is listen."

On Tuesday one victim called Simon a "coward" for not attending the sentencing hearing, NBC News reports; Simon was present the next day.

USA Gymnastics announced last week that it had severed ties with the Karolyi Ranch in Huntsville, Texas, which had served as the training center for the USA Gymnastics National Team and where some members of the national team said they had been assaulted.

Nassar has admitted to molesting young athletes and has taken a plea deal. In addition to his decades in prison for child pornography, he faces a minimum of 25 to 40 years for the assaults, according to the AP, though the maximum sentence could be significantly higher.