Accessibility links
Who's Trading Bitcoin? South Korea Wants To Know : The Two-Way Seoul announced that beginning next week, all trading in cryptocurrencies such as bitcoin and Ether must be traceable. Authorities also say digital currency exchanges in South Korea will be taxed. 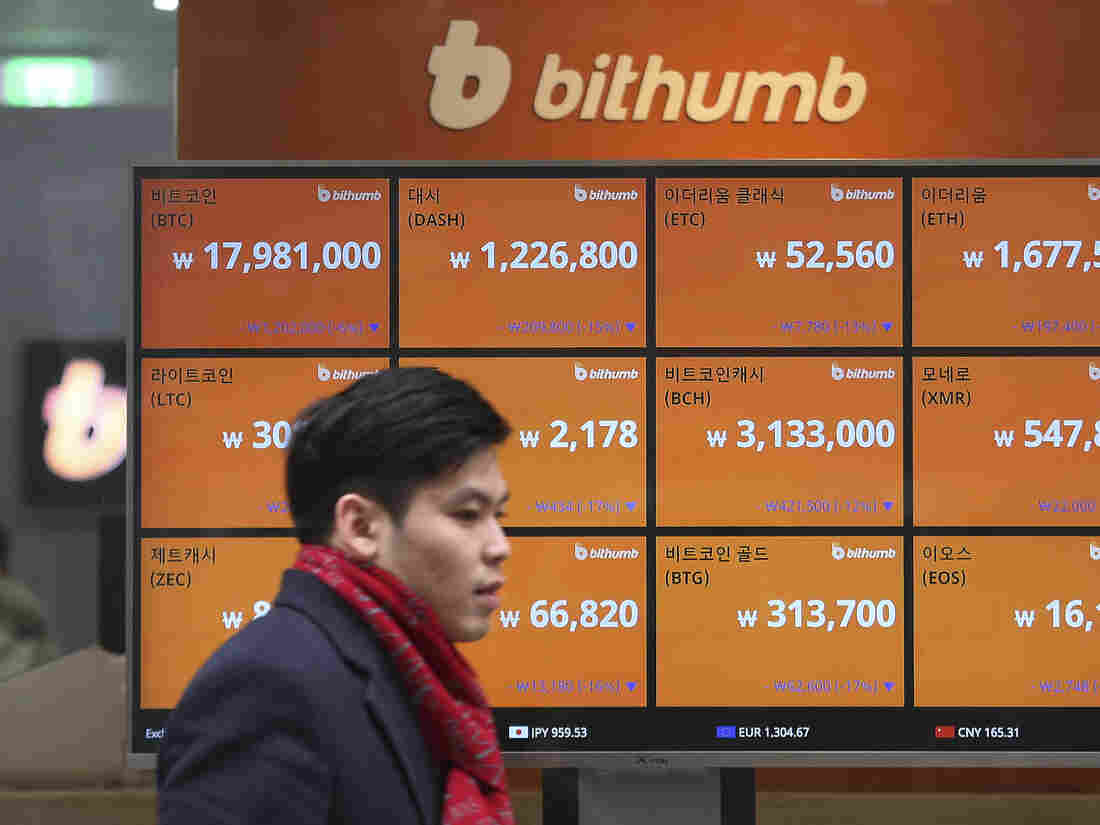 A man passes by a screen showing the prices of bitcoin at a virtual currency exchange office in Seoul, South Korea, on Tuesday. Ahn Young-joon/AP hide caption 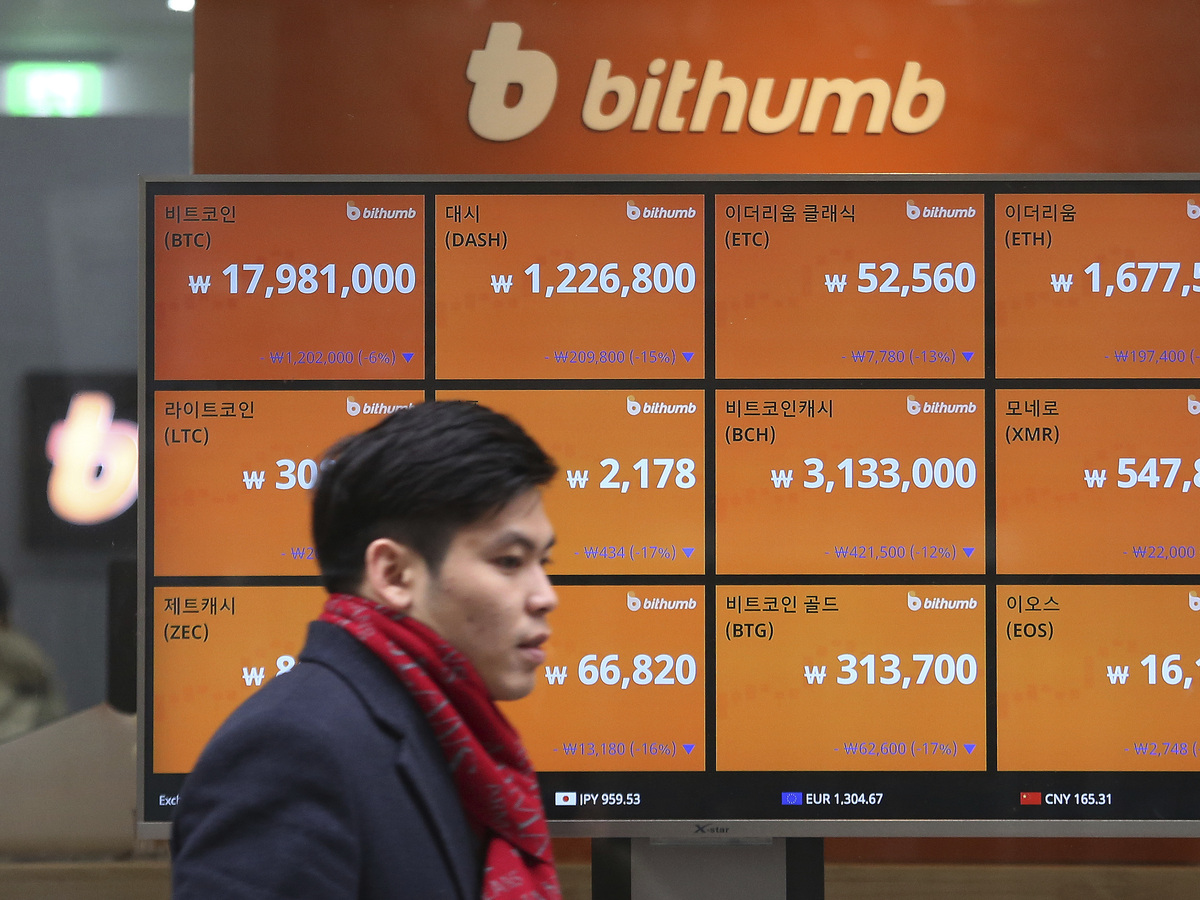 A man passes by a screen showing the prices of bitcoin at a virtual currency exchange office in Seoul, South Korea, on Tuesday.

South Korea is requiring that anonymous transactions involving cryptocurrencies such as bitcoin be made traceable and that exchanges for digital currencies be subject to a 24.2 percent tax.

South Korea is home to one of the world's largest bitcoin exchanges and is the third-largest market for it, behind Japan and the U.S.

Although policy directives announced this week were telegraphed last month, they come at a time when bitcoin has been trending about 50 percent lower than its peak of nearly $20,000 in mid-December. Other cryptocurrencies, such as Ether, have also fallen sharply in the past week.

He said it would keep foreigners without a South Korean bank account and minors younger than 19 from trading bitcoins and other digital currencies. Accounts that have been used until now to trade such currencies will be discontinued, Kim said.

"We expect that cryptocurrency exchanges that are in danger of being exploited for money laundering will be thrown out of the market," Kim told reporters.

Reuters reports: "The new requirements are meant to ensure that a cryptocurrency investor's money comes from a bank account owned by the same individual. Banks will be able to refuse to open accounts with cryptocurrency exchanges that do not disclose information about suspicious trading. They were told to closely monitor crypto trading that exceeds 10 million won ($9,338) a day or 20 million won ($18,676) per week and also accounts owned by corporations or groups and report any suspicious activity to the authorities."

The new tax is in line with what the government currently charges all corporations that earn more than 20 billion won ($18.7 million) per year.

Cointelegraph.com writes: "Bithumb, which is the largest exchange globally at $2.85 [billion] daily trading volume as of press time, was hacked in February 2017, losing about $7 [million] in mostly Bitcoin and Ether. This security breach, along with several other breaches of South Korean exchanges, has recently been more definitively linked to North Korean hackers."

Earlier this month, South Korea said it was considering a complete ban on trading bitcoins.