Accessibility links
Philippine Volcano Erupts, Causing 56,000 To Flee : The Two-Way Authorities raised Mount Mayon's alert level to 4 out of a possible 5, indicating "intense unrest" and the possibility of a particularly violent, hazardous eruption within days. 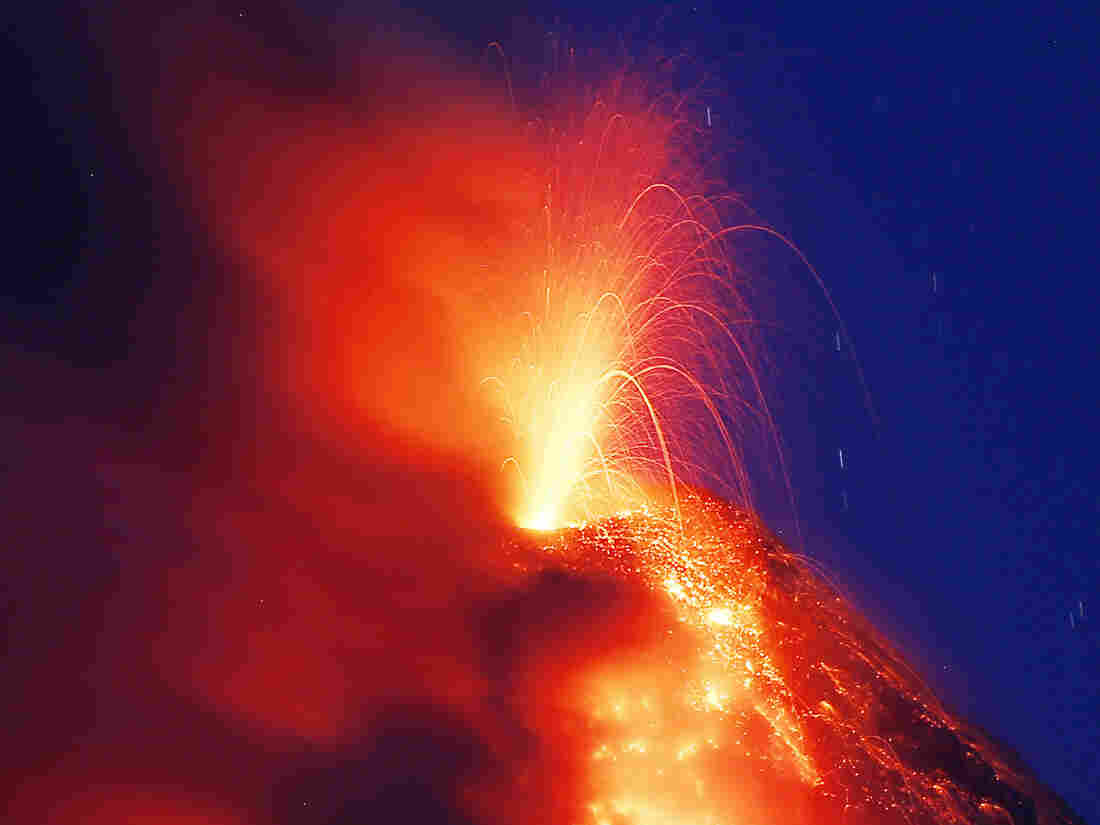 Lava cascades down the slopes of Mount Mayon on Tuesday as it erupts for a second day, seen from Legazpi city, Philippines. Thousands of villagers were evacuated amid warnings that a violent eruption could be imminent. Bullit Marquez/AP hide caption 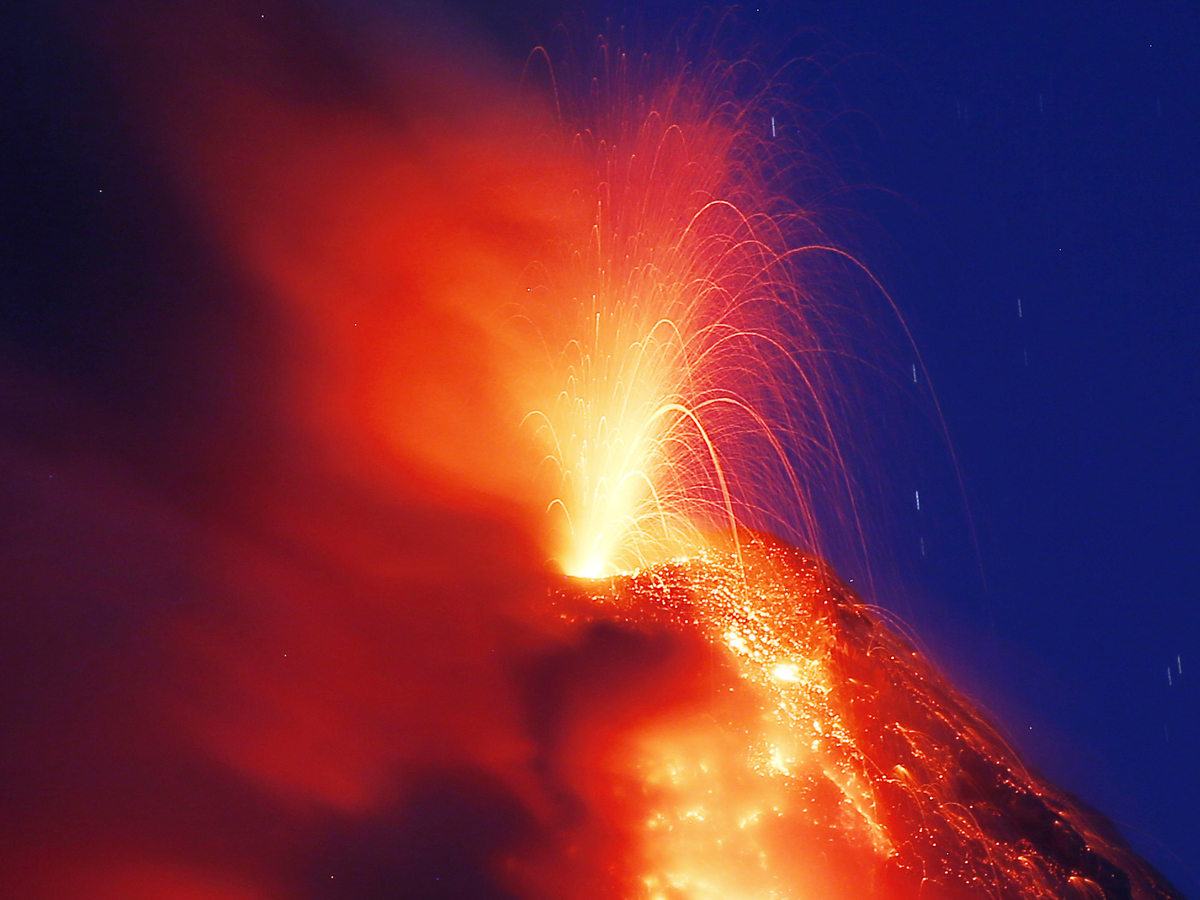 Lava cascades down the slopes of Mount Mayon on Tuesday as it erupts for a second day, seen from Legazpi city, Philippines. Thousands of villagers were evacuated amid warnings that a violent eruption could be imminent.

"The lava fountains reached 500 meters to 700 meters [1,640 feet to 2,297 feet] high and generated ash plumes that reached 2.5 kilometers to 3 kilometers [1.6 miles to 1.9 miles] above the crater," reported the Philippine Institute of Volcanology and Seismology.

The institute said two "explosion-type earthquakes" had occurred, as well as 18 tremor events — some of which sent forth fountains of lava. One of the lava flows advanced nearly 2 miles from the summit's crater.

Authorities raised the volcano's alert level to 4 out of a possible 5, indicating "intense unrest" and the possibility of a hazardous eruption within days. The alert extends the danger zone around Mayon to approximately 5 miles.

More than 56,000 people fled the surrounding areas and were taking shelter in evacuation camps, officials told the AP; the army and police were helping others move from their homes.

"We couldn't sleep last night because of the loud rumblings. It sounded like an airplane that's about to land," 59-year-old farmer Quintin Velardo told the AP at an evacuation center in Legazpi city.

The volcano erupted again while Velardo was being interviewed by the AP. "There it goes again," he said. "I tell my grandchildren to study hard so they can live elsewhere without a volcano to keep an eye on all your life."

Cedric Daep, a disaster response official in Albay province, told reporters that he had recommended electricity and water supplies be cut off, to discourage residents from returning to their homes.

"If pyroclastic flows hit people, there is no chance for life," Daep said, according to the AP. "Let us not violate the natural law, avoid the prohibited zone, because if you violate, the punishment is the death penalty."

Reuters reports that the Civil Aviation Authority of the Philippines said it had shut down the Legazpi airport because of falling ash, affecting both international and domestic flights.

Volcanic ash blanketed skies and plunged villages into darkness, the AP reports. Authorities told the wire service that more than 30,000 ash masks along with food, water and medicine are being distributed to evacuation centers, but that relief goods could run out if the eruptions continue and more supplies don't arrive on time.

Mayon's symmetrical conical shape makes it a popular destination for tourists, despite previous eruptions that have killed hikers.