Accessibility links
Ursula K. Le Guin, Whose Novels Plucked Truth From High Fantasy, Dies At 88 : The Two-Way The author, best known for works such as the Earthsea series and The Left Hand of Darkness, used her fantastic realms to grapple with difficult themes. She leaves a legacy as a literary trailblazer. 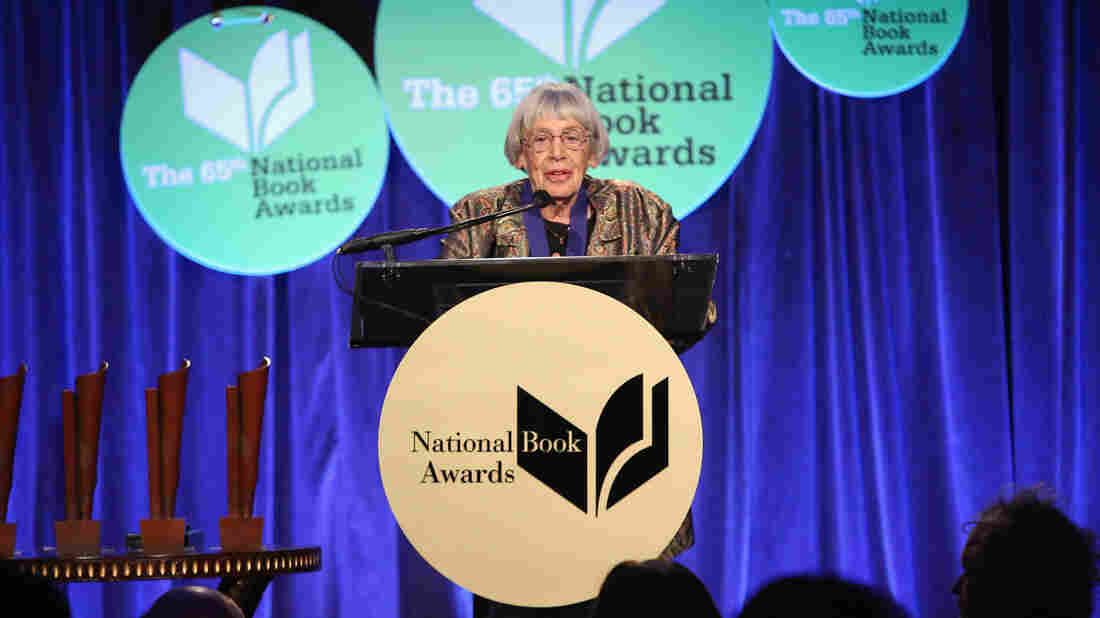 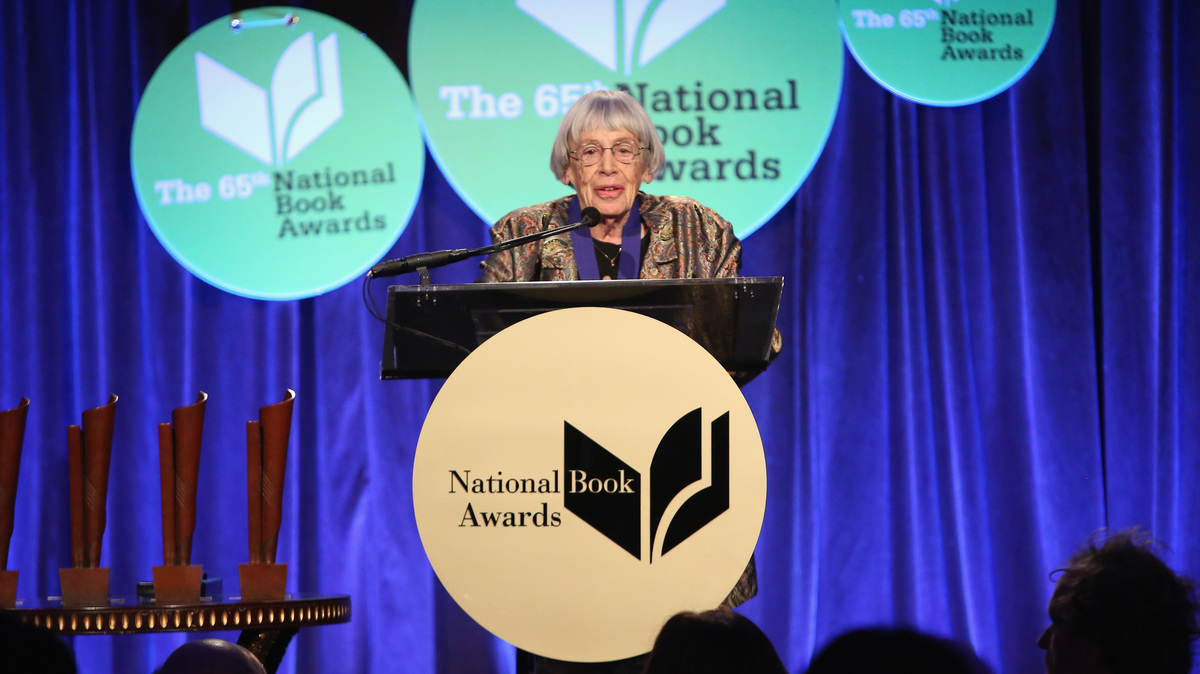 Ursula K. Le Guin speaks at the 2014 National Book Awards, where she was presented with lifetime achievement honors.

Ursula K. Le Guin, a prolific novelist best known for the Earthsea series and The Left Hand of Darkness, died Monday at the age of 88. Across more than 20 novels and scores of short stories, Le Guin crafted fantastic worlds to grapple with profoundly difficult questions here on Earth, from class divisions to feminist theory.

Her son, Theo Downes-Le Guin, confirmed to NPR that she died at her home in Portland, Ore., where she lived with her husband of more than six decades.

"She was a peaceful warrior," he said Tuesday, "but for us as family, her legacy as a wife and mother is just as extraordinary."

Across the decades-long span of her career — from her first short story submission at the age of 11 to her work well into her 80s — Le Guin stood as a towering figure in science fiction and fantasy. Indeed, she completed a triple crown of the genres' biggest prizes, earning the Hugo, Nebula and Locus awards several times over.

"Throughout her life she embraced new forms of technology; she was constantly pushing boundaries and barriers. That is inspiring to me," Kowal said.

A child of anthropologists, Le Guin approached her worlds with the investigative eye of one encountering a culture for the first time.

In The Left Hand of Darkness, released in 1969, interplanetary visitor Genly Ai struggles to make sense of a world in which gender is fluid — when it's not altogether absent in the androgynous natives. And in the different societies of The Dispossessed, published in 1974, Le Guin explores the frictions born of vastly different ideologies scraping up against each other. 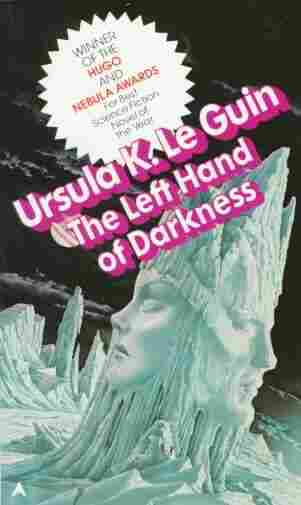 The Left Hand of Darkness

And, as her characters often grappled with new worlds, Le Guin herself blazed a trail rarely trod by female writers before her.

For evidence of this mainstream respect, a reader need look no further than the lifetime achievement honors bestowed on her at the 2014 National Book Awards — where she also delivered a fiery defense of the practice of literature as a whole.

"Hard times are coming," she warned, "when we'll be wanting the voices of writers who can see alternatives to how we live now, can see through our fear-stricken society and its obsessive technologies to other ways of being, and even imagine real grounds for hope. We'll need writers who can remember freedom — poets, visionaries, realists of a larger reality."

Many of those writers mourned her death on Tuesday.

"Her words are always with us. Some of them are written on my soul," tweeted Neil Gaiman, who presented that 2014 National Book Award to her. "I miss her as a glorious funny prickly person, & I miss her as the deepest and smartest of the writers, too."

Her words will live beyond her death Monday, ringing still in the worlds she opened in her fiction, poetry and essays.

"Writing is a kind of way of speaking, and I hear it," Le Guin told Weekend Edition in 2015. "And I think a lot of readers hear it, too. Even if they hear it in silence."