Accessibility links
LeBron James Becomes Youngest NBA Player To Join 30,000-Point Club : The Two-Way James became the seventh player to achieve the milestone when he hit a jumper in San Antonio with one second left in the first quarter. James' Cleveland Cavaliers lost to the Spurs 114-102. 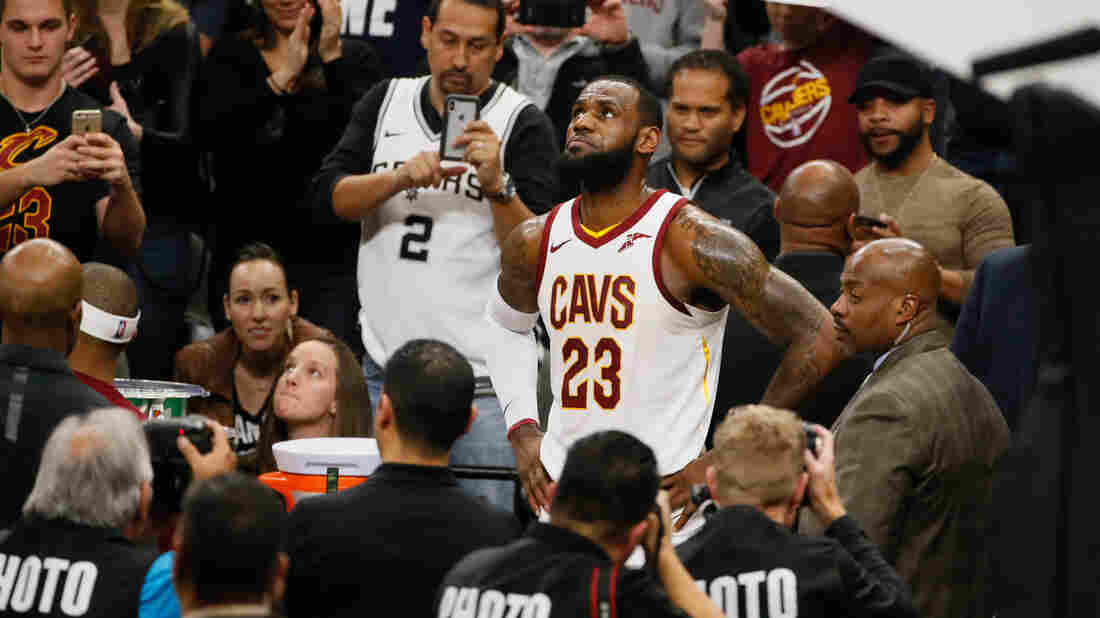 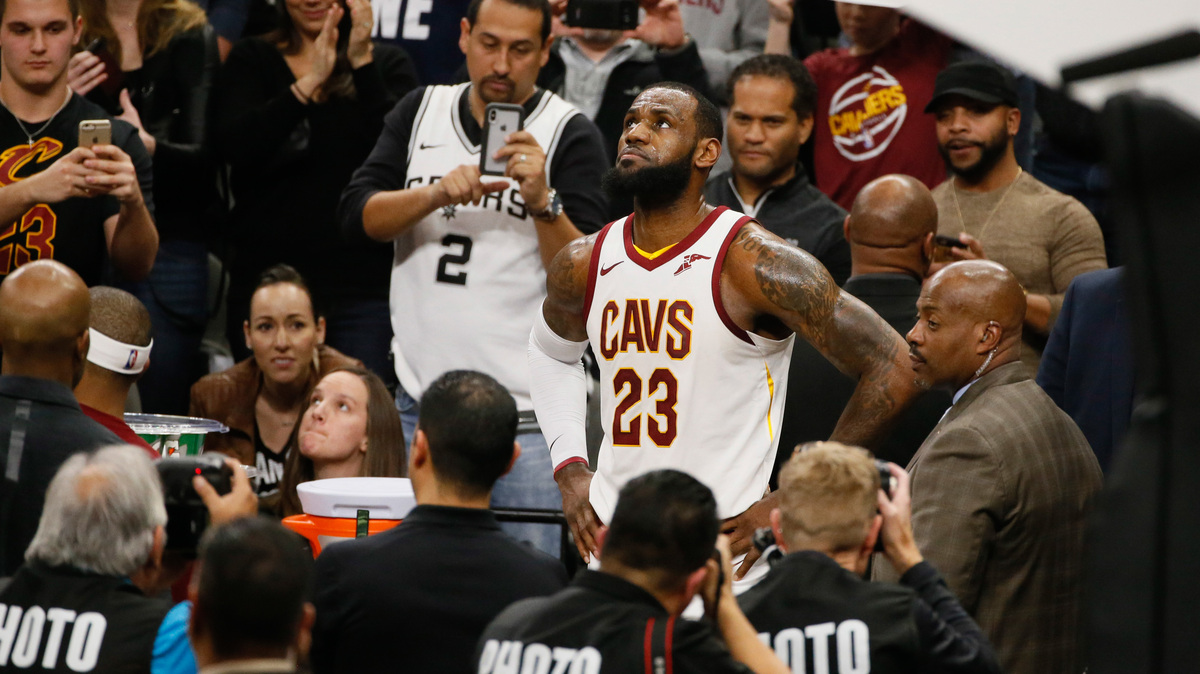 Cleveland Cavaliers LeBron James celebrates after scoring his 30,000 career point during a time out against the Spurs at AT&T Center in San Antonio Tuesday night.

He finished the game with 28 points. While that was more than enough to get James into the club, it was not however enough for the Cavaliers to win the game. The Spurs won 114-102 in San Antonio.

James became the seventh player with 30,000 career points when he hit a jumper with one second left in the first quarter.

In addition, James became the first NBA player to add 7,000 rebounds and 7,000 assists to his point total.

He was recognized by the arena before the second quarter and got a standing ovation from Spurs fans. James patted his heart and said "thank you so much."

ESPN reports on his reaction to the career event:

"I give a lot of thanks to a lot of people. This is a special moment. It's something I never set out to do. I'm not even a score-first guy when it comes to playing basketball. I love getting my teammates involved and seeing my teammates be excited about scoring and me getting the assist and things of that nature."

James is not known for being a scorer, but "[dominating] in all facets --rebounding, assisting, defending, getting some blocked shots...," explained James. He has averaged 27.1 points a game since he began playing in the league in 2003, at the age of 18 and right out of high school.

The 14-time All-Star is also the youngest person to join the prestigious point club. He's done it all at the age of 33 years and 24 days.

He bested Kobe Bryant, who was 34 years and 104 days when he reached the mark.

The complete list of participants for the NBA's All-Star Game on Feb. 18 at the Staples Center in Los Angeles was unveiled Tuesday night.