Accessibility links
Sen. Tammy Duckworth's Pregnancy Set To Be Another First For The Illinois Democrat : The Two-Way Duckworth would become the first U.S. senator to give birth while in office. 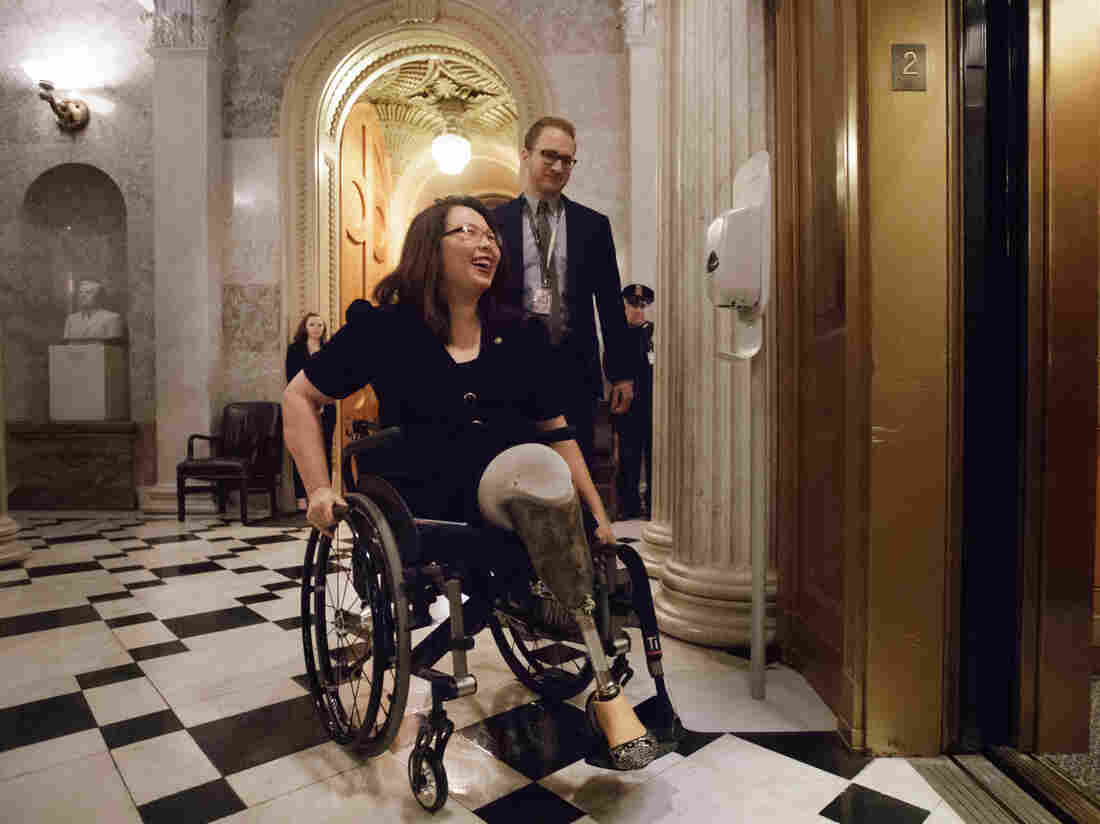 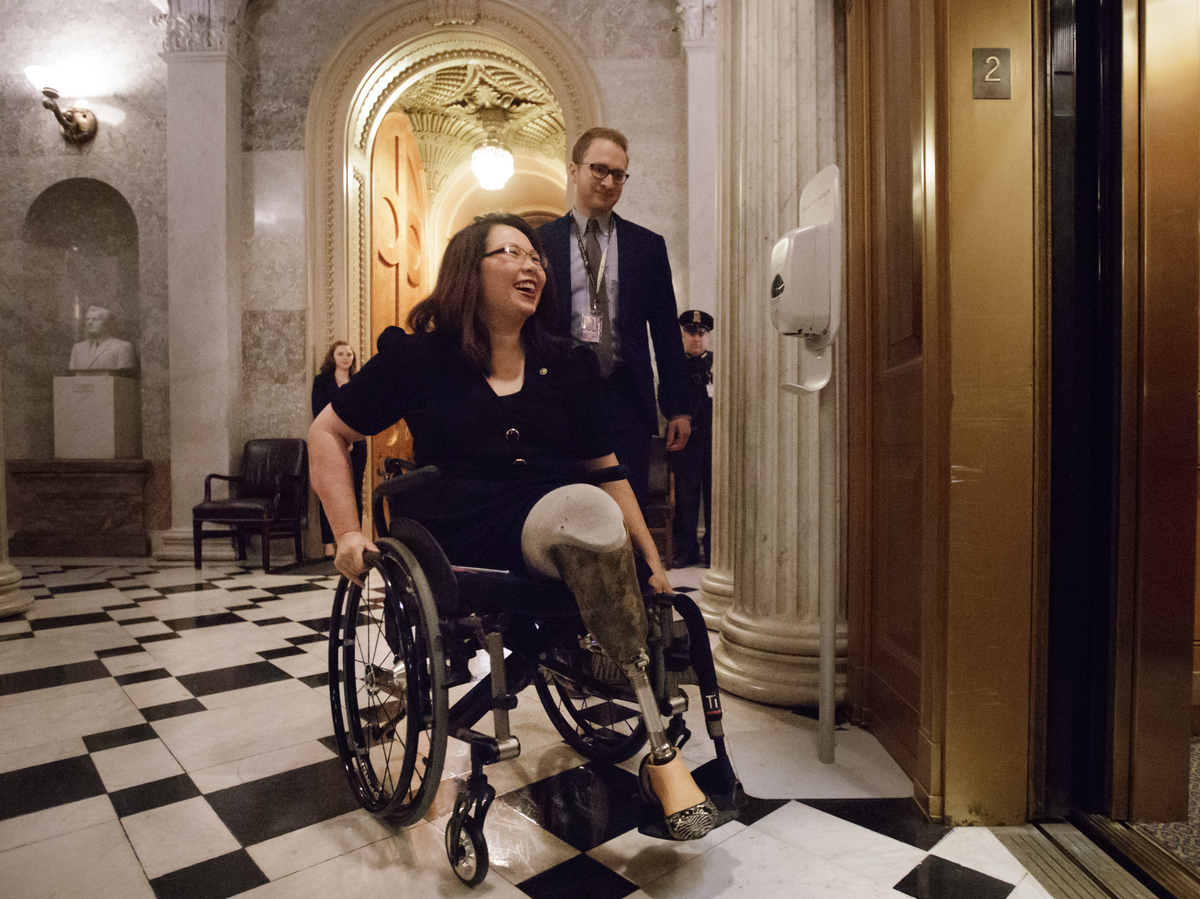 Sen. Tammy Duckworth is no stranger to firsts: She is already the first Asian American woman to be elected to Congress from her home state of Illinois and the first disabled woman to win election from any state.

On Tuesday, she announced that she's pregnant with her second child — and that would make her the first serving U.S. Senator to give birth while in office.

In a light-hearted announcement on Twitter, Duckworth made a play on her surname with a graphic of four ducks: a reference to herself, husband Bryan Bowlsbey, daughter Abigail and the impending arrival.

In a subsequent tweet, Duckworth expressed thanks for "the outpouring of congratulations and support," but added: "I'm hardly alone or unique as a working parent, and my daughter Abigail has only made me more committed to doing my job and standing up for hardworking families everywhere."

Born in Thailand to an American father and Thai mother, Duckworth served in the Illinois Army National Guard for more than two decades and had risen to the rank of lieutenant colonel by the time of her 2014 retirement. She lost her legs in Iraq in 2004 when a rocket-propelled grenade hit the Black Hawk helicopter she was piloting.

Sen. Tammy Duckworth Talks About Her Trip To South Korea

The Chicago Sun Times reports that Duckworth and her husband "tried various fertilization methods over a period of years before Abigail O'kalani Bowlsbey was conceived through a form of in vitro fertilization."

After Abigail's birth by cesarean section, the couple waited 18 months to try again, the Sun Times says. "I've had multiple IVF cycles and a miscarriage trying to conceive again, so we're very grateful," she told the newspaper.