Accessibility links
NAACP Sues Trump Administration Over Ending Protected Status For Haitians : The Two-Way Many Haitians in the U.S. have been protected from deportation since a 2010 earthquake, but the DHS says Haiti has improved enough for their return. The NAACP says the decision is racially motivated. 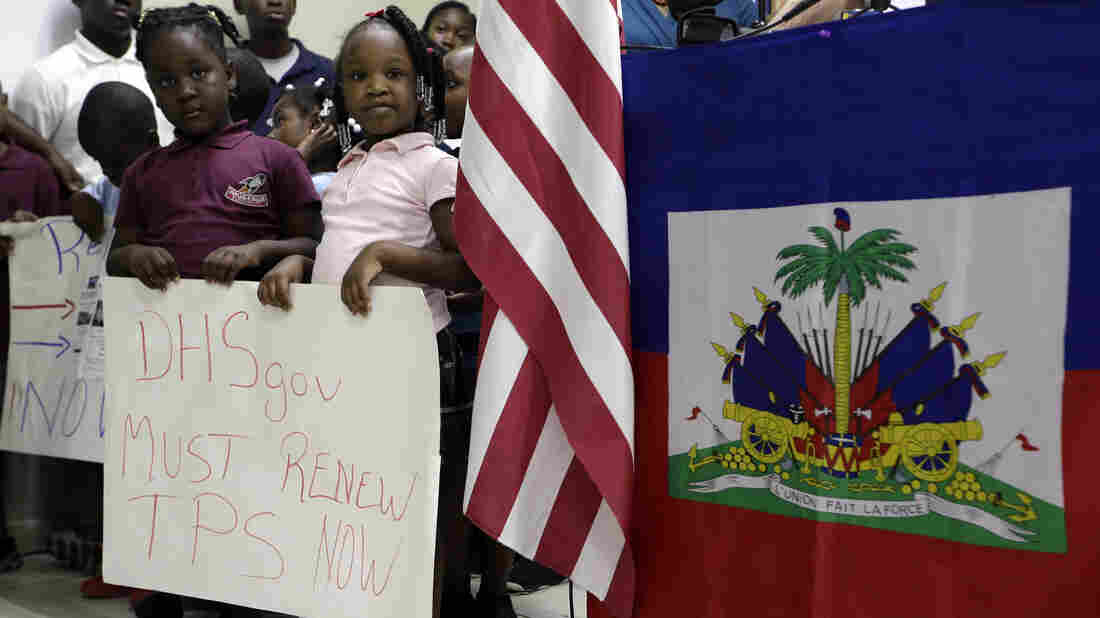 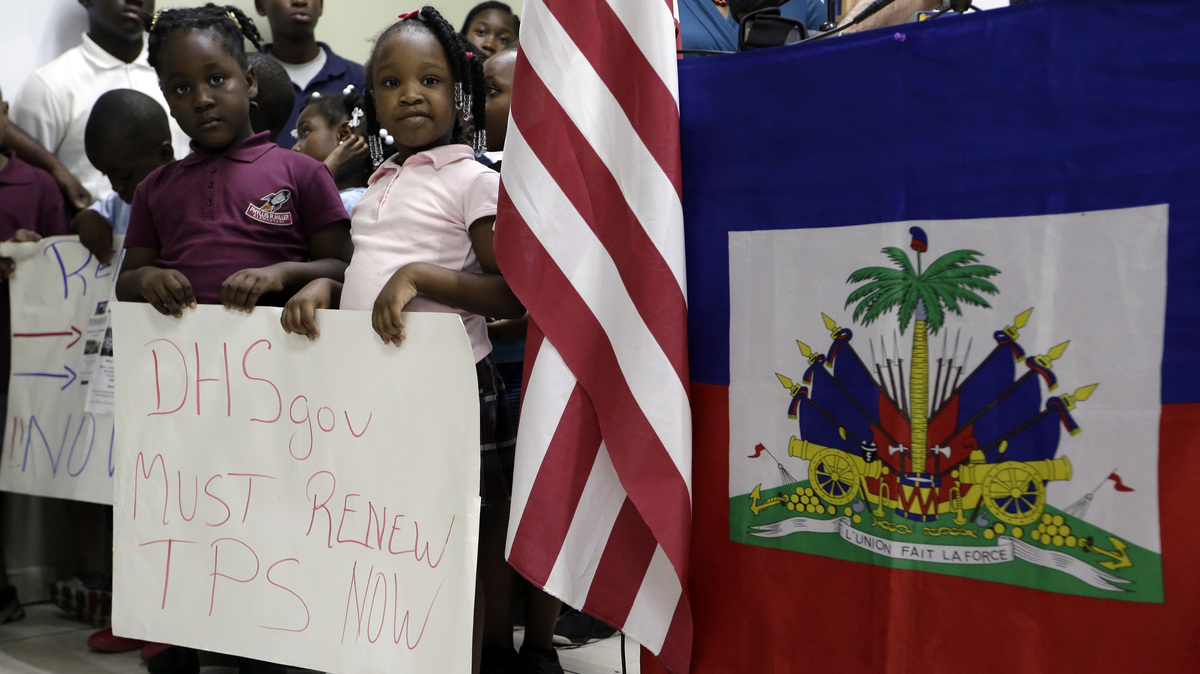 Children hold signs at a November news conference in Miami in support of renewing temporary protected status for immigrants from Central America and Haiti.

The NAACP is suing the Department of Homeland Security over the Trump administration's decision to terminate the temporary protected status, or TPS, of tens of thousands of Haitians living in the U.S.

At least 46,000 Haitians are living in the U.S. with protection from deportation and the ability to work under the TPS program, which is meant to help immigrants from countries affected by natural disasters or wars.

In January 2010, the Obama administration announced that it would give TPS protections to Haitians already in the U.S. after a devastating earthquake flattened hundreds of thousands of buildings and killed more than 100,000 people in Haiti.

But the Trump administration announced plans to cancel the status for Haitians in November, saying conditions have improved since then. Former Acting Secretary of Homeland Security Elaine Duke said the "extraordinary but temporary conditions caused by the 2010 earthquake no longer exist" in the country.

The NAACP Legal Defense and Educational Fund filed a lawsuit on Wednesday in the U.S. District Court for the District of Maryland, seeking a court injunction of that decision, arguing it was "an egregious departure from the TPS statute's requirements and an intent to discriminate on the basis of race and/or ethnicity."

The complaint says Haiti is "ill-prepared to receive" the tens of thousands of Haitians living in the U.S. after a cholera outbreak in 2010 and a hurricane in 2016 impeded Haiti's recovery from the earthquake.

The group argues that Duke and current DHS Secretary Kirstjen Nielsen "took irrational and discriminatory government action, denying Haitian immigrants their right to due process and equal protection under the Fifth Amendment."

The legal defense fund and the NAACP say the suit has been filed on behalf of Haitian members of the organizations who are protected under the TPS program.

The lawsuit cites a May 2017 report by The Associated Press that a top official from U.S. Citizenship and Immigration Services requested data on crimes committed by Haitians in the TPS program, a step the AP calls "unorthodox."

The group also quotes a New York Times report that President Trump said 15,000 of the Haitians who came to the U.S. in 2017 "all have AIDS" as evidence of what it calls President Trump's "racialized goals concerning immigration." Earlier this month Trump also reportedly asked why the U.S. needs "more Haitians" and immigrants from countries he allegedly described with a vulgar slur.

U.S. Cancels Program For Recent Haitian Immigrants; They Must Leave By 2019

The end of the TPS program for Haitians does not take effect until July 2019 to allow time for what the DHS called an "orderly transition."

The administration has also announced the end of TPS status for the roughly 200,000 Salvadorans now in the U.S. who have been protected since large earthquakes in El Salvador in 2001; that is scheduled to end in September 2019. About 57,000 Hondurans make up the other major group protected under TPS; the DHS says it will determine whether to extend or end their status by early May of this year.