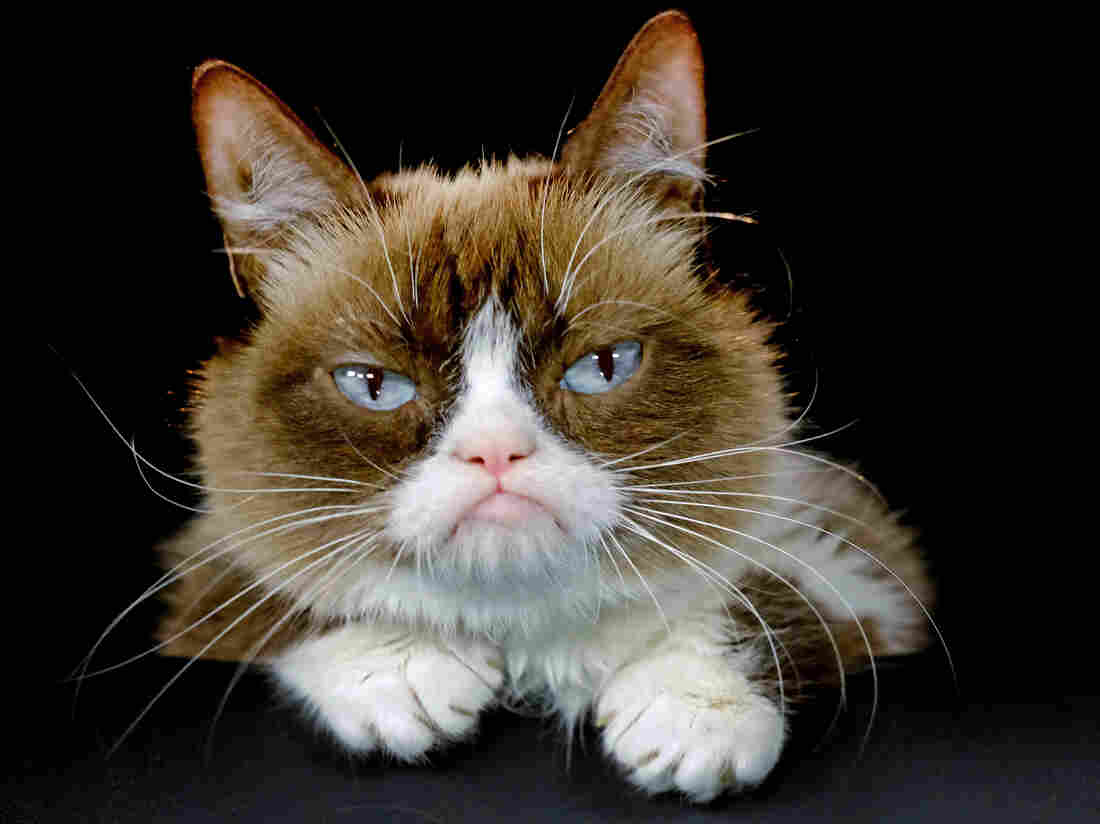 Grumpy Cat appears unimpressed posing for a photo during an interview at The Associated Press bureau in Los Angeles in December 2015. Richard Vogel/AP hide caption 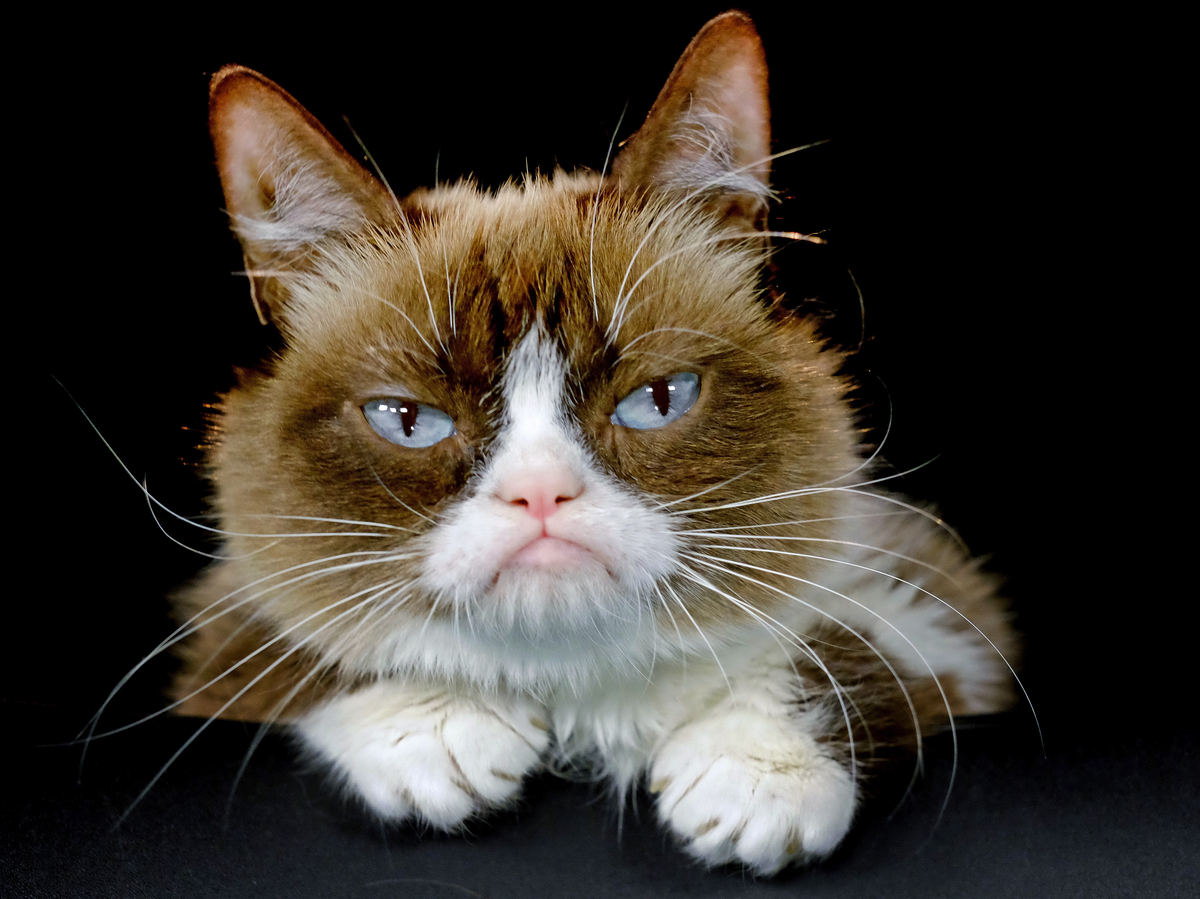 Grumpy Cat appears unimpressed posing for a photo during an interview at The Associated Press bureau in Los Angeles in December 2015.

Grumpy Cat finally has something to smile about.

The perpetually scowling kitty, whose real name is Tardar Sauce, has been awarded a cool $710,000 in a copyright infringement case. Or at least her human, Tabatha Bundesen, has.

Not only is Grumpy Cat more prevalent than fake news on Facebook, but her likeness has also been licensed for use on everything from calendars to books of feline philosophy (one of which spent 11 weeks on the NPR Hardcover Nonfiction Bestseller List). She has even made it into the Forbes list of Top Influencers.

In 2013, at the height of Grumpy Cat fame, Bundesen entered into a partnership agreement with father and son Nick and Paul Sandford to license to market the line of iced coffee using the cat's likeness. The Sandfords paid Bundesen's company $150,000 in upfront royalties. 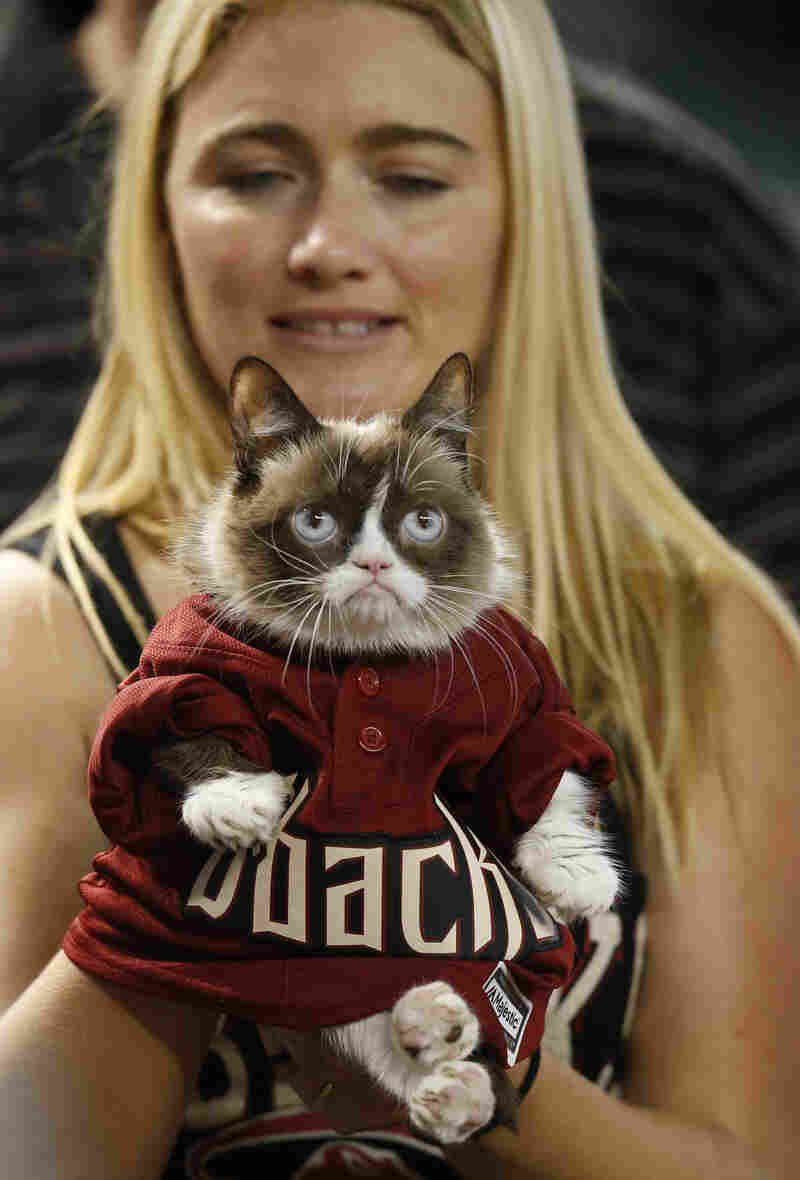 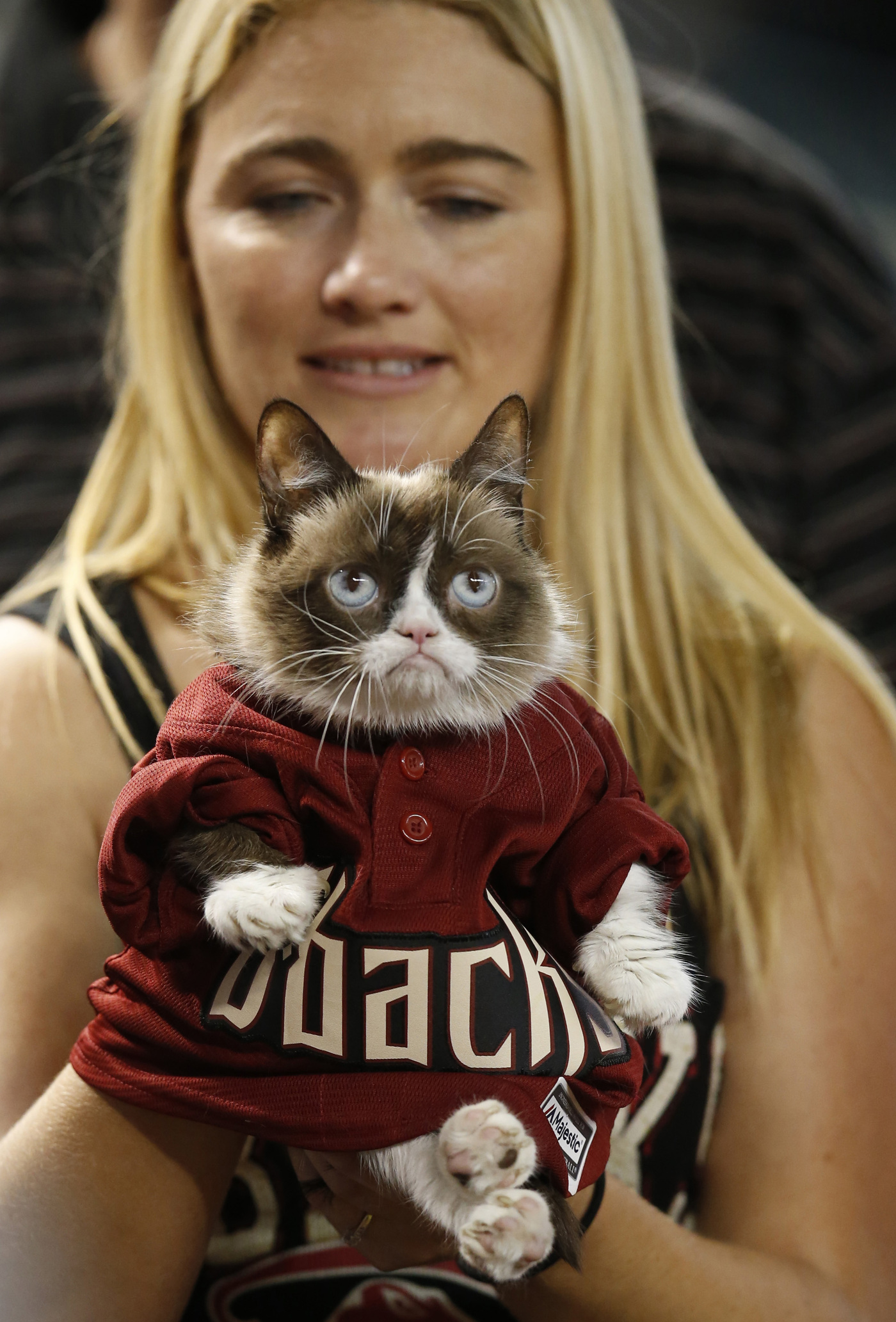 Owner Tabatha Bundesen holds Grumpy Cat, an Internet celebrity cat whose real name is Tardar Sauce, before a 2015 baseball game between the Arizona Diamondbacks and the San Francisco Giants.

First, Grumpy Cat Ltd. sued the Sandfords' company, claiming breach of contract. In addition to the iced coffee, it said, Grenade Beverages tried to market a Grumpy Cat line of coffee grounds and Grumppuccino T-shirts that were not part of the original agreement.

Then, the Sandfords countersued, seeking $12 million in damages for potential lost revenue. Their suit charged that Grumpy Cat Ltd. dropped the ball on promotion and support for the coffee line.

They claimed that Bryan Bundesen, brother of Grumpy Cat's Tabatha Bundesen, posted an image of the iced coffee bottle before it was ready to go to market, stealing the company's launch thunder, according to Courthouse News Service.

The Sandfords also say that during the contract negotiations, they were enticed by the prospect of a Grumpy Cat movie, starring Will Ferrell and Jack Black, which has yet to materialize.

The Sandfords' attorney also noted in the countersuit that in an appearance on Fox & Friends, Grumpy Cat's people did not stick to the talking points about Grumppuccino and failed to work in the phrase "Watch out Starbucks. The Cat's coming for it," as was allegedly prearranged.

In the end, the jury sided with Grumpy Cat, awarding $710,000 for copyright and trademark infringement and $1 for breach of contract, Courthouse News says.