Accessibility links
Logan Paul Issues Suicide Awareness Video, In Return To YouTube : The Two-Way Three weeks after a backlash over footage of a dead body in Japan's "suicide forest," Logan Paul publishes a new video. It focuses on a suicide survivor and promotes awareness. 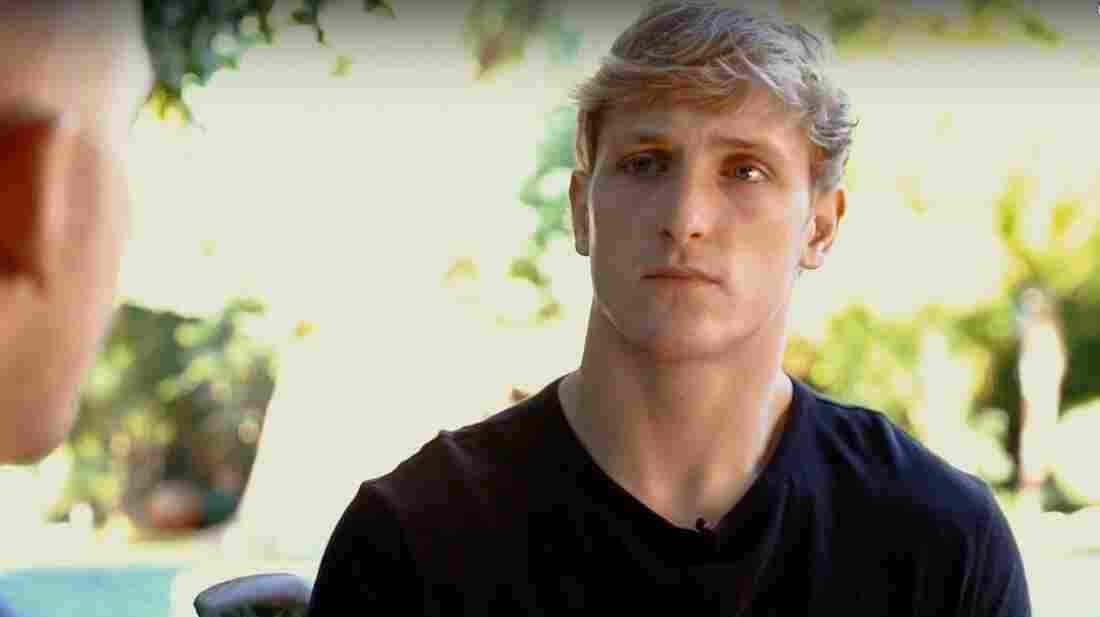 After facing an intense backlash over including footage of a dead body in Japan's "suicide forest," Logan Paul has published a new video to YouTube, about suicide prevention. Logan Paul via YouTube/ Screenshot by NPR hide caption 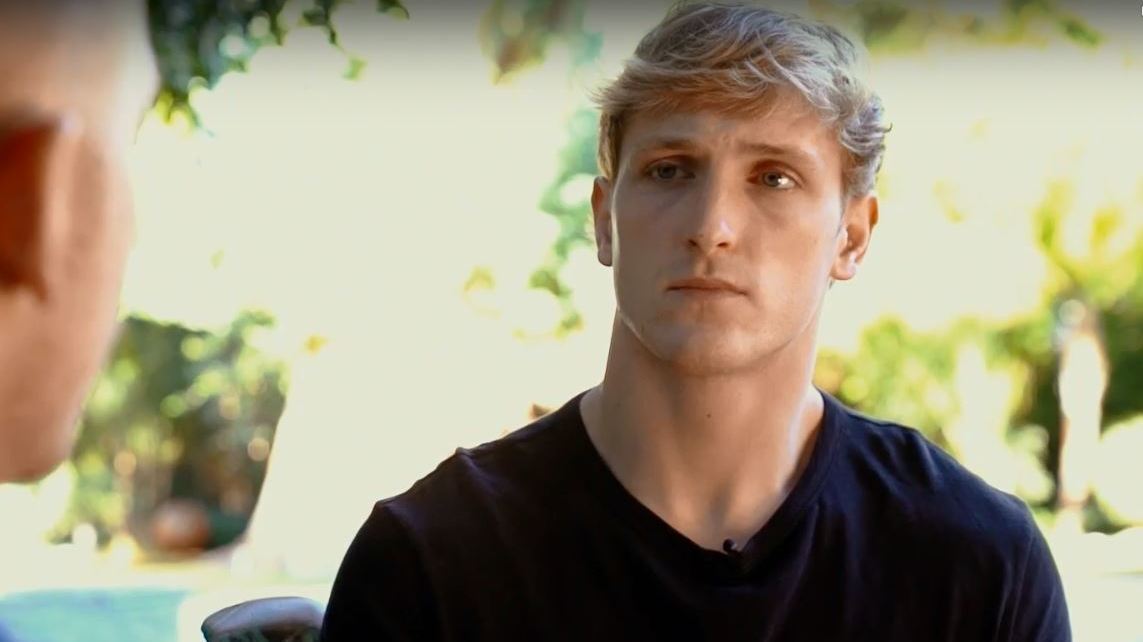 After facing an intense backlash over including footage of a dead body in Japan's "suicide forest," Logan Paul has published a new video to YouTube, about suicide prevention.

YouTube star Logan Paul has published his first video since he sparked a backlash with footage of a dead body, posting a new episode on his channel that focuses on a suicide survivor and promotes suicide awareness. Paul was widely criticized three weeks ago over his video from a "suicide forest" in Japan.

"I think as a society, as human beings, we just have to be more compassionate and that includes me too," Paul says in the seven-minute video. He said he had been humbled in the aftermath of his publishing of footage that included images of a dead body — and Paul and his friends laughing and talking nearby.

The new episode of Paul's vlog begins by featuring Kevin Hines, who jumped from the Golden Gate Bridge when he was 19. Now a suicide prevention advocate, Hines says he is one of the only 36 people who have survived that fall.

"For every one person that dies by suicide, there's 287 other people that think seriously about it but don't," Hines says in the video. He also spoke about the need for communities to notice and help — and for people who are suffering to "be honest about their pain."

The video includes statistics about suicide, a leading cause of death for young people, and one that has become more common in recent years. Paul also recounts the criticism he faced at the start of this year, after he published a video in which he led a camping trip to Japan's Aokigahara forest — famous as a destination for people who want to end their lives. In that trip, Paul and his friends came upon a body in the forest, and kept their cameras rolling. He later edited the footage and shared it on YouTube.

In response to that video, some of the most powerful statements came from people with personal experience of the effects of suicide.

"That body was a person someone loved," wrote online video veteran Anna Akana, who lost her sister, Kristina, to suicide 10 years ago. She added, "You do not walk into a suicide forest with a camera and claim mental health awareness."

The new video ends more than three weeks of silence on Paul's account on YouTube. After saying that the suicide forest video violated its policies, the online video giant sharply limited its business relationship with Paul, putting planned collaborations on hold.

Since Paul posted the new video on Wednesday, it's been viewed more than 9 million times — and it has set off a new debate, over whether the social media professional had truly changed or had responded only to save his career. That debate played out in exchanges in YouTube's comment section, and on Twitter.

Saying that he was putting Paul on the spot, Jimmy Wong said in a tweet, "if you are truly changing, then it should show in every video you make from here on out. It DOES NOT END with a well timed PR piece, where you wash your face and hands in slowmo, have a new haircut, and speak with a somber affectation."

Thousands of people liked that tweet, along with another that accused Paul of releasing "a precisely formed and deliberately manipulative piece of content from your PR machine to show us you care."

Wong later posted an image of a Twitter notification saying that Paul had blocked him.

So I'm putting you on the spot @LoganPaul - if you are truly changing, then it should show in every video you make from here on out. It DOES NOT END with a well timed PR piece, where you wash your face and hands in slowmo, have a new haircut, and speak with a somber affectation.

Overall, the suicide backlash seems not to have harmed Paul's number of followers on YouTube. When the suicide forest video created a controversy, he had 15 million subscribers; he now has 16 million.

Toward the end of the video, Paul pledges to donate $1 million to suicide prevention organizations.

Paul says that he spoke to Hines and other experts in recent weeks as he tried "to understand the complexities surrounding suicide."

One of those experts is Dr. John Draper, the director of the National Suicide Prevention Lifeline. Paul cites Draper in listing five steps that can help prevent suicide. We'll list them here by quoting the NSPL's online campaign:

#BeThe1To Ask Ask the tough question. When somebody you know is in emotional pain, ask them directly: "Are you thinking about killing yourself?"

#BeThe1To Keep Them Safe Is your friend thinking about suicide? Ask if they've thought about how they would do it and separate them from anything they could use to hurt themselves.

#BeThe1To Be There If your friend is thinking about suicide, Listen to their reasons for feeling hopeless and in pain. Listen with compassion and empathy and without dismissing or judging.

#BeThe1To Help Them Connect Help your friend connect to a support system, whether it's 800-273- TALK(8255), family, friends, clergy, coaches, co-workers or therapists, so they have a network to reach out to for help.

#BeThe1To Follow Up Check in with the person you care about on a regular basis. Making contact with a friend in the days and weeks after a crisis can make a difference in keeping them alive.