Accessibility links
Doomsday Clock Moves Closer To Midnight, We're 2 Minutes From World Annihilation : The Two-Way Scientists who assess threats each year and express their concerns using the clock are worried about President Trump's unpredictability and governments' failure to trust each other. 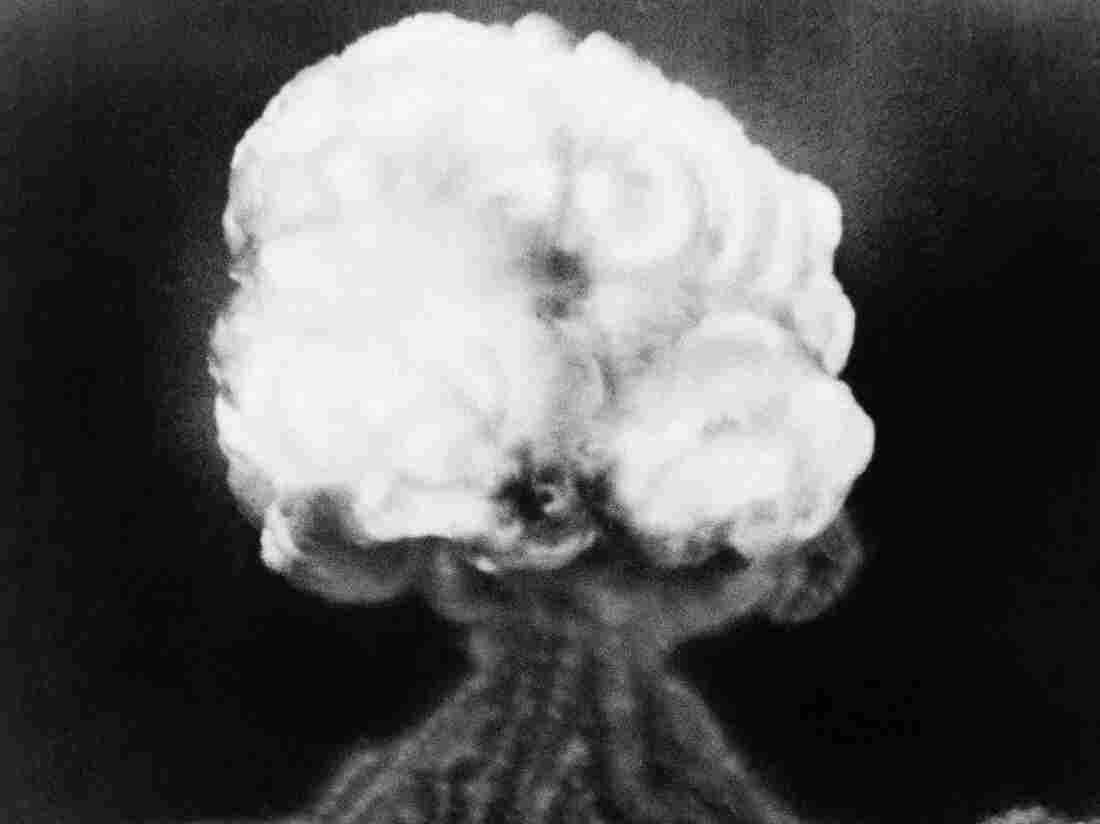 This is the mushroom cloud of the first atomic explosion at Trinity Test Site, N.M., on July 16, 1945. AP hide caption 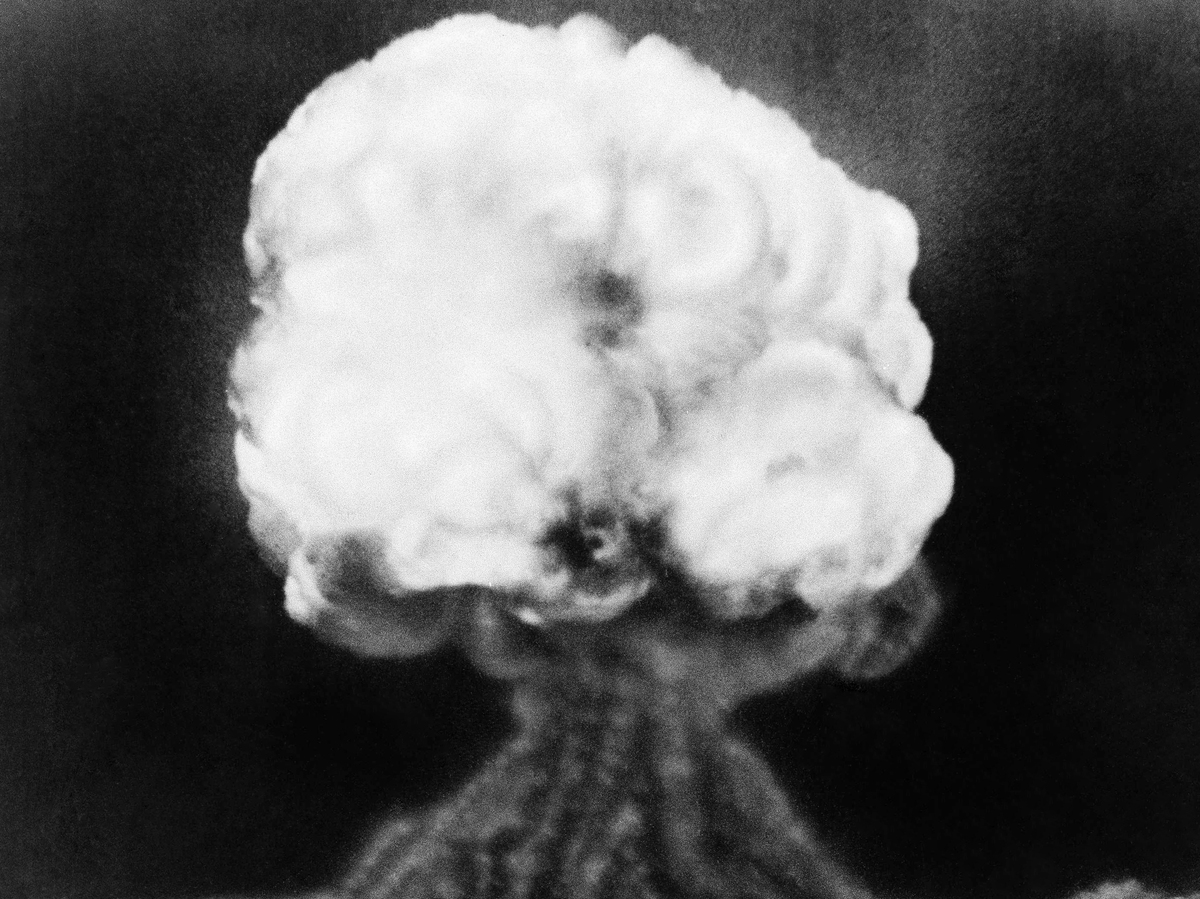 This is the mushroom cloud of the first atomic explosion at Trinity Test Site, N.M., on July 16, 1945.

A panel of scientists and policy experts moved their Doomsday Clock 30 seconds closer to midnight on Thursday, citing President Trump's rhetoric on nuclear weapons, environmental deterioration due to climate change and a lack of trust in political institutions.

"We are very concerned with the unpredictability of the United States and how it's thinking of its nuclear weapons," Rachel Bronson, the president and CEO of the Bulletin of Atomic Scientists, which created the clock, told NPR.

Bronson elaborated, explaining that nuclear issues took center stage this year for members of the Bulletin group, which was founded by researchers who helped build the first nuclear weapons during the Manhattan Project. At the top of their worries are advancements in North Korea's nuclear weapons program as well as "huge [nuclear] investments being made by China, Russia, Pakistan and India in particular."

On the climate change front, the Bulletin warns that "avoiding catastrophic temperature increases in the long run requires urgent attention now." The scientists urge nations of the world to significantly decrease their greenhouse gas emissions to keep climate risks manageable.

The clock, established at the start of the Cold War in 1945, has become a universally recognized metaphor, indicating the world's vulnerability to catastrophe from nuclear weapons, climate change and new technologies.

But it's never too late to turn back time, Bronson said. "There are things that we can do to ensure that it does move back, and we have to get started now."

The way to do that, she argues, is to have citizens engage with their respective governments.

"Leaders react when citizens insist they do so, and citizens around the world can use the power of the internet to improve the long-term prospects of their children and grandchildren. They can insist on facts, and discount nonsense. They can demand action to reduce the existential threat of nuclear war and unchecked climate change. They can seize the opportunity to make a safer and saner world."

The last time the clock showed humanity this close to total and utter annihilation was 1953, shortly after the U.S. decided to pursue the hydrogen bomb, a weapon far more powerful than any atomic bomb, according to the Bulletin's timeline.

"In October 1952, the United States tests its first thermonuclear device, obliterating a Pacific Ocean islet in the process; nine months later, the Soviets test an H-bomb of their own. ... 'Only a few more swings of the pendulum, and, from Moscow to Chicago, atomic explosions will strike midnight for Western civilization.' "