Accessibility links
Harvey The 'Most Significant Tropical Cyclone Rainfall Event In U.S. History' : The Two-Way It caused $125 billion in damage, according to a new report from the National Hurricane Center, and broke U.S. rainfall records. At least 68 people died as a result of the storm. 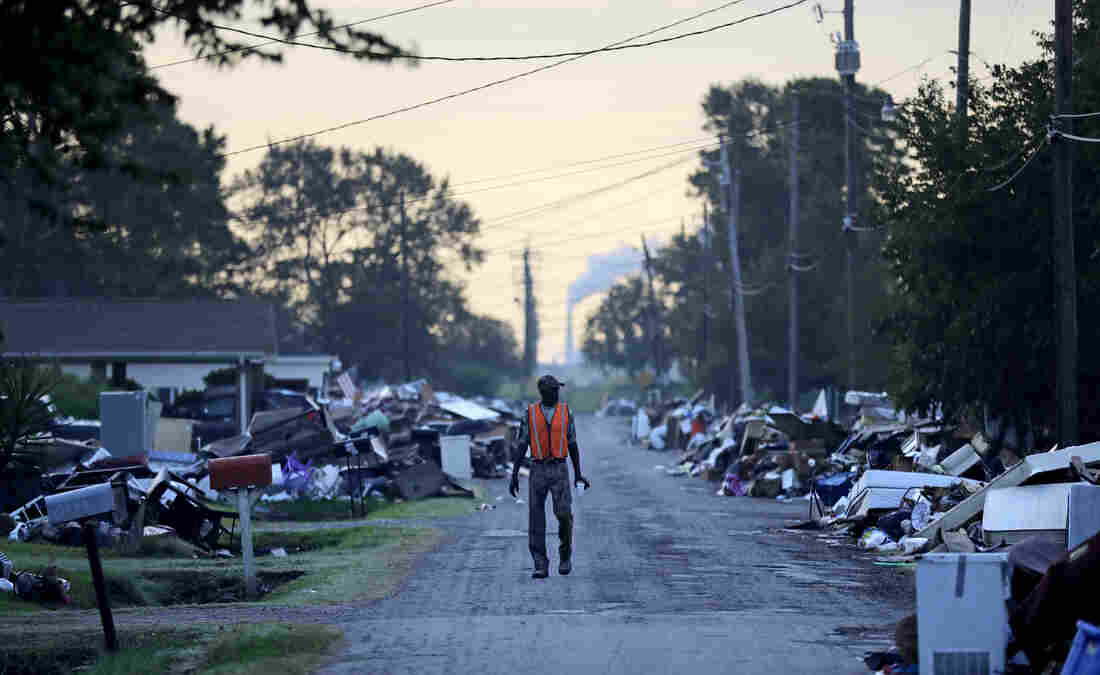 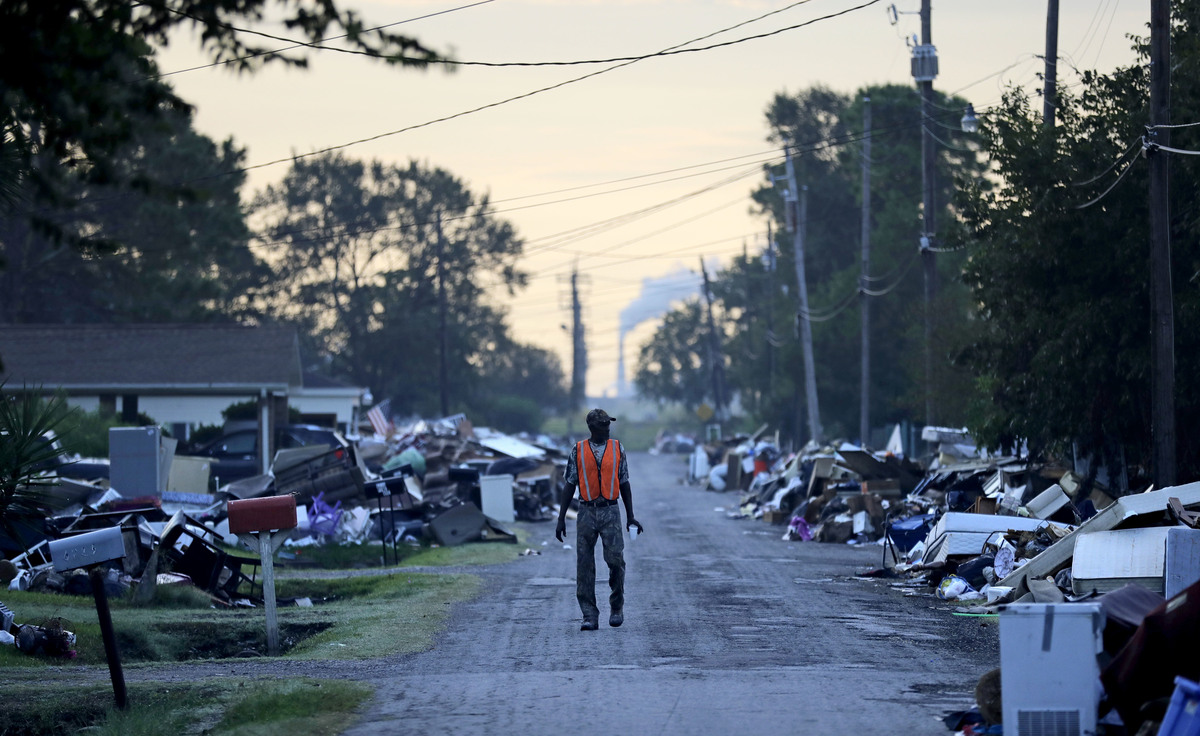 A man walks past debris from Hurricane Harvey in September in Port Arthur, Texas.

A new report from the National Hurricane Center takes stock of exactly how big, damaging and deadly Hurricane Harvey really was.

"Harvey was the most significant tropical cyclone rainfall event in United States history, both in scope and peak rainfall amounts, since reliable rainfall records began around the 1880s," the report says.

Harvey, which started as a wave off the west coast of Africa in mid-August, was a Category 4 storm when it slammed into Texas on Aug. 26. Then, it rapidly weakened and stalled in the area for some four days, pouring down record rainfall.

It happened over a very large area, impacting hundreds of thousands of structures. "It is unlikely the United States has ever seen such a sizable area of excessive tropical cyclone rainfall totals as it did from Harvey," the report says.

Here are some of the key figures that tell the story of the historic storm:

$125 billion: The latest damages estimate from the storm, according to the National Oceanic and Atmospheric Administration. While the figure is not final, it is second only to Hurricane Katrina when adjusted for inflation and other cost increases.

Over 300,000: Number of structures flooded in southeastern Texas, where extreme rainfall hit many areas that are densely populated.

About 336,000: Number of customers who lost power during the storm.

Approximately 40,000: Number of people who stayed in shelters in Texas and Louisiana.

60.58 inches: The highest storm total rainfall, found in Nederland, northeast of Houston. Rainfall within a tenth of an inch of that total was recorded in Groves, a neighboring community. These both exceed the previous U.S. rainfall record of 52 inches, set by Hurricane Hiki in Hawaii in 1950.

18: The number of places in southeastern Texas that broke the previous tropical rainfall record in the contiguous United States, which was set during 1978's Tropical Storm Amelia in Medina, Texas.

9 out of 19: The number of official river gauges in Harris County, Texas, that recorded all-time-high water levels.

6 to 10 feet: Maximum water levels above the ground, which occurred near the areas where Harvey made landfall. The report states the highest levels were likely found "along the western shores of San Antonio Bay and adjacent Hynes Bay."

57: The number of tornadoes that were reported during the storm, the report states, "about half of which occurred near and south of the Houston metro area."

After Hurricane Harvey, the U.S. was hit by two other major storms — Irma and Maria. All the bad weather comes with a high price tag. As NPR's Chris Joyce has reported, last year had 16 events that caused damage of more than $1 billion each, creating a situation of unprecedented costs.

"The cumulative impact of these 16 events exceeds $300 billion in damage," NOAA researcher Adam Smith told Chris, "which is a new U.S. annual record."