Accessibility links
In Lawsuit, 2 More Women Accuse Rapper Nelly Of Sexual Assault : The Two-Way Anonymous testimony about two alleged incidents in the U.K. were included in a civil lawsuit filed by a woman in Washington state, who has alleged that Nelly raped her in October. 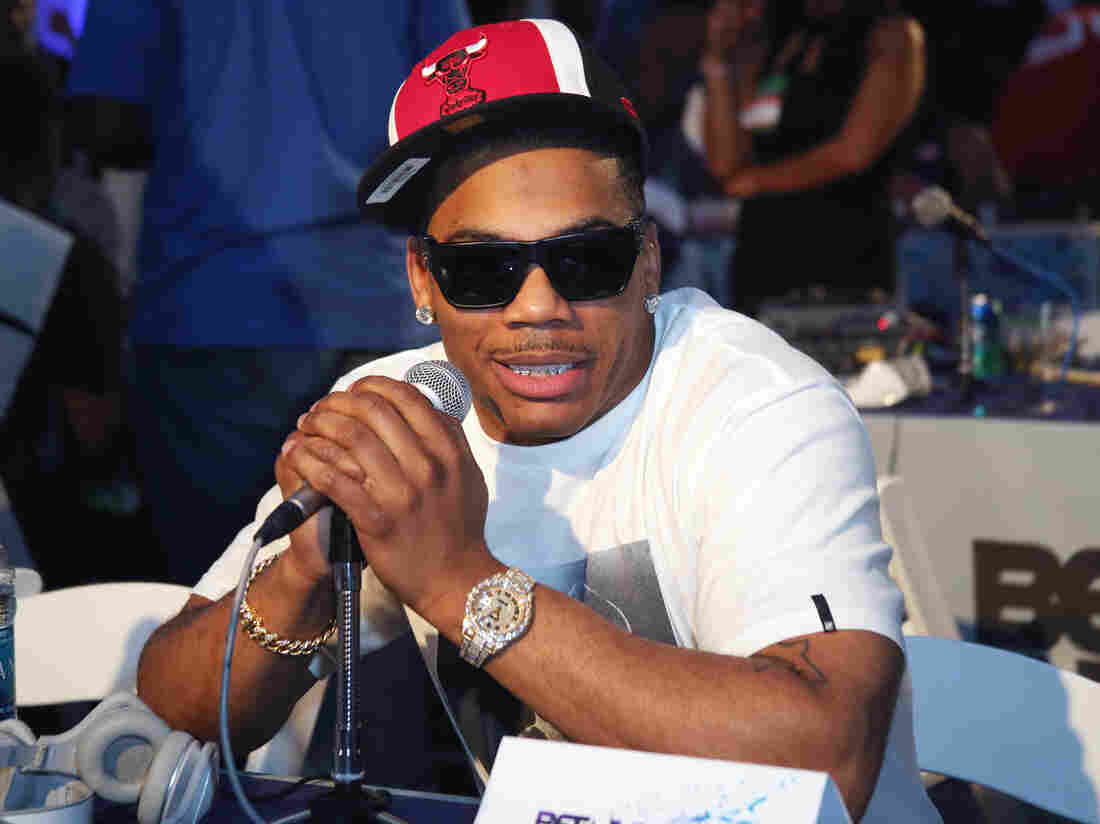 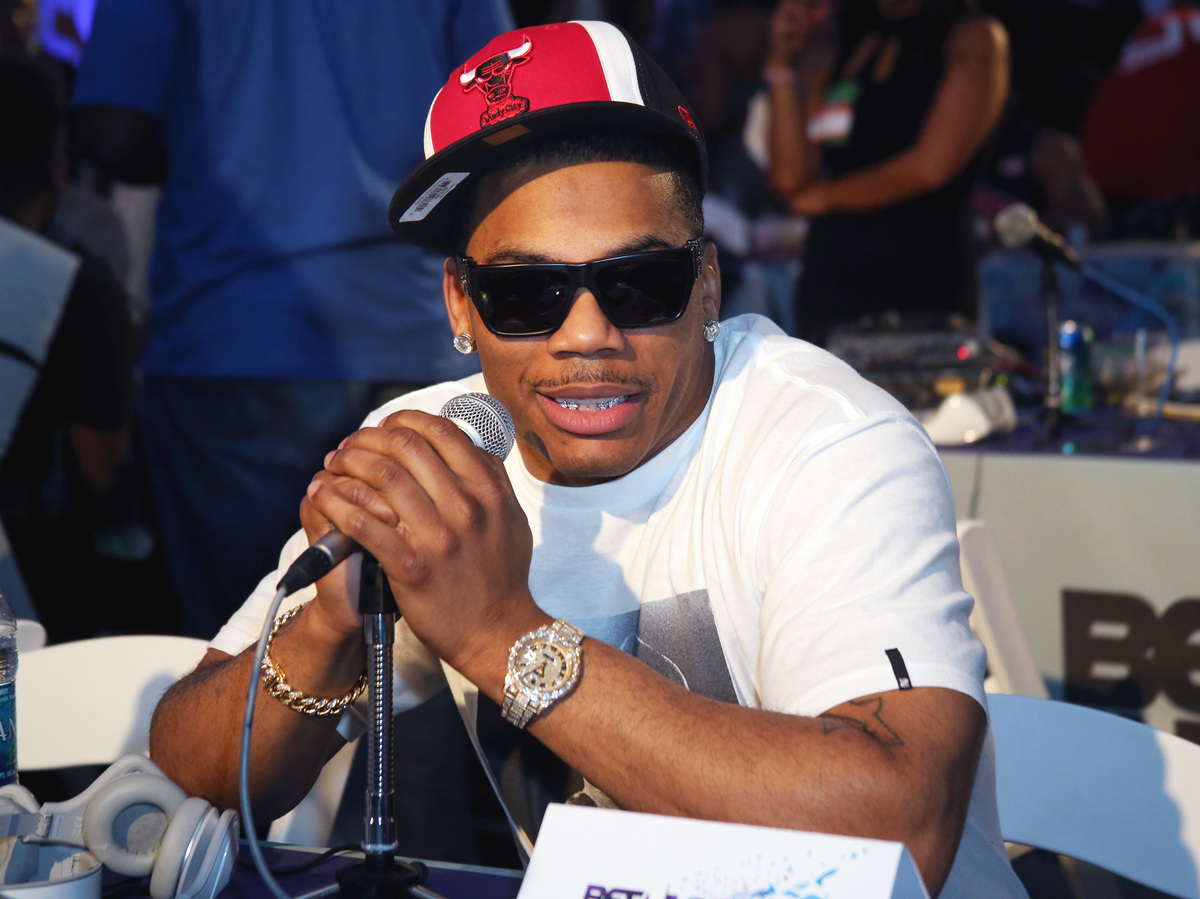 The rapper Nelly has been accused of sexual assault by two more women, whose testimonies were included in a civil lawsuit filed by a woman who is suing him for sexual assault and defamation.

The rapper, who performed the hits "Hot In Herre" and "Ride Wit Me" and was born Cornell Iral Haynes Jr., was arrested in Washington state in October over an allegation that he raped a woman on his tour bus. The woman was later identified as 21-year-old Monique Greene. Nelly denies the allegation.

Criminal charges are not being pursued in the case, but NPR has obtained a copy of an amended civil lawsuit filed in the Superior Court of King County, Wash., on Jan. 22. In the suit, Greene asks for a judge to prohibit Nelly from assaulting more women, in addition to asking for damages.

The suit includes testimony from two anonymous women whom Nelly allegedly also sexually assaulted in two separate incidents that took place in the U.K., both before and after the alleged rape on his tour bus. The stories demonstrate a pattern of assault, Greene's lawyer alleges.

Nelly and his lawyer have not yet issued a response to the new allegations.

According to the suit, "Jane Doe No. 1" — a U.S. military service member stationed in the U.K., and described as a married woman with children — alleges that in June 2016, Nelly invited her and a friend to a secluded "VIP" area backstage after one of his shows in England. After some time, the woman says, Nelly suddenly grabbed her leg and put his hand up her dress without her consent. She says that she firmly removed his hand, and attempted to leave with her friend; Nelly allegedly argued with her and repeatedly tried to prevent her from leaving. The woman says she ultimately did leave.

In the second anonymous allegation, a woman identified as "Jane Doe No. 2" and a mother of three alleges that last December, she and a group of friends attended a Nelly show in Essex, England. She says at a meet-and-greet opportunity after his performance, Nelly invited her to his dressing room twice; her friends were allegedly prevented by a security guard from going along.

He also allegedly grabbed her hand and put it on his penis; when she again refused him, the suit says, he "made a fist," and she asked him if he was going to hit her. The woman says Nelly responded, "No, I'm just frustrated, I'm not used to not getting my way, just do it." He then allegedly forced her down and shoved his penis in her mouth before she was able to twist out of his reach and scramble out of the room. The suit states that Jane Doe No. 2 "considered going to the police but felt that she would not be believed."

Last December, the prosecutor's office in King County issued a statement in the Monique Greene case saying that it would not proceed with a criminal case against Nelly, because on Oct. 13, Greene informed prosecutors that she decided not to cooperate.

This amended civil suit states that Greene declined to cooperate with prosecutors because "she felt she could not stand up against a celebrity and that the criminal system would fail her."

The suit also notes that the date Greene declined to cooperate with prosecutors was the same day that actress Alyssa Milano began tweeting #MeToo and "brought momentum to the anti-sexual assault movement."

The suit includes details on Greene's own accusations. Greene says she attended a Nelly performance at a club in Auburn, Wash., where she was invited to a VIP area. She says Nelly suggested she and a friend accompany him to an after-party, offering a ride since she had been drinking.

She says he proceeded to assault her, after she "refused to consent," and forced her into both oral and penetrative sex, pleading with her to stay with him all weekend. After the alleged assault, Greene says she screamed that she wanted to leave, and Nelly and his entourage pushed her off the bus, yelling at her. Greene says that the rapper then threw $100 at her in the parking lot. She called both an Uber and 911, and waited for police to arrive to take a statement and transport her to a hospital.

Greene's civil lawsuit includes pictures of her at a hospital the night of the alleged assault, as well as further information about her accusations and police involvement. The suit notes that Greene completed a rape kit and showed signs of distress, and that police believed there was probable cause to arrest Nelly for second-degree rape.

Greene's suit also asserts that after information about the alleged rape became public, Nelly's lawyer, Scott Rosenblum, made statements to the website TMZ last October that "constitutes intimidation of a witness."

At the time, Rosenblum said: "It does not surprise me that she wanted to have her story publicized. That is Playbook 101 of a person with an agenda and clearly she has one. The agenda is money, fame and notoriety."