Accessibility links
Walmart To Launch Online Grocery Delivery In Japan, E-Book Sales In U.S. : The Two-Way The U.S. retailing giant is partnering with Japan's biggest e-commerce company with the aim of advancing in a competitive international market. Walmart has also announced layoffs at its headquarters. 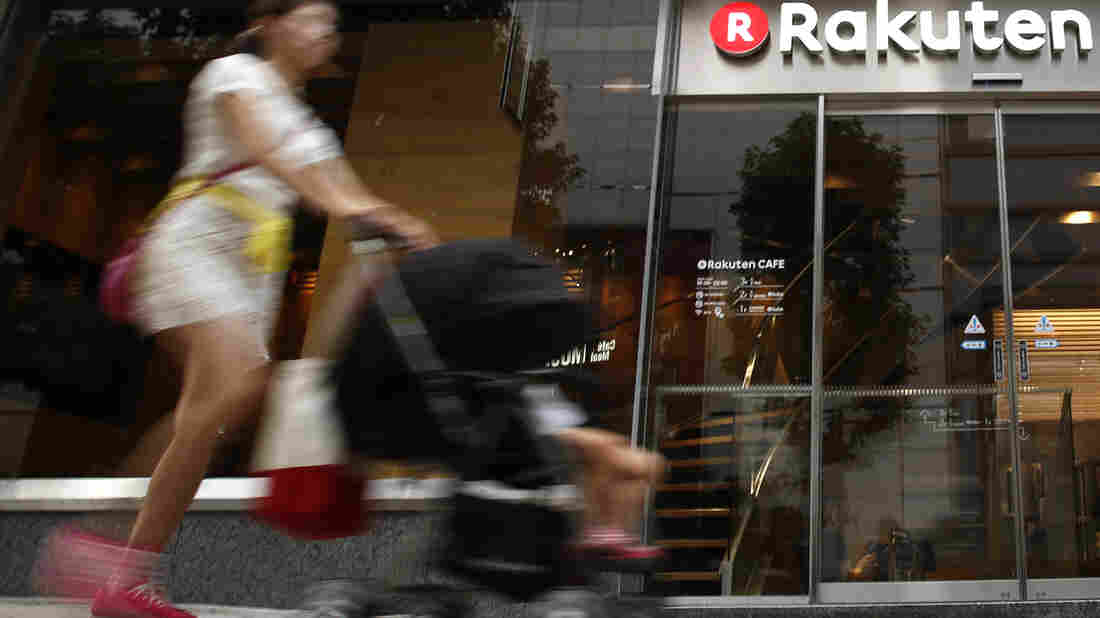 A woman pushing a stroller walks in front of a Rakuten Cafe store at a shopping district in Tokyo in 2014. Rakuten is Japan's largest e-commerce company. Yuya Shino/Reuters hide caption 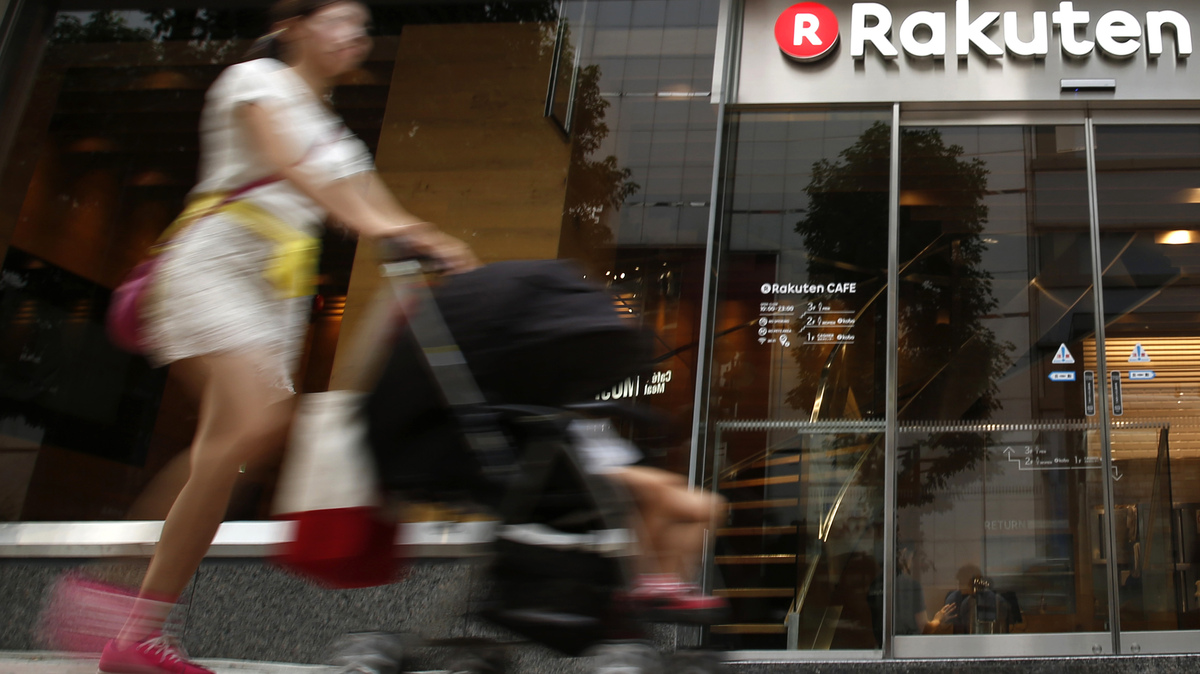 A woman pushing a stroller walks in front of a Rakuten Cafe store at a shopping district in Tokyo in 2014. Rakuten is Japan's largest e-commerce company.

Walmart has a laser-like focus when it comes to finding ways to compete with rival Amazon.com, and the world's largest bricks-and-mortar retailer has announced its latest attempt.

Walmart will also work with Rakuten's digital book business, Kobo, to sell e-books and audiobooks in the U.S.

"Working with Rakuten Kobo enables us to quickly and efficiently launch a full eBook and audiobook catalog on Walmart.com to provide our customers with additional choices alongside our assortment of physical books.

"Kobo is a global leader in eBooks and audiobooks with nearly 6 million titles from thousands of publishers. The full assortment of eBooks will be available on Walmart.com later this year, with audiobooks launching after that."

“We’re excited to take our technology & knowhow in e-commerce to the next level through this exciting alliance with Walmart” - @hmikitani_e https://t.co/QcBVJQIyn3 #WalmartRakuten

A tweet from Rakuten said the alignment with Walmart will make a difference in online grocery delivery and e-reading.

The deal includes opening a combined e-commerce fulfillment center in the Tokyo area to deliver groceries to a wider region.

"The partnership could boost Walmart's position in a promising business where Amazon isn't yet strong. Japanese spent about $19 billion on food deliveries in the year ended March 2017, including orders made in person, over the phone or online, according to Yano Research Institute. That number is growing as more women work and the elderly population rises.

"But Wal-Mart faces plenty of other competitors in food delivery, such as stores owned by Seven & I Holdings Co., the Tokyo-based parent of the 7-Eleven convenience-store chain."

Meanwhile, in Bentonville, Ark., Walmart was laying off workers at its headquarters.

"Bentonville Mayor Bob McCaslin's office said Thursday that there would be fewer than 500 total job losses at Walmart's home office.

"Walmart spokesman Randy Hargrove says the company is 'restructuring and streamlining' its teams before its fiscal year ends next Wednesday.

"Some workers in the marketing division were laid off Wednesday and Hargrove says there will be a small number of layoffs Friday if the cuts aren't completed Thursday."

Earlier this month, as Camila Domonoske reported for The Two-Way, Walmart announced it was closing 63 Sam's Club stores.

"The closures were announced on Jan. 11 — the same day the company announced it was raising wages for new employees from $10 an hour to $11, expanding paid parental leave and offering a one-time bonus to eligible workers.

" 'It didn't say how many workers would be laid off but it said employees of the closed stores were free to reapply for other jobs elsewhere in the company,' NPR's Jim Zarroli reported."

Nearly 10,00 employees will be affected by the closure of Sam's Club stores from Alaska to Puerto Rico.