Accessibility links
Mort Walker, The Man Behind 'Beetle Bailey' Comic Strip, Dies At 94 : The Two-Way Walker's comic strip skyrocketed in popularity when he transformed the setting to a military operation in the early 1950s to coincide with the Korean War. 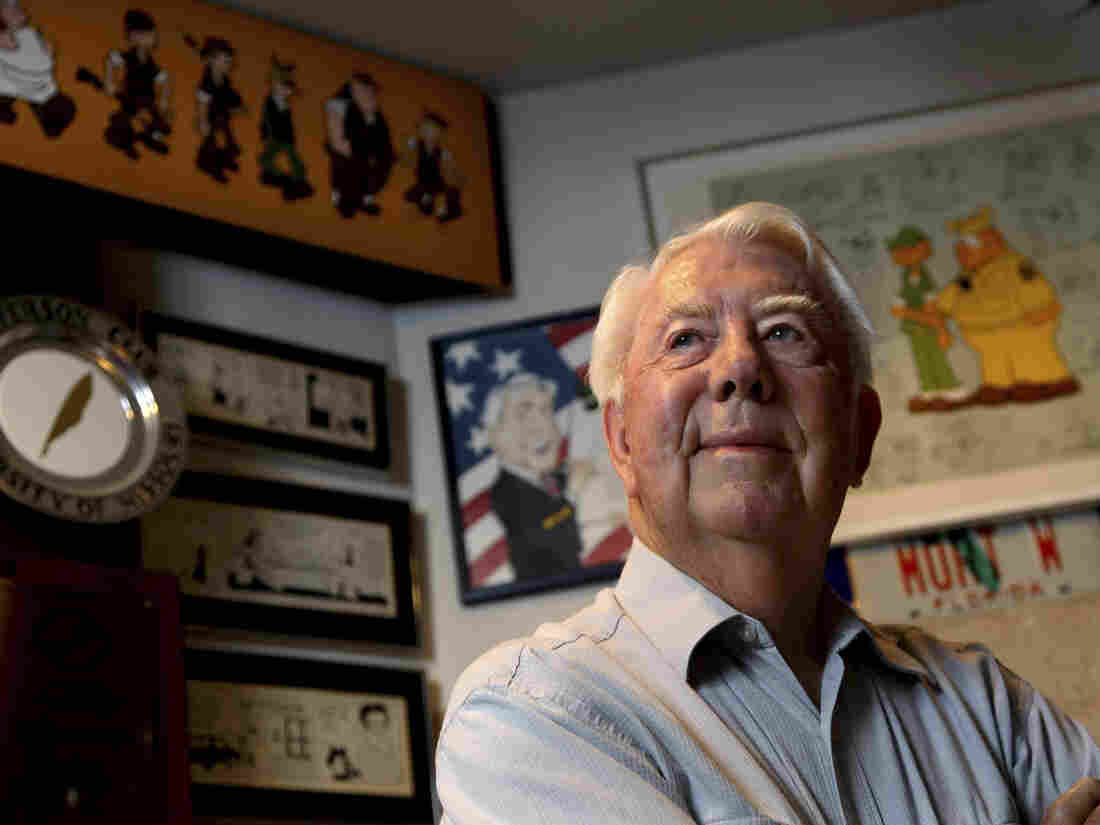 In this August 2010 file photo, Mort Walker, the artist and author of the Beetle Bailey comic strip, stands in his studio in Stamford, Conn. Craig Ruttle/AP hide caption 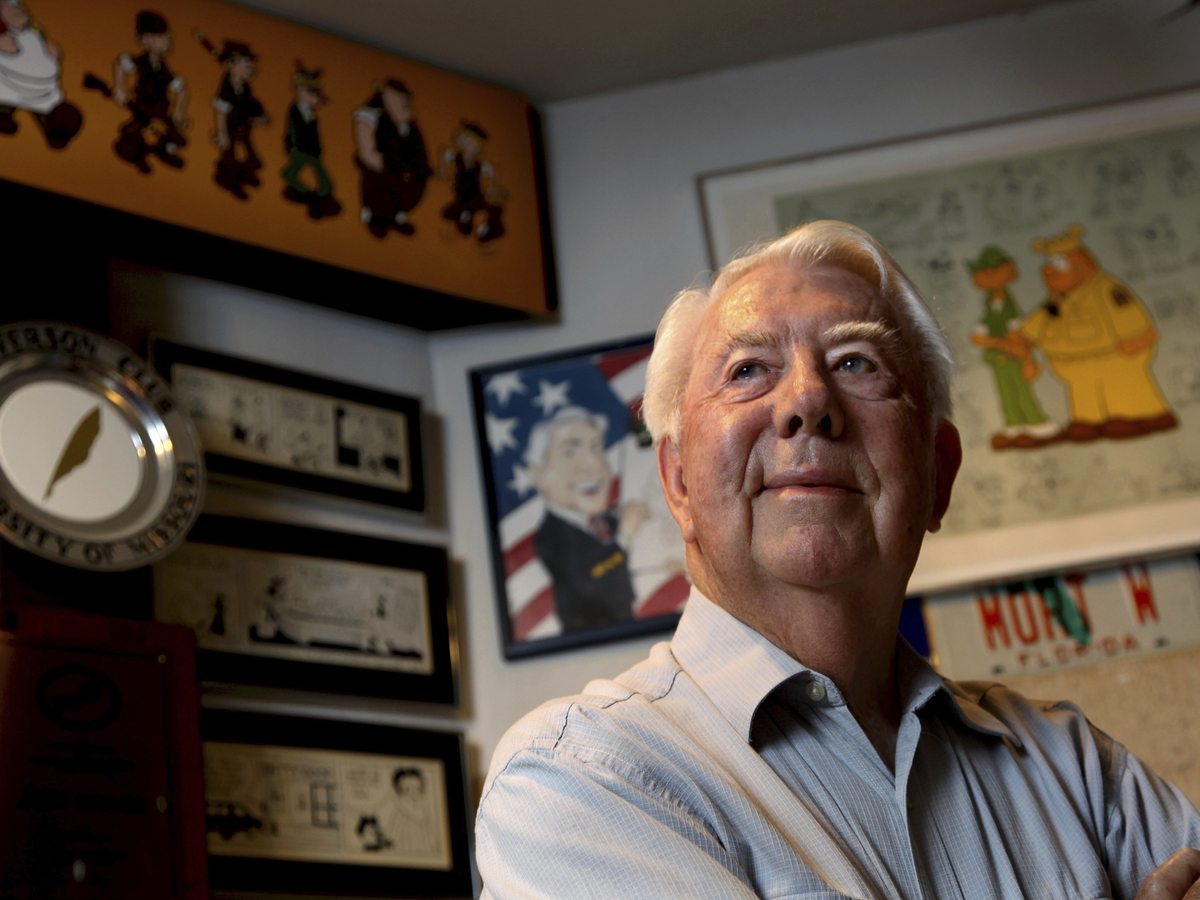 In this August 2010 file photo, Mort Walker, the artist and author of the Beetle Bailey comic strip, stands in his studio in Stamford, Conn.

Mort Walker, the renowned comic strip artist best known for his cartoon depicting the high jinks of the loafing Army private "Beetle Bailey," died Saturday at the age of 94 at his home in Stamford, Conn.

Walker drew Beetle Bailey as a daily comic strip for 68 years, making him the longest-running artist in the medium's history, according to a statement from King Features, which performed the original syndication for the strip.

Beetle Bailey eventually ran in 1,800 newspapers across more than 50 countries, accumulating a daily readership of 200 million.

His most beloved character's first incarnation was behind another name. The languorous, young man with a hat perennially drooping over his forehead began as "Spider" the college student.

But with the onset of the Korean War, Walker — who later described his four years of conscription during World War II as "free research" — altered the setting of his comic. Beetle Bailey was now an ineffectual Army private who was invariably content to shirk responsibility and resist the authority figures at Camp Swampy.

The rest of the cast included the flailing Gen. Halftrack, his shapely secretary Miss Buxley, Cookie the chef and buck-toothed Private Zero.

Beetle Bailey had earned modest circulation until the early 1950s when the Tokyo edition of Stars & Stripes banned it out of fear it would encourage service members to model Bailey's lackadaisical behavior. The ban backfired, leading to a massive wave of publicity and a surge in distribution for the comic strip.

In the 1970's, against the advice of his publisher, Walker added a black character to the team: Lt. Flap, who sported an Afro and a goatee and first appeared with the line: "How come there's no blacks in this honkie outfit?!" The new character again sent circulation soaring.

In 1997, facing criticism over the way in which Gen. Halftrack continually leered at his secretary, Miss Buxley, Walker introduced a new story line: the general was now forced to undergo sensitivity training.

In 2000 the Army invited Walker to the Pentagon to be awarded The Decoration for Distinguished Civilian Service.

Although Walker never quit his work, he did bring in collaborators, including his two sons Brian and Greg, who say they intend to help the comic live on.

In 1974 he founded the Museum of Cartoon Art in Greenwich, Conn., the first of its kind. Although the collection grew, funding problems ensued and after shifting the location a number of times, the museum was closed in 2002. However, in 2008 the collection was transferred to a gallery in Ohio State University's Billy Ireland Cartoon Library and Museum.

Addison Morton Walker was born in El Dorado, Kan. in 1923 — his father an architect and his mother a newspaper illustrator. He recognized his passion for cartoons at a young age. He had already sold 300 cartoons by the age of 15.

Much later in his life he was quoted as saying: "I'm thankful for the good life cartooning has given me."