Accessibility links
11 Dead In Attack On Army Garrison In Kabul Claimed By ISIS : The Two-Way The attack occurred near the city's Marshal Fahim military academy. It is the fourth major attack by militants in little more than a week. 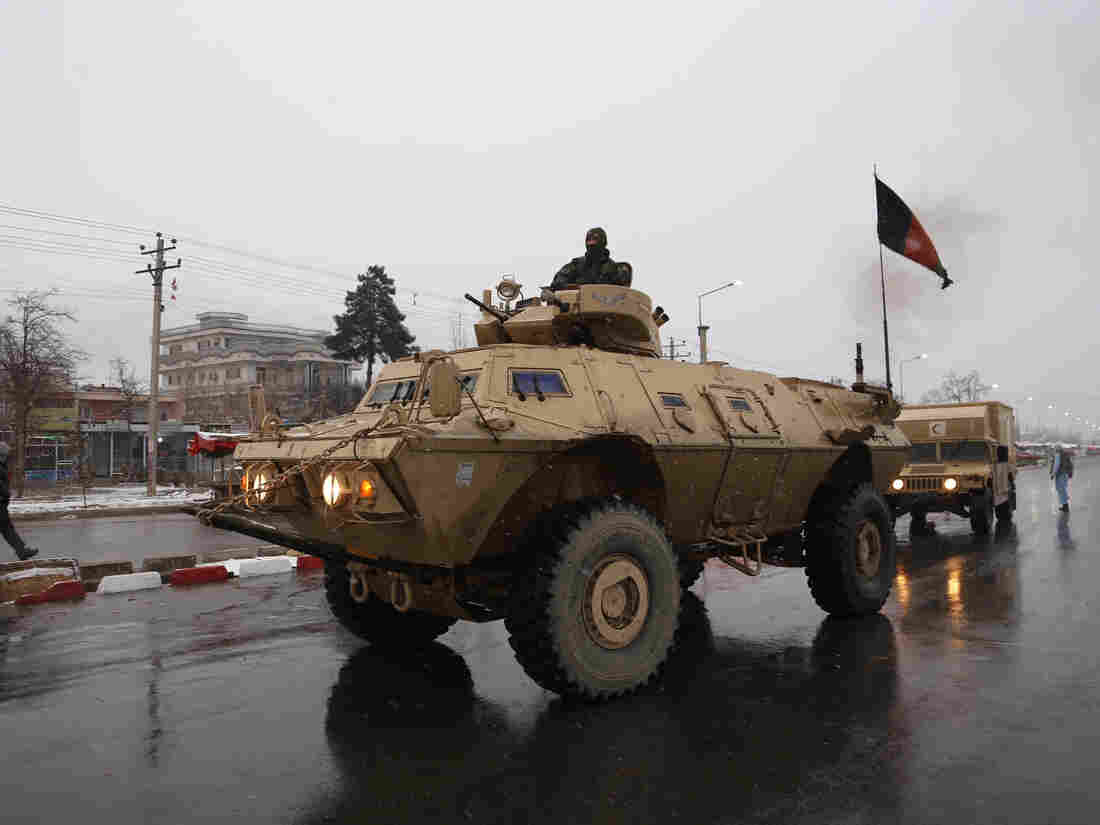 Afghan security personnel arrive at the site of an attack at the Marshal Fahim academy in Kabul, Afghanistan on Monday. Rahmat Gul/AP hide caption 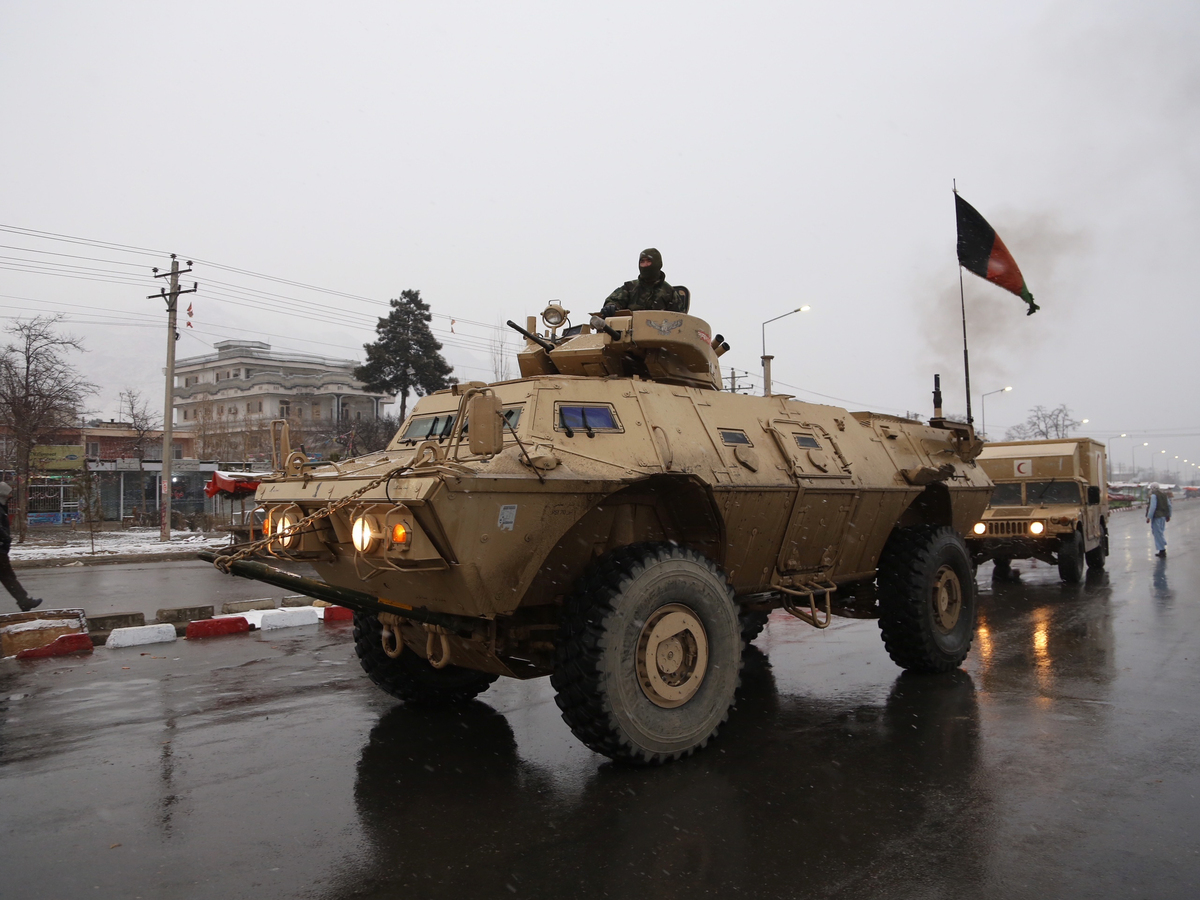 Afghan security personnel arrive at the site of an attack at the Marshal Fahim academy in Kabul, Afghanistan on Monday.

Gunmen attacked an Army Garrison situated near a military academy in the Afghan capital Monday, killing at least five people -– the latest in a series of assaults that have rattled the country in recent weeks.

She says two of the militants detonated suicide vests, two were shot and one was captured.

According to the Afghan news agency TOLO, 11 military personnel were killed in the assault.

Witnesses said the pop of gunfire around the academy could be heard for hours after the initial explosion.

The Islamic State claimed responsibility for the attack on Monday, according to the militant group's Amaq news agency.

The firefight near the military academy follows several attacks in the last several days.

An attack on Saturday near a police checkpoint in Kabul that killed more than 100 people and wounded at least 235 others.

In Saturday's attack, assailants got through a checkpoint in an ambulance, claiming to be taking a patient to a hospital. At a second checkpoint, the driver detonated explosives.

A week before that attack, the Taliban claimed responsibility for a 13-hour siege of the Intercontinental Hotel in Kabul that killed at least 22 people, including an unspecified number of Americans.

On Wednesday in Jalalabad, 90 miles east of Kabul, gunmen attacked an office of the aid group Save the Children, killing three staff members. ISIS claimed responsibility.

Diaa Hadid, reporting from Islamabad, tells Morning Edition that one theory making the rounds in Afghanistan is that the spate of recent attacks has been triggered by competition between ISIS and the Taliban.

Both extremist groups are vying "for followers and attention and the easiest way they can do that is by conducting these large-scale attacks in Kabul," she says.

"That's particularly true for the Taliban, because over the last few months it's been ISIS conducting the biggest attacks," Diaa says, adding that it is generally believed that ISIS was "luring away low-level Taliban to its ranks."