Accessibility links
Watchdog Report Shows Gaps In Information About Afghanistan War : The Two-Way As the U.S. sends more troops to Afghanistan and ratchets up airstrikes, a new report from a U.S. military auditor suggests that the war is still at a stalemate. 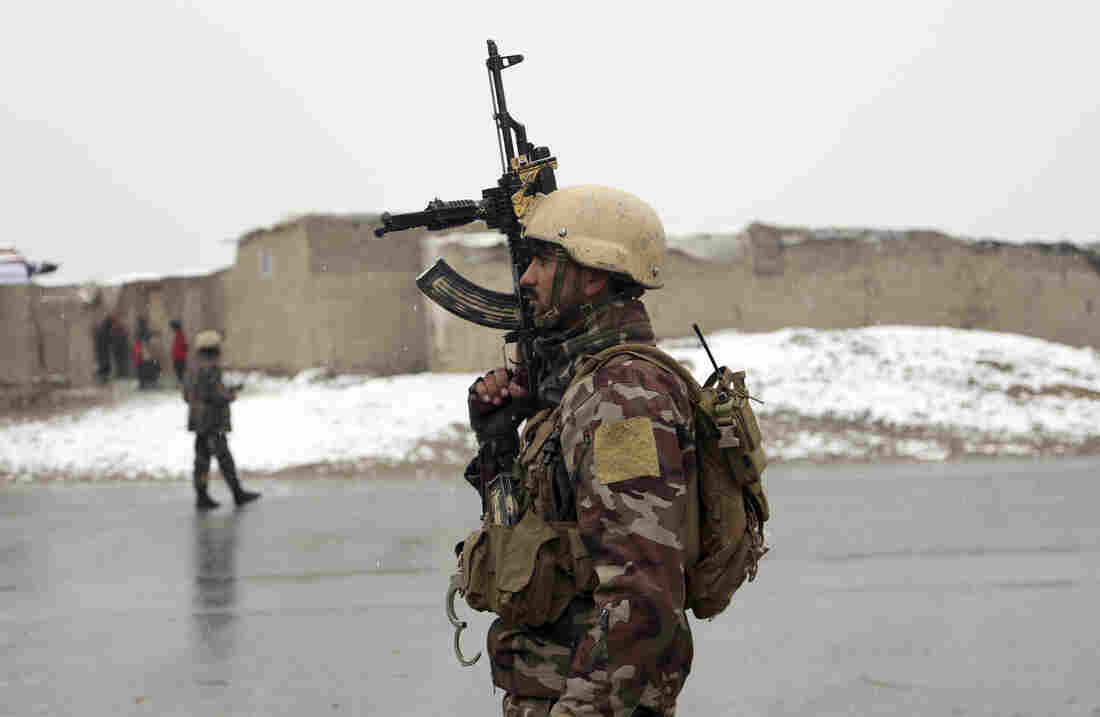 A member of the Afghan security forces stands guard at the site of an attack on Monday in Kabul, Afghanistan. Rahmat Gul/AP hide caption 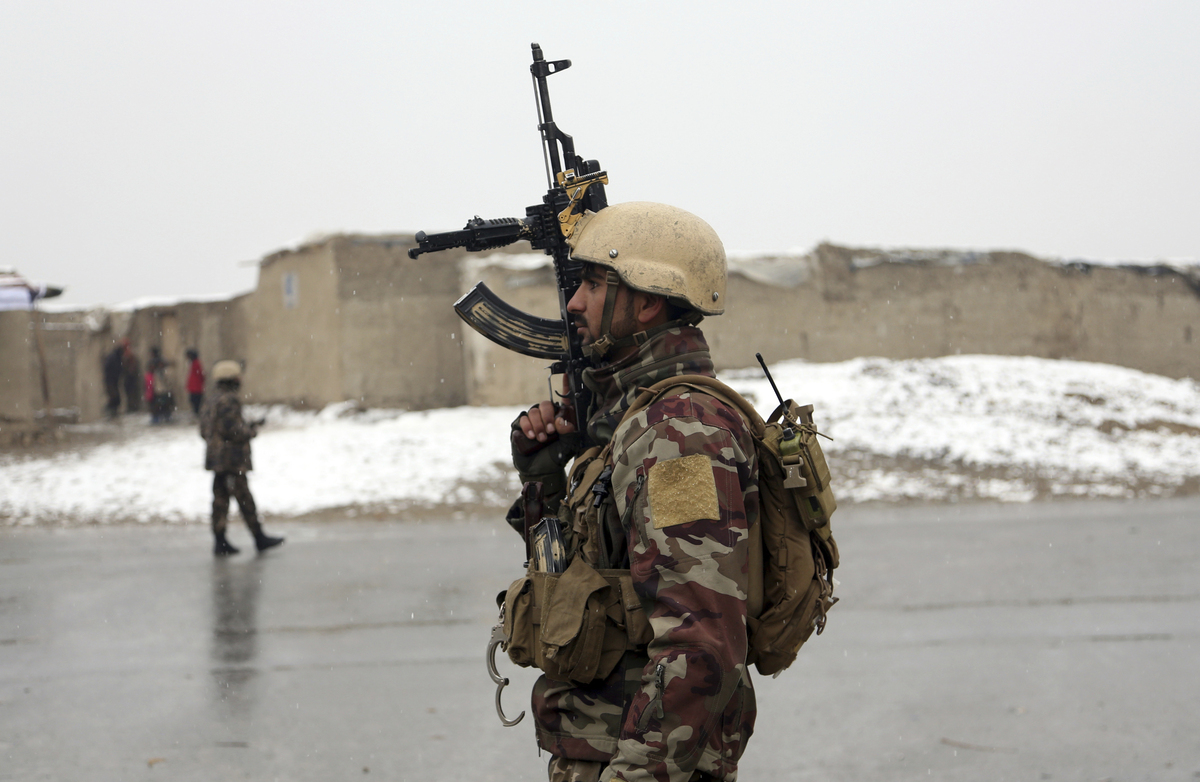 A member of the Afghan security forces stands guard at the site of an attack on Monday in Kabul, Afghanistan.

As the U.S. sends thousands more troops to Afghanistan and ratchets up airstrikes, a new report from a U.S. military auditor suggests that the war is still at a stalemate, with signs of continued decline in Afghan government control.

And the amount of basic information available to the public about the war is getting smaller, making it more difficult for the U.S. taxpayer to understand how U.S.-supported forces are faring in their fight against the Taliban.

The Pentagon continues to withhold facts such as the number of Afghan troops that have died and the number of the Afghan forces that have received training. This information was also not included in the report last quarter from the Special Inspector General for Afghanistan Reconstruction — which was set up by Congress to audit U.S. spending in the country's longest-running war.

Congress has authorized these Afghan forces to receive $4.9 billion this fiscal year, and has appropriated $120.8 billion for Afghanistan reconstruction since 2002.

The report also does not include perhaps the most concrete indicator of the war's progress – a breakdown of which districts and populations the Afghan government controls compared to insurgents.

At NPR's request prior to the report's release, the Department of Defense did release the district information, showing that government control has slightly declined.

Gresback stated that SIGAR labeled this information "incorrectly." SIGAR spokesperson Philip LaVelle provided a screen shot of a directive from the DoD that instructed that the information was not releasable to the public. It's not clear why the information wasn't released in the report, in what SIGAR described as a "worrisome development."

"When you needlessly conceal information from people, I think people are concerned and get suspicious that maybe it's worse than we are being told," Sopko said. "And I can't comment, obviously, because it's classified, but that is the problem when you overclassify and needlessly classify information, it leads to suspicion."

"There clearly is a tension right now between SIGAR and the U.S. military ... about access to data," said Seth Jones, the director of the Transnational Threats Project at the Center for Strategic & International Studies. "I don't remember seeing in a SIGAR report this amount of angst."

Data compiled by SIGAR over the past two years shows a slow and steady drop in the amount of territory under Afghan government control. For example, the number of districts controlled or influenced by the government is 16 percent fewer than in November 2015, according to the report and the data provided separately by the Pentagon.

In Helmand Province, historically the most deadly province for U.S. and Afghan troops, six of the 15 districts are being controlled by the Taliban, with another six being contested, an Afghan military source tells NPR.

There's a similar story in the data breaking down which side controls the most people. In August 2016 the Afghan government controlled or influenced 69 percent of the population compared to 9 percent under insurgent control or influence. The top commander of U.S. forces in Afghanistan released data in a press briefing in November that showed government control has slipped 5 percentage points from August 2016 and insurgent control is up 3 percentage points.

That's despite a clear recent increase in U.S. and Coalition air strikes – although the total number of strikes was classified for the first time this quarter, according to the report.

The report says NATO's Afghanistan Mission said 4,474 civilian casualties occurred between June 1, 2017, and November 27, 2017 — "of which approximately one-third were deaths and two-thirds were injuries." That's about 13 percent higher than the same period last year, the watchdog says.

In August, President Trump announced a new Afghanistan strategy, committing more troops to the war with no timetable. Recent troop commitments will bring the number of U.S. service members in the country to about 15,000.

Jones says it's probably too soon for that strategy to show an effect on the ground. He adds that there's another major blind spot when it comes to gauging how the war is going: data on the Taliban.

"No one has data, really, on how the Taliban is performing, what its casualty rates are, and a range of information like that," he said. "We only have one side, and we don't even have complete understanding of that side anyway."