Accessibility links
Russian Fighter Flies Within 5 Feet Of U.S. Reconnaissance Plane Over Black Sea : The Two-Way The State Department says that the encounter between a Russian Su-27 fighter and a propeller-driven U.S. Navy EP-3 put the American crew at risk. 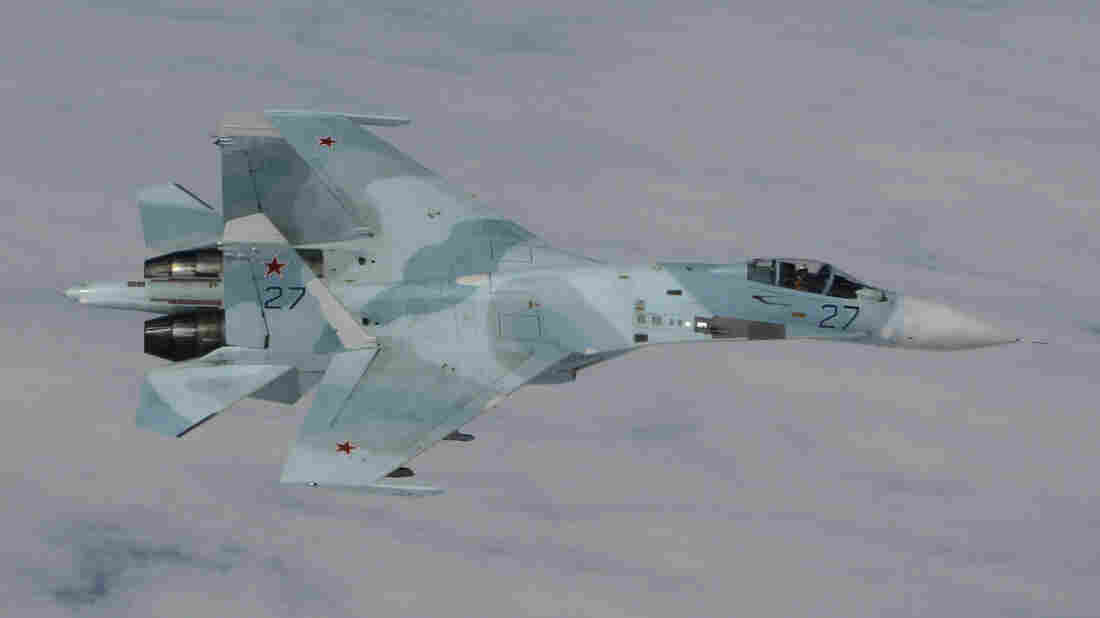 A Russian Su-27 fighter jet similar to the one that the U.S. says made an "unsafe" pass of a U.S. EP-3 reconnaissance plane in the Black Sea. Ted S. Warren/AP hide caption 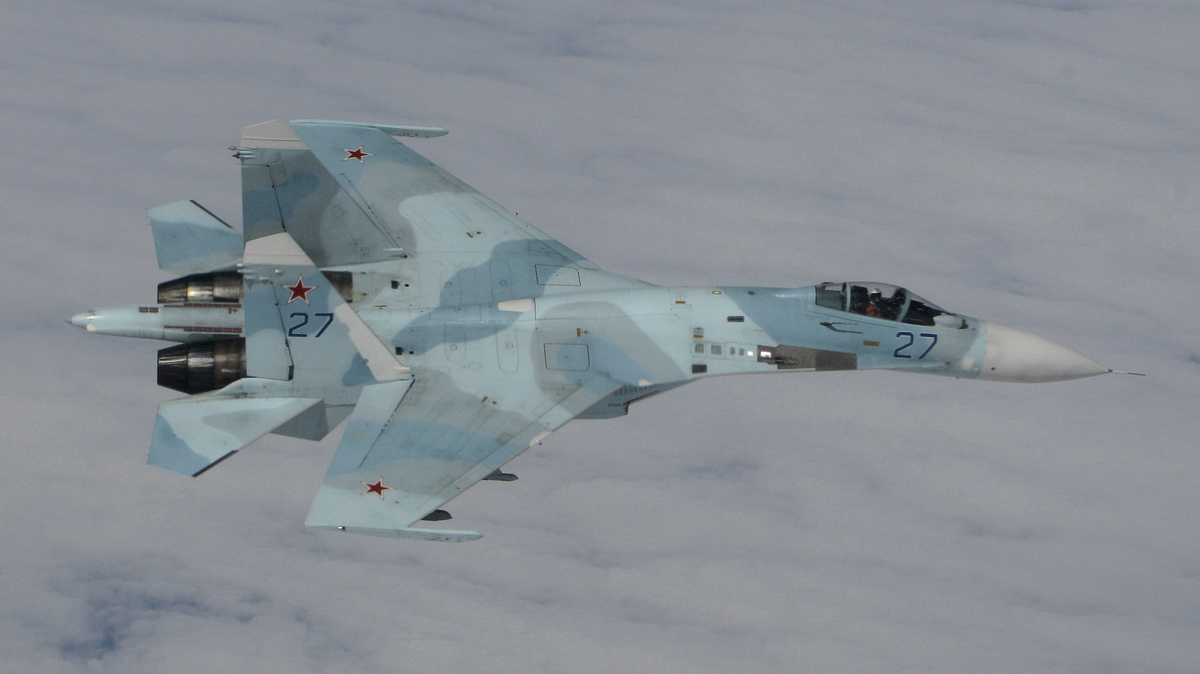 A Russian Su-27 fighter jet similar to the one that the U.S. says made an "unsafe" pass of a U.S. EP-3 reconnaissance plane in the Black Sea.

The U.S. State Department is calling out Moscow after what it describes as a dangerously close pass by a Russian fighter jet near a U.S. Navy reconnaissance plane over the Black Sea.

"As confirmed by U.S. Naval Forces Europe, a Russian [Su-27] engaged in an unsafe interaction with a U.S. EP-3 in international airspace, with the Russia pilot closing to within 5 feet and crossing directly in front of the EP-3's flight path," State Department spokesperson Heather Nauert said in a statement Monday.

Russian Military Plane, With 92 Aboard, Crashes Into Black Sea

"While the U.S. aircraft was operating under international law, the Russian side was flagrantly violating existing agreements and international law, in this case the 1972 Agreement for the Prevention of Incidents On and Over the High Seas (INCSEA)," she said.

According to a statement from the U.S. 6th Fleet, the Su-27 reportedly crossed directly into the flight path of the EP-3, "causing the EP-3 to fly through the [Su-27's] jet wash."

The Navy says the interaction between the two aircraft lasted about 40 minutes.

"We call on Russia to cease these unsafe actions that increase the risk of miscalculation, danger to aircrew on both sides, and midair collisions," Nauert said.

Russia's RIA news agency quotes the Defense Ministry as saying: "After the surveillance plane of the U.S. Navy had changed its course to move away from the border, the Su-27 returned to its base."

The Su-27 is a twin-engine fighter known in the West by its NATO designation "Flanker" that went into service near the end of the Cold War and has continued as a mainstay of Russia's air force. The propeller-driven EP-3 Aries II reconnaissance plane is described by Naval Air Systems Command as "a land-based Multi-Intelligence reconnaissance aircraft."

The incident is the latest in a string of what the Navy says are unsafe incidents in the air over the Black Sea following Russia's 2014 forced annexation of Crimea. 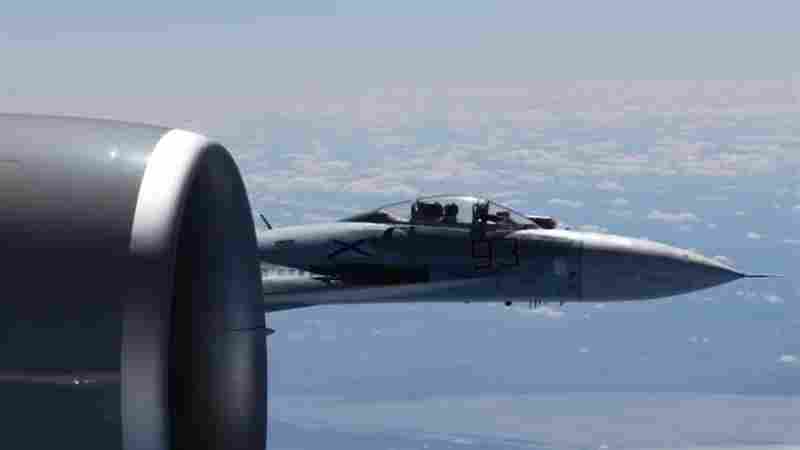 Dramatic photo of a Russian Su-27 jet coming within a few feet of a U.S. Air Force reconnaissance jet over the Baltic Sea in June of last year, in a maneuver that has been criticized as unsafe. Master Sgt. Charles Larkin Sr./AP hide caption 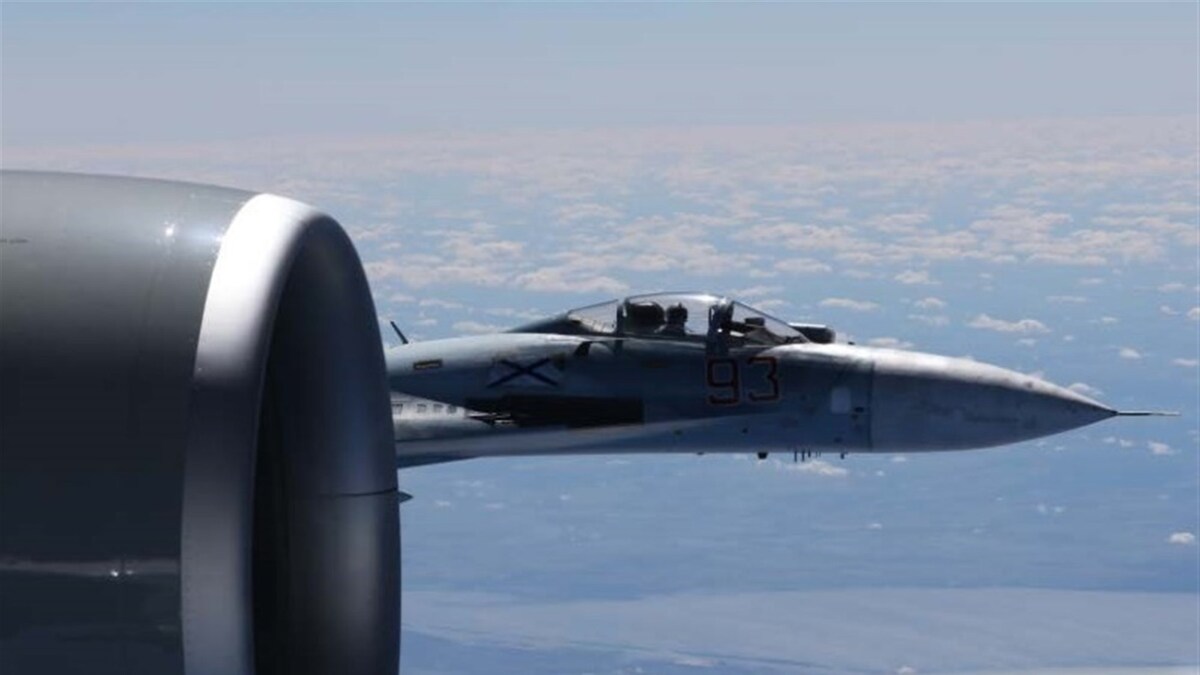 Dramatic photo of a Russian Su-27 jet coming within a few feet of a U.S. Air Force reconnaissance jet over the Baltic Sea in June of last year, in a maneuver that has been criticized as unsafe.

In November, a Russian Su-30 intercepted a U.S. P-8A Poseidon anti-submarine warfare aircraft in another incident that the Pentagon described as "unsafe," according to the U.S. Naval Institute. Russian media claimed that the Poseidon was approaching the Russian coastline at a high rate of speed and only turned around after it was intercepted by the fighter jet.

A number of similar incidents between U.S. and Russian military aircraft have also occurred over the Baltic Sea in recent years.