Accessibility links
U.S. Releases 'Oligarchs List' And Opts Against New Sanctions On Russia : The Two-Way The tally includes Russia's elite and powerful, and part of it duplicates a Forbes list. Russia's President Vladimir Putin isn't on the list, though his cabinet is. 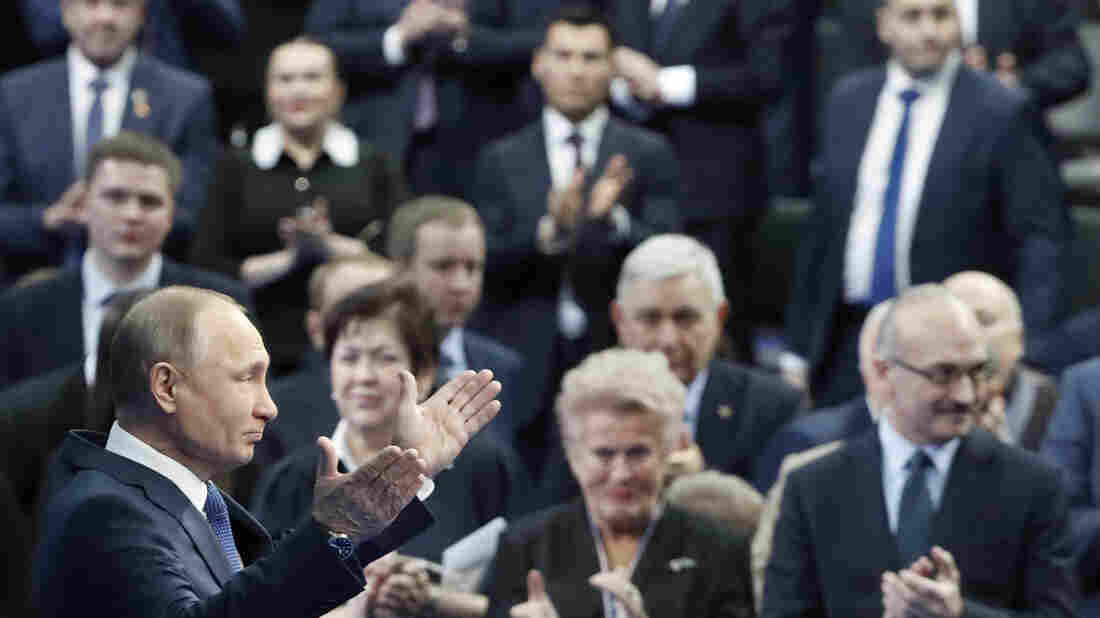 Russian President Vladimir Putin, seen here during a campaign meeting with supporters on Tuesday, compared the U.S. list to a dog barking at a caravan. Grigory Dukor/Reuters hide caption 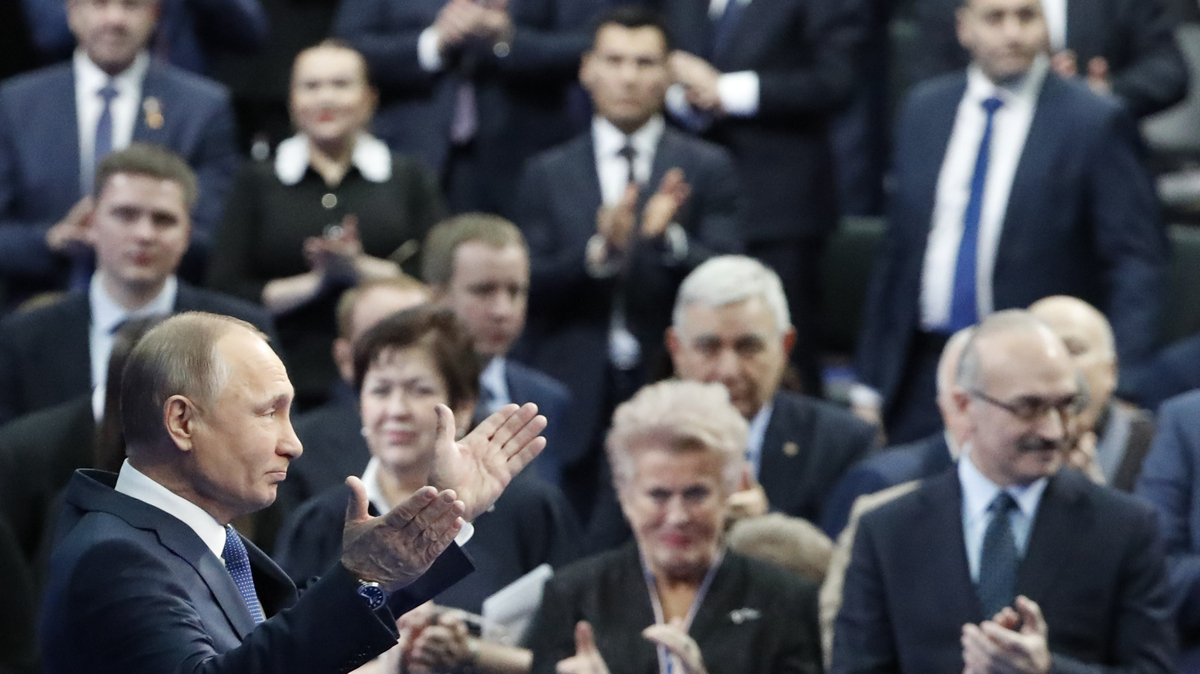 Russian President Vladimir Putin, seen here during a campaign meeting with supporters on Tuesday, compared the U.S. list to a dog barking at a caravan.

The U.S. has named 96 Russian billionaires to its blacklist of more than 200 influential Russians, issuing its "List of Oligarchs" along with documents that were required by last year's sanctions. As it submitted the list to Congress, the Trump administration also told lawmakers it won't seek new sanctions, saying that existing punishments for Moscow's interference in U.S. elections are having an effect.

While a number of top Russian politicians are on the list, it doesn't include one prominent name: that of Russian President Vladimir Putin.

"What a shame!" Putin said, according to the official Tass news agency. Putin said the list should be ignored, reportedly stating, "as they say, 'a barking dog cannot hinder a caravan's journey.' "

Others are also calling the list a shame — but mainly because its oligarch section duplicates the Forbes rankings of Russia's richest business owners, stopping at No. 96, Albert Shigabutdinov, who is the last billionaire on the Forbes tally. That prompted Bloomberg News to run an opinion piece by Leonid Bershidsky — the former publisher of Forbes Russia -- discussing the unscientific nature of the Forbes tally, and saying that the the Treasury Department failed to scrutinize the results. The headline on his piece: "The U.S. List of Russian Oligarchs Is a Disgrace."

So the 96 “oligarch” names on the US Treasury list correspond EXACTLY to the 96 billionaires on this Forbes list of the Russian rich. https://t.co/VtjUJHXpro

The Treasury Department says it released "the unclassified portion" of its report, and that the classified portion may include other names. To assemble its list of oligarchs, the agency says it used "reliable public sources."

"The Trump administration was required to present the list under a sanctions bill passed last summer. Among the people listed are President Vladimir Putin's entire administration, his cabinet ministers, and a who's who of Russian billionaires.

"While it isn't a sanctions list in and of itself, Russia's movers and shakers are nervous they could be targeted in the future."

The Treasury Department submitted the list to comply with last year's Countering America's Adversaries Through Sanctions Act (CAATSA), the sanctions legislation that President Trump criticized as "seriously flawed" even as he signed it into law last August.

As it released the list, the Treasury Department took pains to note that it is not a sanctions list, devoting a full paragraph to say that inclusion on the list doesn't mean the U.S. has "information about the individual's involvement in malign activities."

Despite the U.S. caveat, the list of more than 200 influential Russians has caused irritation in Moscow and beyond, as it names senior oil and gas executives at Gazprom, Lukoil, and other state-connected enterprises. The list also includes Kaspersky Lab founder Eugene Kaspersky, whose company has been banned from use by U.S. federal agencies.

The list includes many people who are involved in Russian "parastatal" entities — meaning they're partially or entirely controlled by the central government. To be included in this tally, such companies must be at least 25 percent owned by the government, and have revenues of at least $2 billion. In 2016, parastatals accounted for 70 percent of Russia's GDP, the Treasury Department says.

The Kremlin is calling the list's release "unprecedented."

Release of the much-anticipated list is generating headlines in Russia. The official Tass news agency published more than a dozen separate stories about what it calls the "Kremlin List," quoting officials who variously criticized or shrugged off the document.

"We expected this list and I won't hide that we were ready to take tit-for-tat steps, rather serious ones, which could reduce our relations to zero," Putin said, according to Tass. "But we will refrain from these steps now."

As for why the Trump administration decided not to pursue new sanctions, NPR's Michele Kelemen reports:

"The State Department says it believes that the threat of additional sanctions — that is, the law itself — has disrupted several billions of dollars in Russian defense deals. So officials say the law is already having a deterrent effect, and they see no need to impose new sanctions."