Accessibility links
Texas Governor Orders State Investigation Of Claims Of Sexual Abuse At Karolyi Ranch : The Two-Way The Walker County Sheriff's Office has already been investigating the allegations by multiple athletes of molestation that happened when they were training at the ranch. 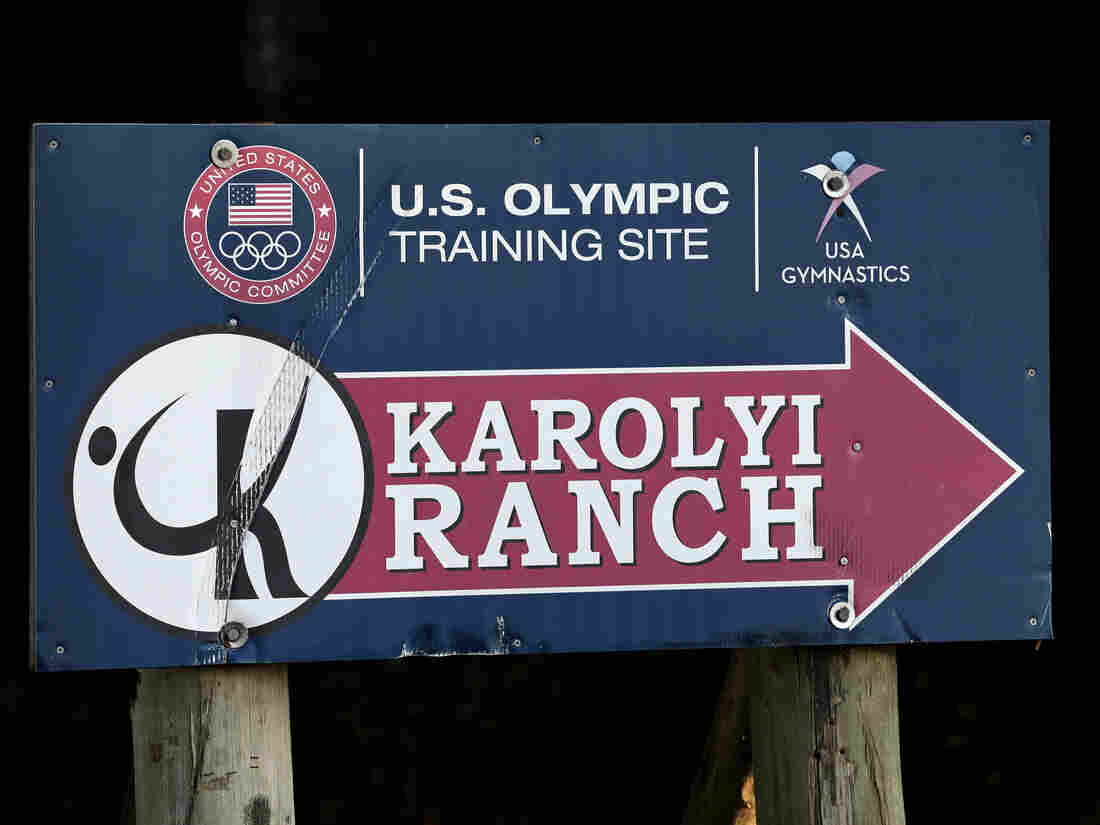 A sign points down the road to the Karolyi Ranch near Hunstville, Texas, in 2015. Gov. Greg Abbott said Tuesday he has ordered a criminal investigation into claims that former doctor Larry Nassar abused athletes at the facility, which served as the training site for the U.S. women's national gymnastics team. David J. Phillip/AP hide caption 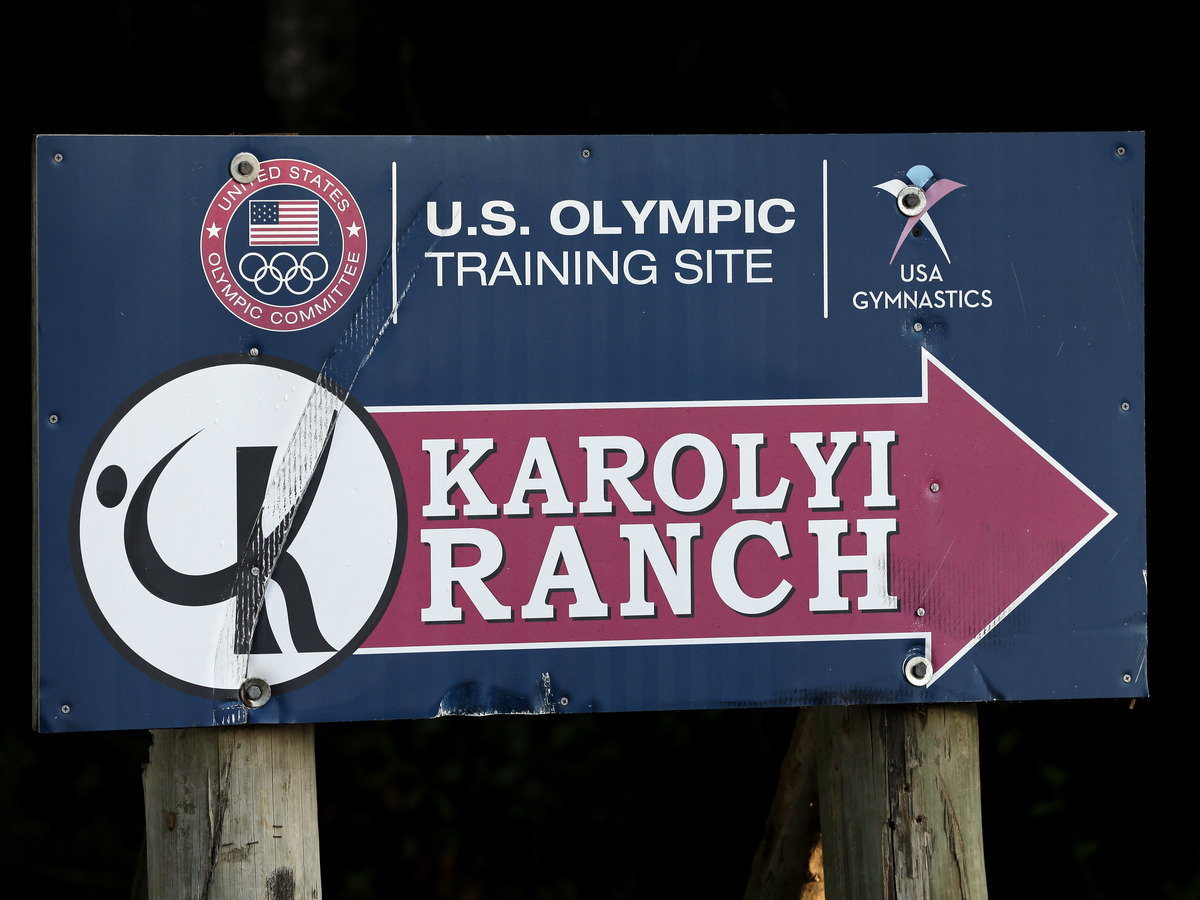 A sign points down the road to the Karolyi Ranch near Hunstville, Texas, in 2015. Gov. Greg Abbott said Tuesday he has ordered a criminal investigation into claims that former doctor Larry Nassar abused athletes at the facility, which served as the training site for the U.S. women's national gymnastics team.

Texas Gov. Greg Abbott requested on Tuesday that the Texas Rangers launch an investigation into the allegations of sexual abuse at the Karolyi Ranch.

Multiple athletes have come forward with allegations of abuse by former USA Gymnastics team doctor Larry Nassar while they were training at the famed facility, located in East Texas near Huntsville. Nassar was sentenced to up to 175 years in prison last week.

Two weeks ago, Olympic gold medal-winner Simone Biles posted on Twitter, "It breaks my heart even more to think that as I work toward my dream of competing in Tokyo 2020, I will have to continually return to the same training facility where I was abused."

Three days later, USA Gymnastics announced it was cutting ties with the Karolyi ranch. "It will no longer serve as the USA Gymnastics National Team Training Center," USA Gymnastics president and CEO Kerry Perry said in a statement.

A website for the Karolyi summer camp has only this statement:

"After nearly four decades of spiriting young gymnasts towards greatness in sport, our yearly tradition of the Karolyi's Gymnastics Camp has come to an end. Bela, Martha, and the rest of the camp staff wish to sincerely thank all participants, USA Gymnastics, and everyone who has been a part of our extended family for 35 years of unforgettable memories."

The Walker County Sheriff's Office said last week that it had an open investigation into the ranch, and Abbott commended the office for its diligence. He said he was bringing the Rangers into the matter because the "criminal action has been implicated across multiple jurisdictions and states."

"The public statements made by athletes who previously trained at the Karolyi Ranch are gut-wrenching," Abbott said in a statement. "Those athletes, as well as all Texans, deserve to know that no stone is left unturned to ensure that the allegations are thoroughly vetted and the perpetrators and enablers of any such misconduct are brought to justice. The people of Texas demand, and the victims deserve, nothing less."

As Dvora Meyers reported on Deadspin in May, USA Gymnastics brought Bela Karolyi out of retirement in late 1999 to fill the new role of national team coordinator, and grueling training camps at the ranch became part of the Olympic team selection process.