Accessibility links
Trump Signs Order To Keep Prison At Guantanamo Bay Open : The Two-Way The president's new order reverses one issued by Obama in his first days in office. During his campaign, Trump had promised to keep the facility open and to "load it up with some bad dudes." 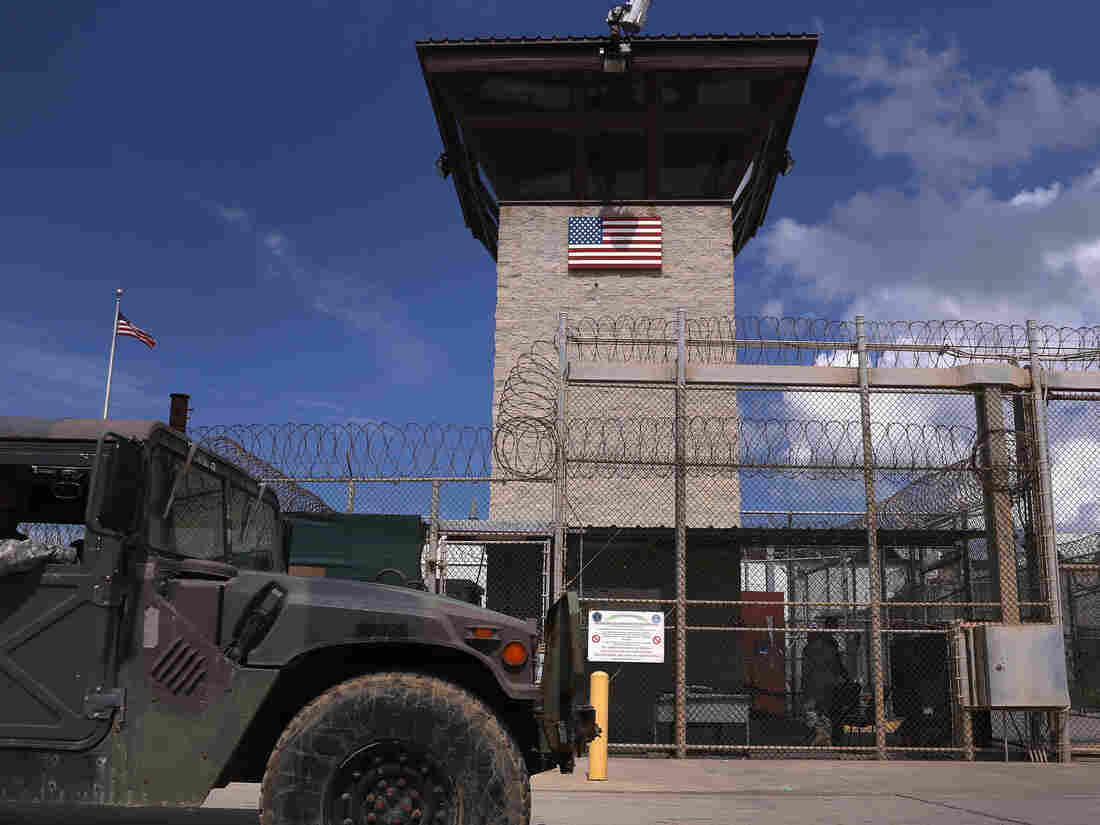 A humvee passes the guard tower guard tower at the entrance of the U.S. prison at Guantanamo Bay, also known as "Gitmo" in October 2016. October 23, 2016 at the U.S. John Moore/Getty Images hide caption 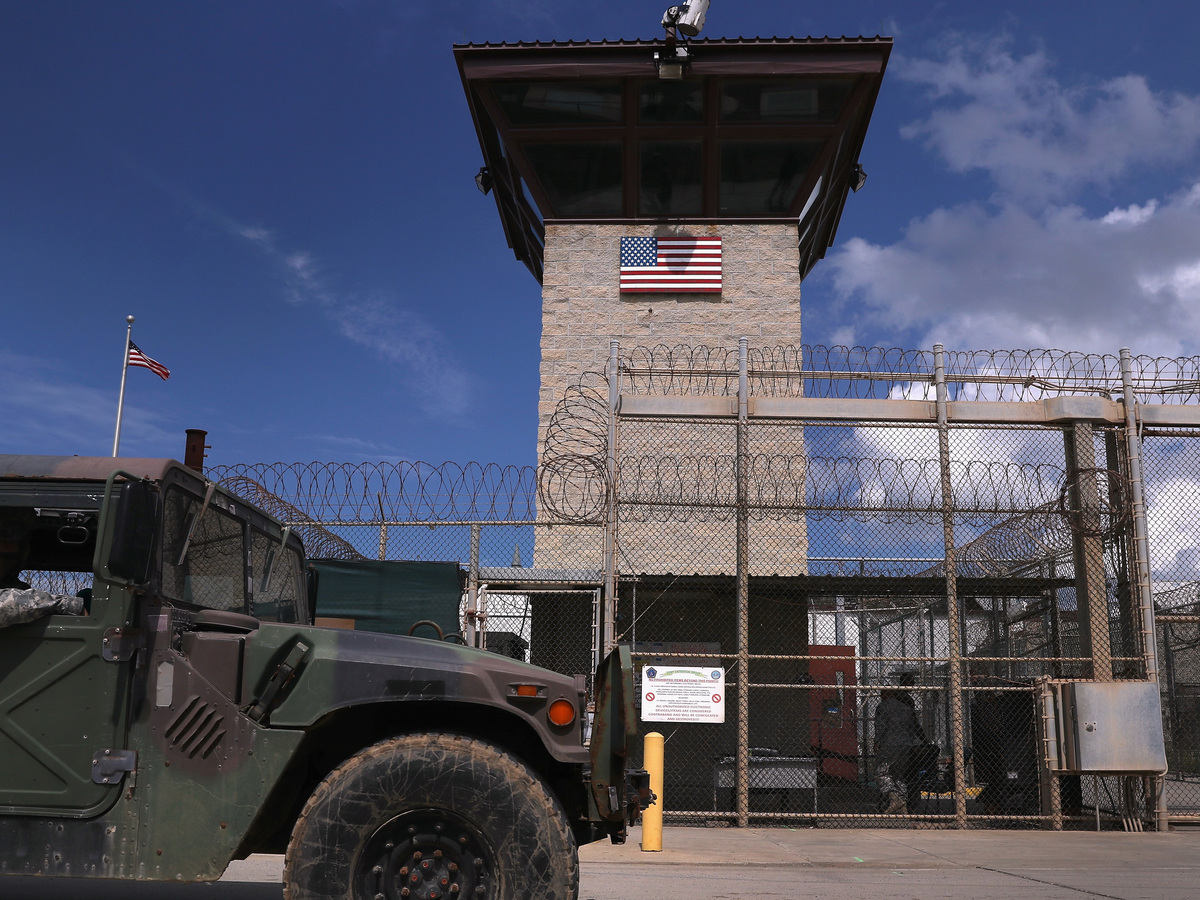 A humvee passes the guard tower guard tower at the entrance of the U.S. prison at Guantanamo Bay, also known as "Gitmo" in October 2016. October 23, 2016 at the U.S.

President Trump on Tuesday signed an executive order to keep open the U.S. military prison at Guantanamo Bay, after pledging during the campaign to "load it up with some bad dudes."

Signed moments before he stepped to the podium to present his first State of the Union Address, Trump said in the speech: "In the past, we have foolishly released hundreds and hundreds of dangerous terrorists only to meet them again on the battlefield, including the ISIS leader, al-Baghdadi, who we captured, who we had, who we released," he said, referring to Islamic State group leader Abu Bakr al-Baghdadi, who was released from Camp Bucca in Iraq in 2004.

"I am asking Congress to ensure that, in the fight against ISIS and al-Qaeda, we continue to have all necessary power to detain terrorists, wherever we chase them down, wherever we find them. And in many cases, for them, it will now be Guantanamo Bay," the president added to applause.

Trump's order revokes one issued by President Obama in his first days in office that called for the facility to close, which had been a key Obama campaign promise.

Although many prisoners were released from Guantanamo under Obama, he was unable to make good on the pledge to close it altogether, due to concerns over the fate of some prisoners deemed too risky for either being freed or moved to U.S. soil.

No new prisoners have come to Guantanamo in more than a decade. When Obama left office, eight years after signing the closing order, there were still 41 inmates. They remain, including five who had been cleared for release by federal agencies when Trump took office.

NPR's David Welna, speaking with Morning Edition, says "It looks like many of the remaining prisoners – many of whom have been stuck there for more than a dozen years and have never been charged with any crime, much less tried, are likely stuck there for more years to come."

While the new directive does nothing to immediately resolve the legal quandary dating to the administration of President George W. Bush, it does require the secretary of defense to recommend within 90 days a method for determining the fate of individuals captured by the U.S. forces.

Lee Wolosky, who was Obama's special envoy at the State Department for closing Guantanamo, was quoted by The Associated Press as saying that in a practical sense, not much will change with the new order.

"But as a symbolic matter, it changes a great deal because the two presidents before him were trying to close Guantanamo because they recognized that it was a detriment to our national security," Wolosky tells AP. "Symbolically, it reaffirms his interest in perpetrating a symbol that has greatly damaged the United States."