Accessibility links
Russian Spy Chief Reportedly Met With U.S. Intelligence Officials Despite Sanctions : The Two-Way Sergey Naryshkin, who has been on a U.S. Treasury Department sanctions list since 2014, reportedly met with U.S. Director of National Intelligence Dan Coats and other U.S. intelligence officials. 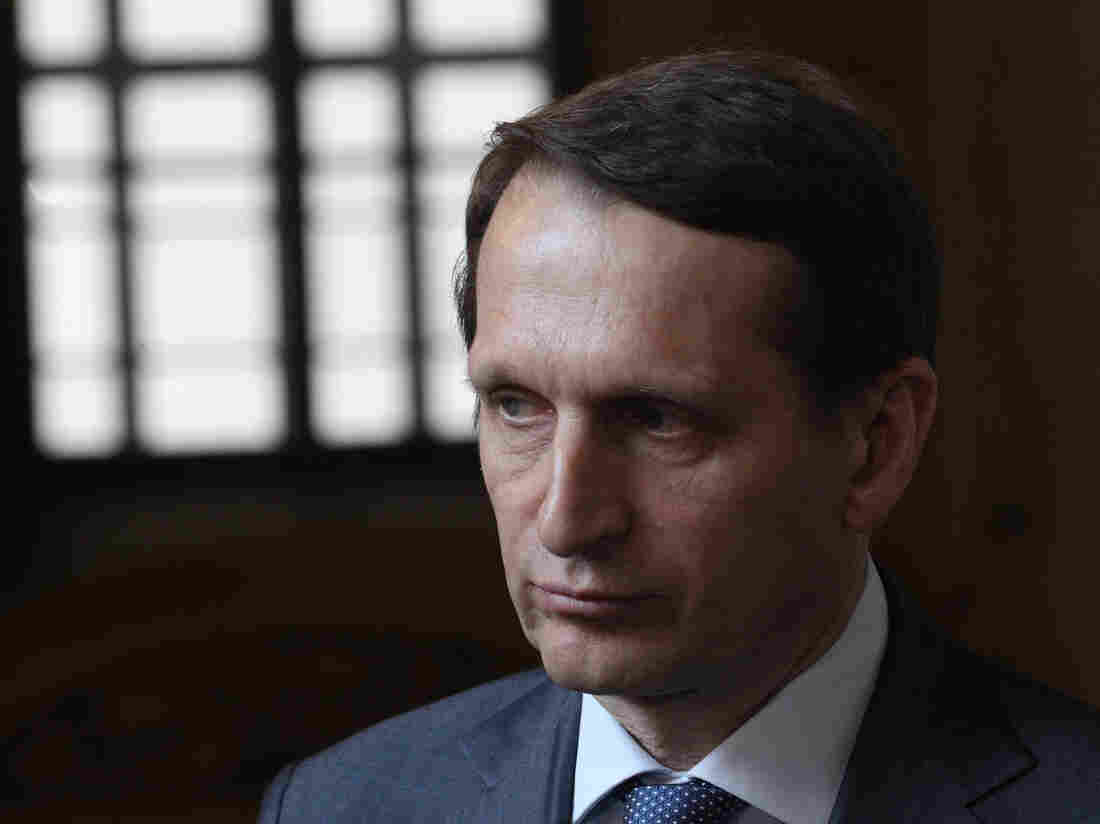 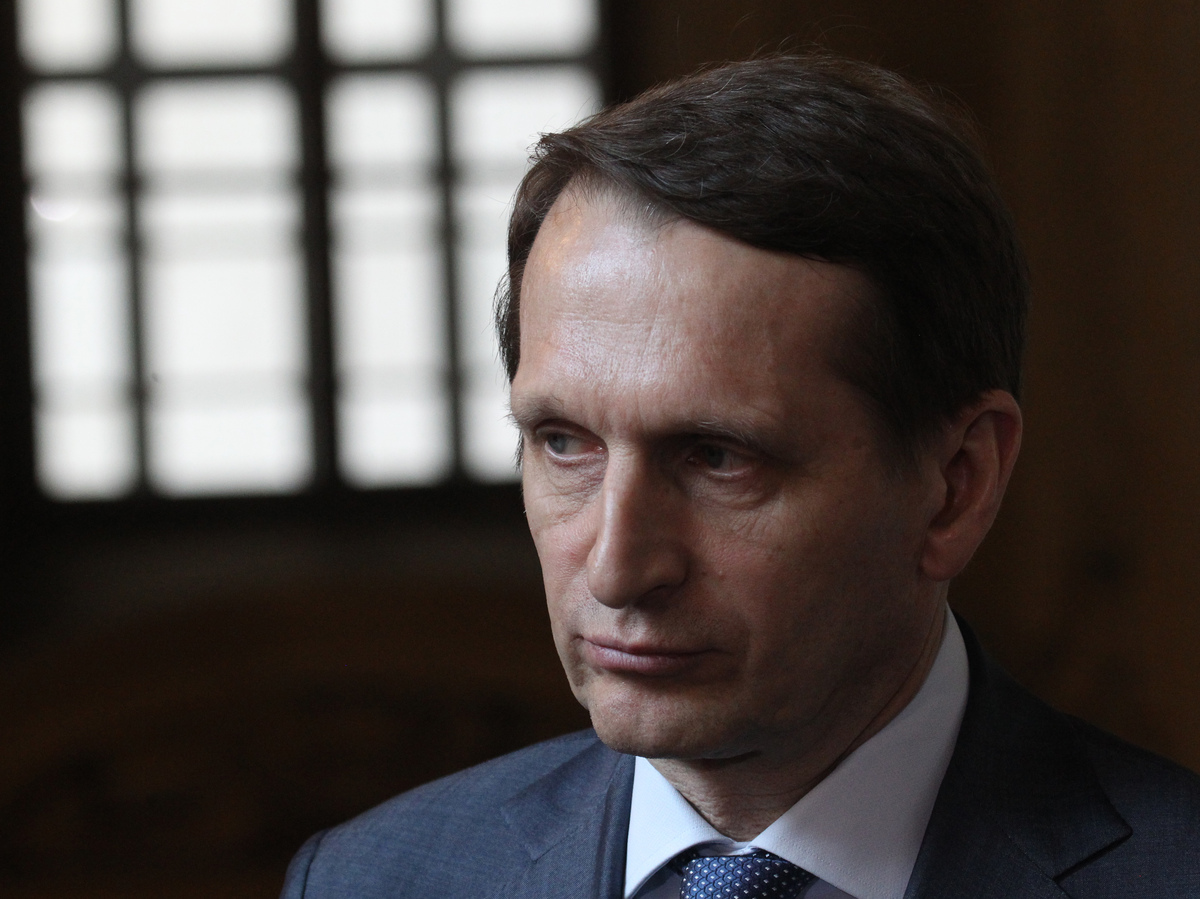 Sergey Naryshkin speaks during the European Social Charter Conference in March 2016 in Turin, Italy, prior to his appointment to head Russia's SVR foreign intelligence service.

The head of Russia's foreign spy service reportedly traveled to the U.S. earlier this month and met with top Trump administration intelligence officials, despite being on a U.S. sanctions blacklist.

In a tweet, Russia's embassy in Washington acknowledged the visit, citing the official ITAR-Tass news agency: "Sergey Naryshkin has visited the United States for consultations with #US counterparts on the struggle against terrorism ..."

The director of Russia’s foreign intelligence, Sergey Naryshkin, has visited the United States for consultations with #US🇺🇸 counterparts on the struggle against terrorism - Ambassador #Antonov
➡️https://t.co/WPeQwBMrVJ pic.twitter.com/NKl5oUaHVh

Naryshkin is the head of the SVR, the foreign intelligence service that was once part of the KGB. He has been on a U.S. Treasury Department list of sanctioned individuals "for involvement in the situation in Ukraine" since 2014, when he was chairman of the Duma. Naryshkin was appointed to the top post at the SVR in 2016.

The sanctions are meant to freeze any assets of the individuals under U.S. jurisdiction and prohibit "transactions by U.S. persons or within the United States involving the individual."

Coats' office has said that it cannot discuss the schedules of U.S. intelligence officials and that "any interaction with foreign intelligence agencies would have been conducted in accordance with U.S. law and in consultation with appropriate departments and agencies."

"Russia hacked our elections. We sanctioned the head of their foreign intelligence. Then the Trump administration invites him to waltz through our front door," Schumer told reporters.

As The Associated Press writes: "Schumer and other Democrats suggested that Naryshkin's visit may have influenced President Trump's decision not to impose new sanctions on Russia before a deadline Monday. The administration instead released a list of more than 200 Russian officials, politicians and 'oligarchs,' defined as people with a net worth of more than $1 billion — who it said could be penalized."

The Dutch newspaper de Volkskrant reported last week that the Russian operation "Cozy Bear," which is thought to be responsible for hacking Democratic National Committee emails, was operated by the SVR, according to Reuters.

Director of the Central Intelligence Agency Mike Pompeo recently told the BBC that he has "every expectation" that the Russians will try to disrupt the November 2018 U.S. elections and that he has not seen any "significant decrease" in such Russian activity.

#Antonov: Why would we help Democrats win the elections? It would not benefit 🇷🇺#RussiaUS🇺🇸 relations, which was proven during former President Barack Obama's years in office. Why would we help the Republicans? The relations between Washington and Moscow are deteriorating