Accessibility links
Feds Formalize Plan To Pursue Certain Undocumented Immigrants In Courthouses : The Two-Way Immigration actions inside courthouses have drawn criticism from immigrant advocates and some judges. The new policy outlines who will be targeted in such actions. 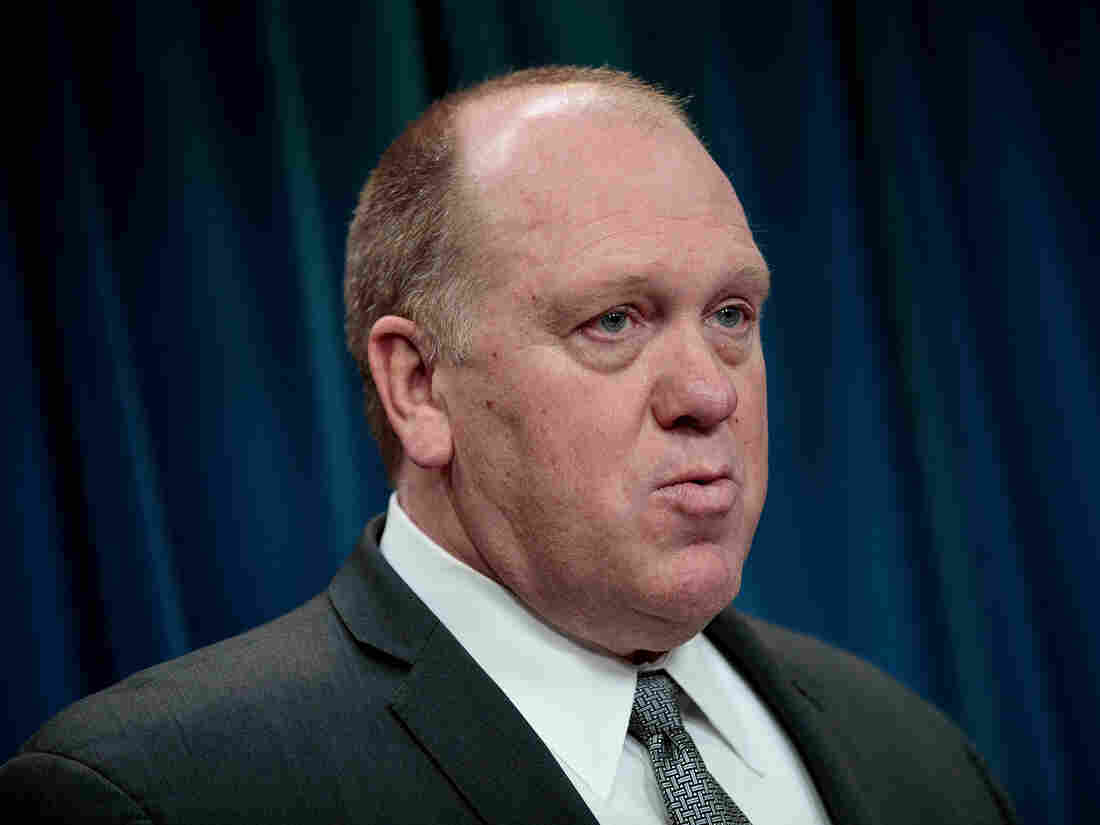 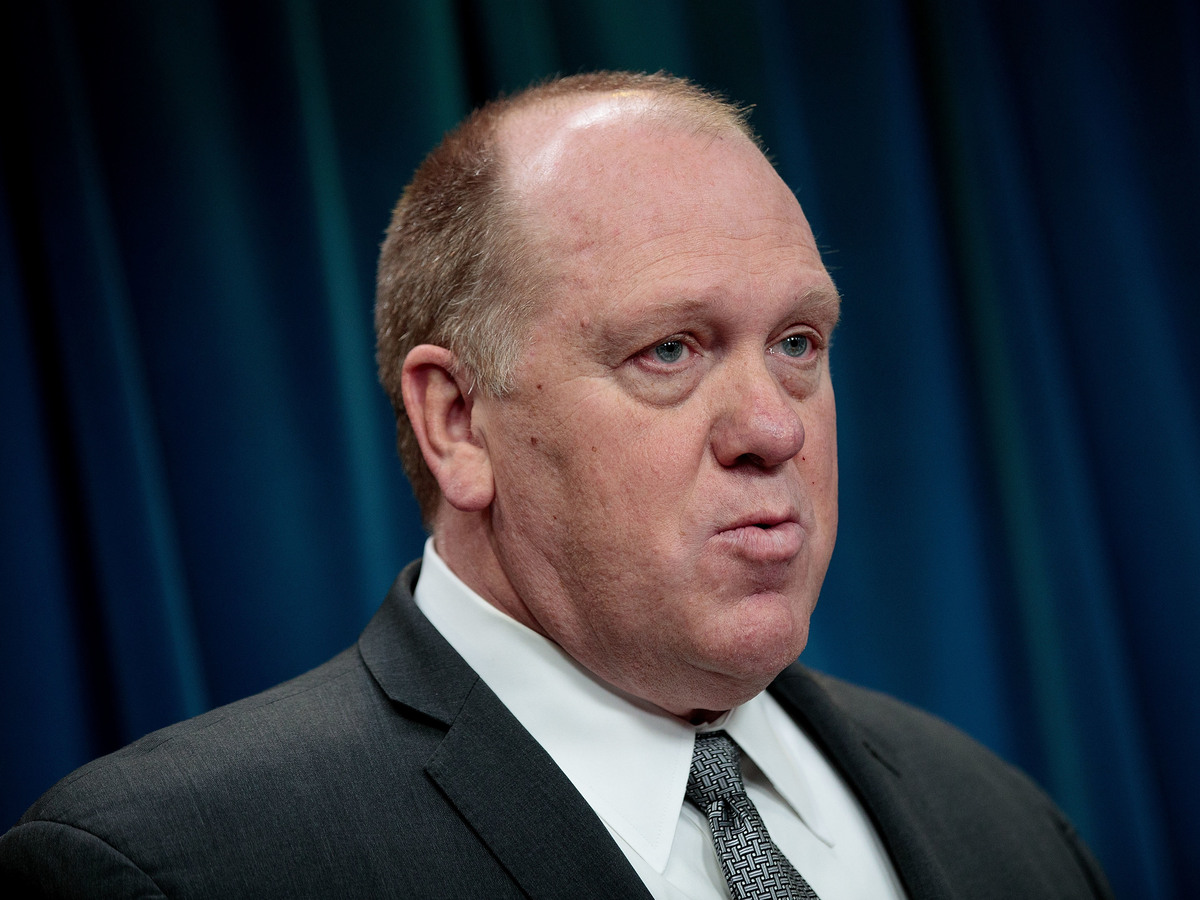 Immigration and Customs Enforcement Acting Director Thomas Homan. His agency has issued a new guidelines on arrests at courthouses.

Federal immigration officers will continue their practice of going into federal, state and local courthouses seeking to arrest undocumented immigrants, despite the objections of immigrant advocates and some judges, including the chief justice of California.

In a two-page policy directive signed by the deputy director of U.S. Immigrations and Customs Enforcement, Thomas Homan, agents will take

"actions against specific, targeted aliens with criminal convictions, gang members, national security or public safety threats, aliens who have been ordered removed from the United States but have failed to depart, and aliens who have re-entered the country illegally after being removed, when ICE officers or agents have information that leads them to believe the targeted aliens are present at that specific location."

Under the directive, ICE agents are to be discreet "to minimize their impact on court proceedings" and will, when possible, operate in nonpublic areas of the courthouses in collaboration with local court security staff. It also says:

In an apparent reference to (and criticism of) the sanctuary cities where officials limit cooperation with ICE, the directive says courthouse arrests are "necessitated by the unwillingness of some jurisdictions to cooperate with ICE."

"Immigration agents made courtroom arrests under the Obama administration but the pace appears to have picked up under President Donald Trump, whose administration has seen a roughly 40 percent surge in arrests overall and has casted a much wider net."

The chief justice of California, Tani Cantil-Sakauye, had been an outspoken critic of ICE actions inside courthouses. In her annual State of the Judiciary address in March 2017, she expressed concern that courthouse immigration arrests

"will trickle down into communities, churches, schools and families, and I worry that people will no longer cooperate, or come to court to press their rights, or to seek protection because they will see the court as a bad place. And I worry that crimes will go unreported and communities will live in fear."

But in a statement issued Wednesday, Cantil-Sakauye said: "If followed correctly, this written directive is a good start. It's essential that we protect the integrity of our state court justice system and protect the people who use it."

The New York-based Immigrant Defense Project, said the directive is a continuation of a policy that will "trample the constitutional rights of immigrant communities," as quoted by Reuters.

The directive said that courthouse screening for "weapons and other contraband" can reduce the safety risks to the public and ICE officers and agents.