Accessibility links
Poland Passes Bill Criminalizing Claims Of Its Complicity In The Holocaust : The Two-Way The Nazis established some of the most notorious extermination camps of the Holocaust on Polish soil — including Auschwitz-Birkenau.

Poland Passes Bill Criminalizing Claims Of Its Complicity In The Holocaust

Poland Passes Bill Criminalizing Claims Of Its Complicity In The Holocaust 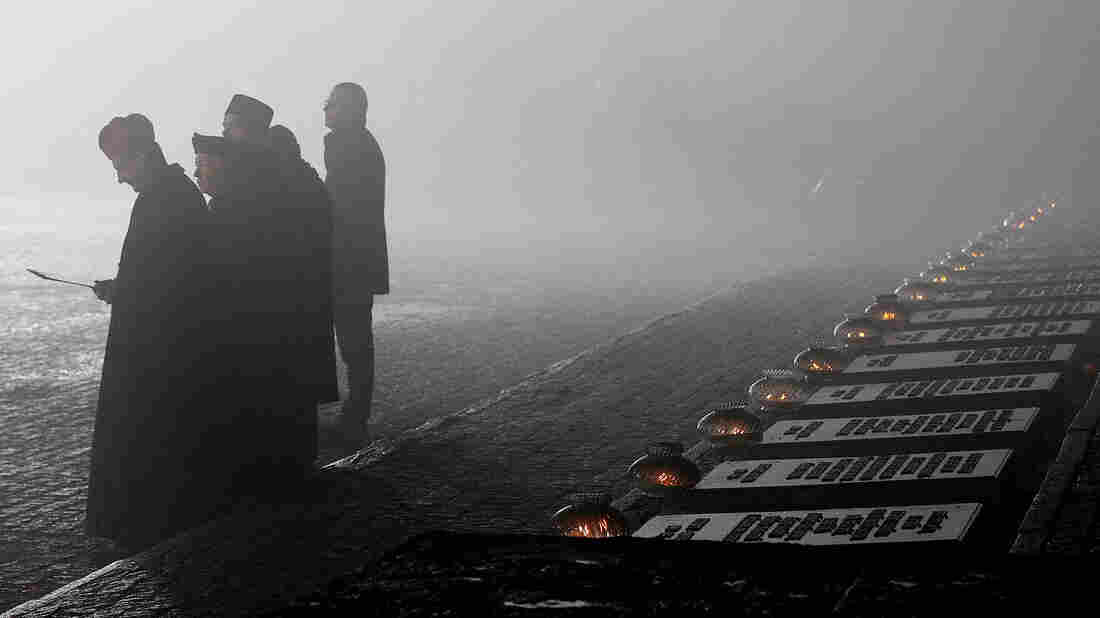 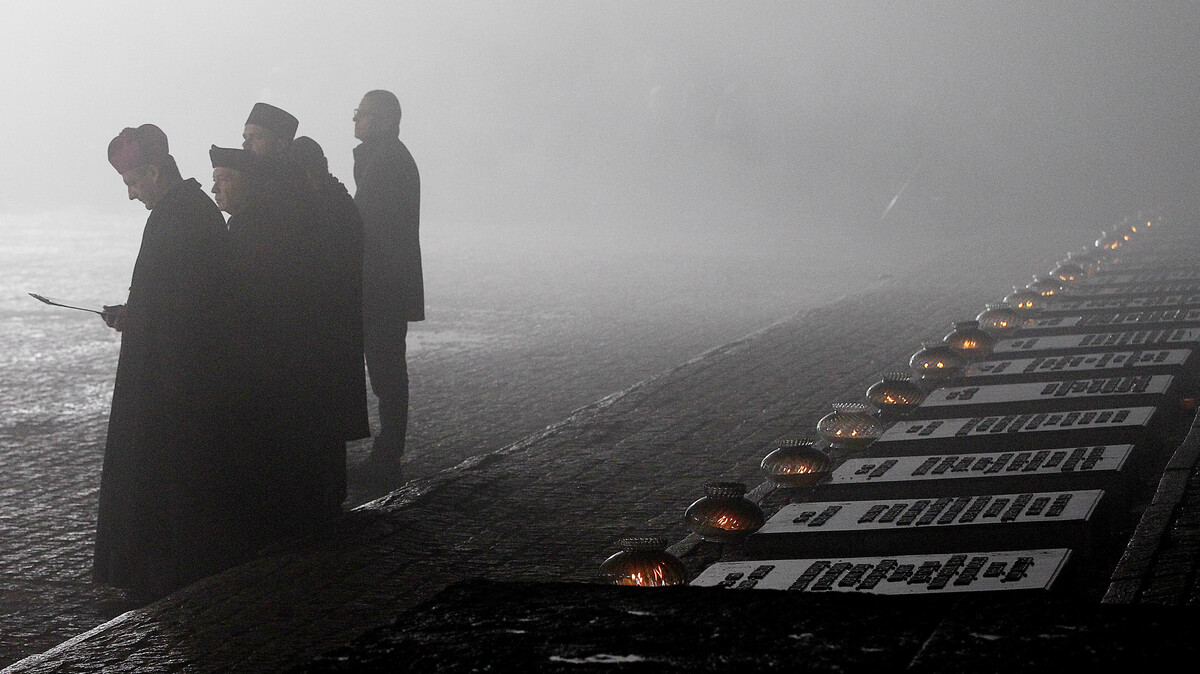 Is it an attempt to preserve the Polish name from wanton historical slander, or a reckless attempt to erase an uncomfortable part of Poland's past?

A bill passed by the country's Senate Thursday, less than a week after the lower chamber did the same, has been described in vastly varying terms — though the terms the bill itself bans are quite clear: It would be illegal — and punishable by up to three years in prison — to claim Poland was complicit in the Nazi atrocities committed on Polish soil during World War II.

The bill is now just a presidential signature away from becoming law, and Polish President Andrzej Duda has signaled he intends to sign it.

"We, the Poles, were victims, as were the Jews," Deputy Prime Minister Beata Szydlo said Wednesday before the vote, according to Reuters. "It is a duty of every Pole to defend the good name of Poland."

During World War II, Germans killed at least 3 million Jewish citizens of Poland and an additional 1.9 million non-Jewish Polish civilians, according to the U.S. Holocaust Memorial Museum. And the Nazis established some of the most notorious extermination camps of the Holocaust on Polish soil — including Auschwitz-Birkenau near Oswiecim, where nearly 1 million Jews and roughly 75,000 non-Jewish Poles died.

"Auschwitz is the most bitter lesson on how evil ideologies can lead to hell on earth," Polish Prime Minister Mateusz Morawiecki explained in a tweet defending the bill last weekend. "Jews, Poles, and all victims should be guardians of the memory of all who were murdered by German Nazis."

But he added that "Auschwitz-Birkenau is not a Polish name, and Arbeit Macht Frei is not a Polish phrase," referring to the infamous phrase — "Work Sets You Free," in German — wrought in metalwork above the entrances to several Nazi concentration and death camps.

A gang of professional thugs enters a two-family house.They kill the first family almost entirely.They kill the parents of the second, torturing the kids.They loot and raze the house. Could one, in good conscience, say that the second family is guilty for the murder of the first?

Poland's right-wing ruling Law and Justice party, which has been pushing the measure, has made several moves recently that haven't sat well with its European neighbors — including new laws cementing political control over the country's court system, which have drawn the threat of sanctions from the European Union, and revived talk of possibly demanding war reparations from Germany.

This time, the criticism has extended beyond the borders of Europe, too.

"The history of the Holocaust is painful and complex. We understand that phrases such as 'Polish death camps' are inaccurate, misleading, and hurtful. We are concerned, however, that if enacted this draft legislation could undermine free speech and academic discourse," U.S. State Department spokeswoman Heather Nauert said in a statement Wednesday.

"We all must be careful not to inhibit discussion and commentary on the Holocaust," she added, encouraging Polish politicians to reconsider their position. "We believe open debate, scholarship, and education are the best means of countering inaccurate and hurtful speech."

Nauert noted, in particular, the harm the legislation threatened to Poland's relationship with Israel — damage already starkly apparent in the country's immediate condemnation of the bill, which Israeli Prime Minister Benjamin Netanyahu has criticized as "baseless."

The facts are that historians have dredged several pogroms from the historical record that, seen in new shades, have jarred certain commonly accepted accounts of the war.

There was the 1941 massacre of hundreds of Jews in rural northeast Poland that, as historian Jan Gross argues, was carried out not under Nazi direction but rather on the initiative of the villagers' own Polish neighbors. And then there was the killing of dozens of Jews a year after the war's end in the town of Kielce, again apparently conducted by their Polish neighbors.

Yad Vashem, Israel's official memorial to Holocaust victims, argues the point is not to assign blame to all Polish people — thousands of whom are recognized by the center as Righteous Among the Nations, or "non-Jews who took great risks to save Jews during the Holocaust" — but rather to preserve open dialogue about a painful, complicated tragedy.

Yad Vashem agreed with Polish lawmakers "that the term 'Polish death camps' is erroneous" — but said education programs, rather than "this problematic piece of legislation," is the proper response to such inaccuracies.

"The law passed last night in the Polish Senate jeopardizes the free and open discussion of the part of the Polish people in the persecution of the Jews at the time," the group said in a statement Thursday. "Yad Vashem will continue to support research aimed at exposing the complex truth of Polish-Jewish relations during the Holocaust and promoting educational and commemorative activities in this spirit."