Accessibility links
Trump Claims His SOTU Had The Highest Ratings In History. It Didn't : The Two-Way Though the specific numbers he cites in his tweet are correct, Trump's audience on Tuesday night wasn't close to being the largest for a State of the Union.

Trump Claims His SOTU Had The Highest Ratings In History. It Didn't

Trump Claims His SOTU Had The Highest Ratings In History. It Didn't 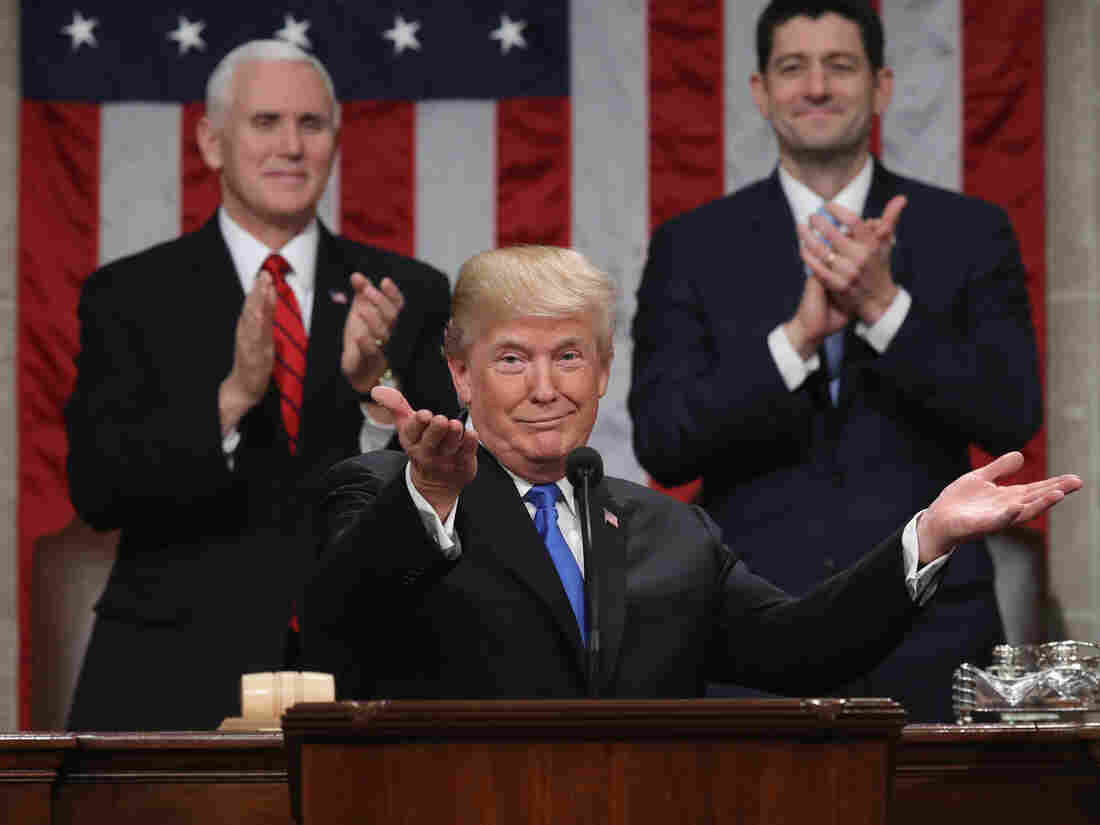 President Trump delivers his State of the Union address on Tuesday night, attracting the ninth-most number of viewers of such a speech since 1993. Win McNamee/Getty Images hide caption 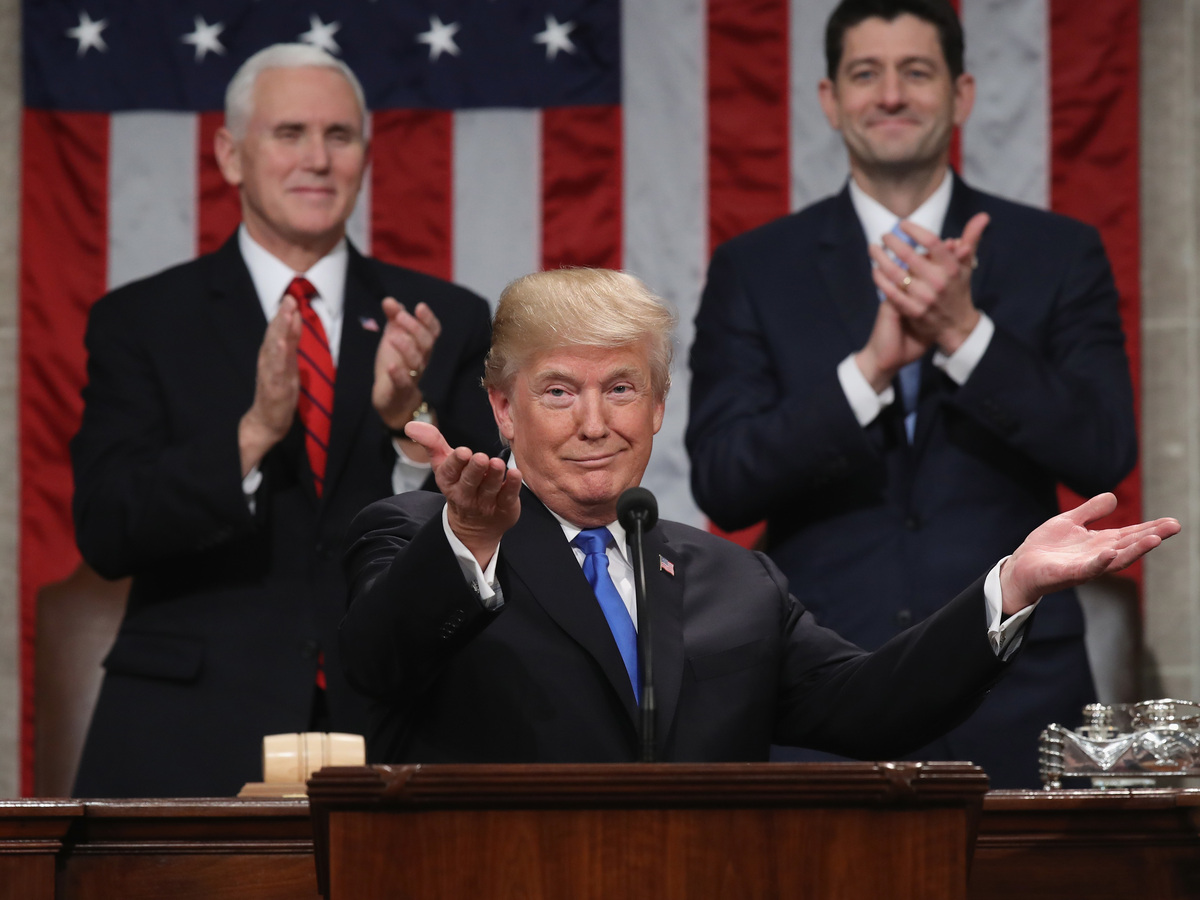 President Trump delivers his State of the Union address on Tuesday night, attracting the ninth-most number of viewers of such a speech since 1993.

In a tweet, President Trump claimed the largest audience ever tuned in for his State of the Union address. That's not true.

FACT CHECK: Democratic Response To State Of The Union

"Thank you for all of the nice compliments and reviews on the State of the Union speech," Trump tweeted just after 7 a.m. ET Thursday. "45.6 million people watched, the highest number in history. @FoxNews beat every other Network, for the first time ever, with 11.7 million people tuning in. Delivered from the heart!"

Though the specific numbers he cites in his tweet are correct, Trump's audience on Tuesday night wasn't close to being the highest in history for a State of the Union.

Quick note: The speech a president gives just after taking office looks like a State of the Union but is actually a joint address to Congress. But just for the purposes of this article, we will call those big speeches early in the first year of a presidency SOTUs, too, as a shorthand.

Let's look at the numbers. Nielsen counts the number of people who watch the speeches on broadcast networks, cable and PBS, either live or on the same day.

Nielsen reported Wednesday that an estimated 45.6 million people tuned in to Trump's address on Tuesday night. Compared with other SOTUs since 1993, that total puts Trump's speech in ninth place.

The SOTU with the largest audience was Bill Clinton's 1993 speech, which drew a whopping 66.9 million viewers.

And if you look at the combined household rating, rather than combined number of viewers, Trump's 26.9 rating nets him 16th place, tied with George W. Bush's 2006 address. (Clinton's 1993 speech also wins on the rating front, with a 44.3.)

But despite the president's obsession with ratings, it's worth remembering that methods for counting television viewers are imperfect. The New York Times notes that the figures don't include streaming.

President Barack Obama's first official State of the Union, a year into his presidency, drew 48 million viewers and a 29.8 rating — higher on both metrics than Trump's speech on Tuesday.

It's not clear where Trump got the notion that his SOTU numbers were the highest. But CNN's Brian Stelter notes that a segment on Fox and Friends, which Trump reportedly watches, Thursday morning mentioned the 45.6 million total and that Fox had a record number of viewers.

Following the president's morning tweet, Fox News Research tweeted Nielsen's viewership numbers for SOTUs back to 1993, along with a photo of Trump.

*Not an official SOTU pic.twitter.com/OZlUHmGQp4

A previous version of this story misspelled Nielsen as Nielson in some references.