Accessibility links
Voting Rights Process For Florida Felons Unconstitutional, Judge Says : The Two-Way U.S. District Judge Mark Walker says a state panel that is the gatekeeper for the restoration of voting rights to felons who served their time is unconstitutional. 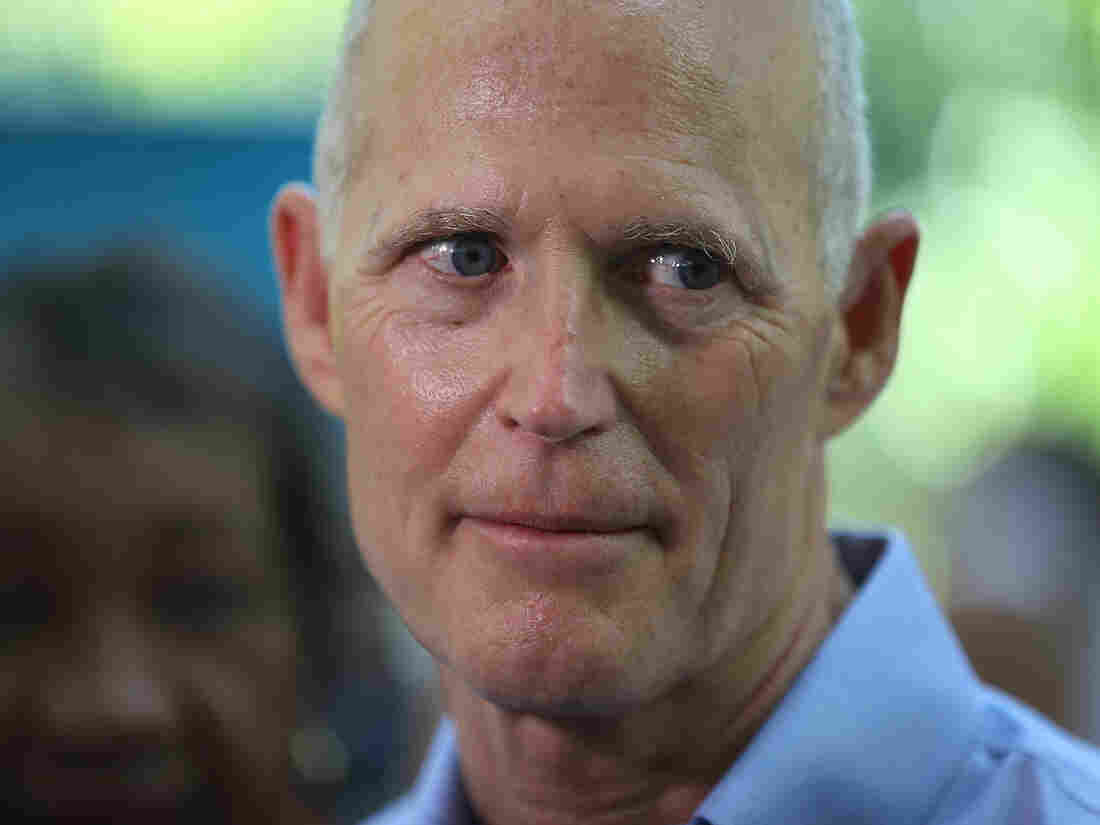 Florida Gov. Rick Scott at a news conference in May in Miami. A decision by a federal judge to strike down the state's procedure for restoring voting rights to felons who have served their time is seen as a defeat for the governor. Joe Raedle/Getty Images hide caption 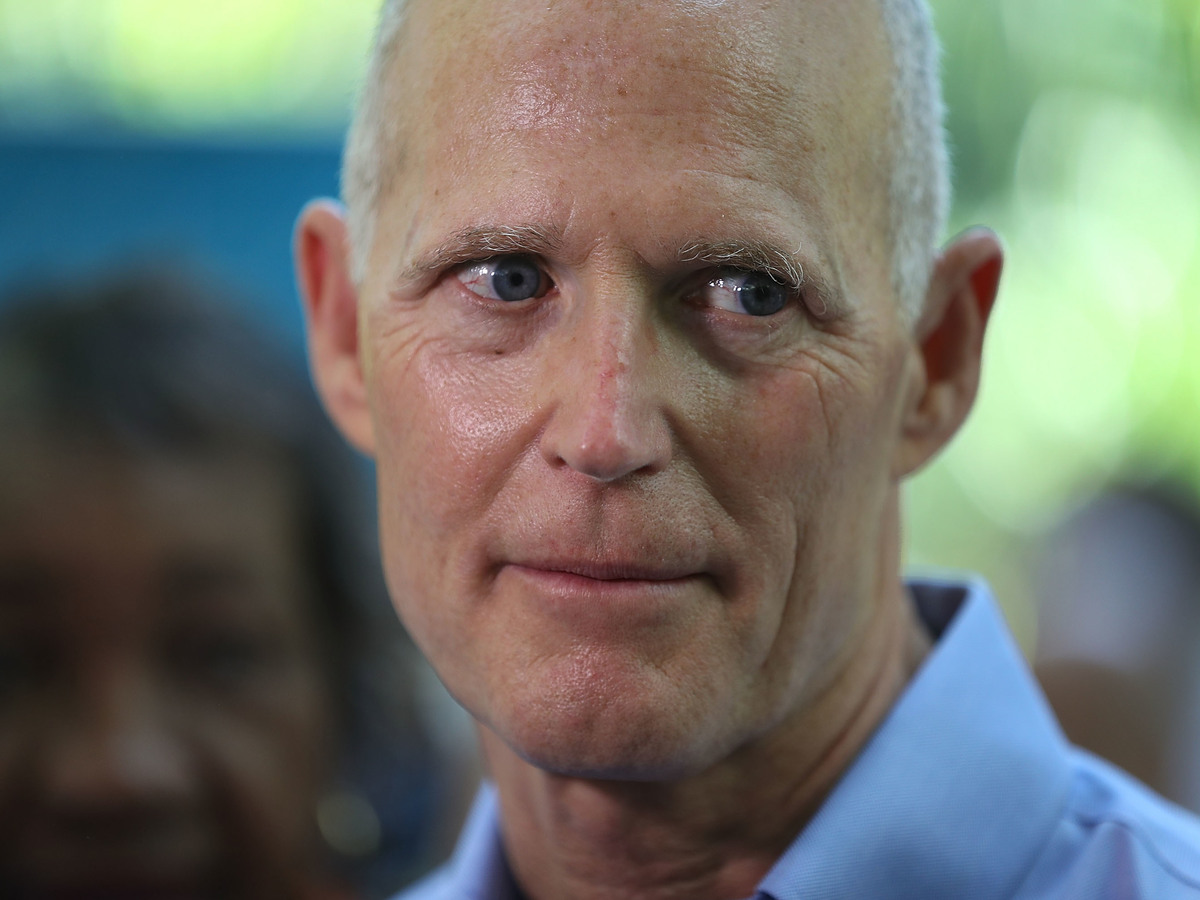 Florida Gov. Rick Scott at a news conference in May in Miami. A decision by a federal judge to strike down the state's procedure for restoring voting rights to felons who have served their time is seen as a defeat for the governor.

A federal judge has declared unconstitutional Florida's procedure for restoring voting rights to felons who have served their time.

In a strongly worded ruling seen as a rebuke of Republican Gov. Rick Scott, who is the lead defendant in the case, U.S. District Judge Mark Walker said the disenfranchisement of felons who have served their time is "nonsensical" and a violation of the First and 14th Amendments to the U.S. Constitution.

Although nearly every state bars incarcerated criminals from voting, only Florida and three others — Iowa, Kentucky and Virginia — do not automatically restore voting rights at the completion of a criminal sentence.

Walker, an Obama administration appointee, decried the state's requirement that someone with a felony conviction must "kowtow" to a partisan panel, the Office of Executive Clemency, "over which Florida's governor has absolute veto authority" to regain their right to vote.

"[Elected], partisan officials have extraordinary authority to grant or withhold the right to vote from hundreds of thousands of people without any constraints, guidelines, or standards," the judge said.

"Its members alone must be satisfied that these citizens deserve restoration. ... The question now is whether such a system passes constitutional muster. It does not," he said.

The suit was brought by The Fair Elections Legal Network, a voting rights group, on behalf of nine felons.

The decision could have repercussions for a state that is deeply divided along partisan lines and that has increasingly become a cliffhanger in presidential elections.

According to the Brennan Center for Justice, 1.5 million Floridians are currently ineligible to vote due to past felony convictions.

According to The Tampa Bay Times, "Scott was the principal architect of the current system that requires all felons to wait at least five years after they complete their sentences, serve probation and pay all restitution, to apply for [the] right to vote and other civil rights."

The judge cited one clemency hearing where Scott announced the panel "can do whatever we want" as evidence of its arbitrary nature.

Judge Walker also noted the case of Steven Warner, who admitted to the Florida panel that he had voted illegally in the 2010 election. When the governor asked about it, Warner replied, "actually, I voted for you."

Scott laughed and said, "I probably shouldn't respond to that," but then promptly granted the restoration of voting rights to Warner.

In a statement on Thursday, the governor's spokesman, John Tubbs, defended the current system and hinted at an appeal.

"The Governor believes that convicted felons should show that they can lead a life free of crime and be accountable to their victims and our communities," Tubbs said. "While we are reviewing today's ruling, we will continue to defend this process in the court."

Florida's current system, implemented in 2011, "reversed a policy under which many felons, not including murderers and sex offenders, had their rights restored without application process and hearings." That system had been in place under former Republican Gov. Charlie Crist, who switched parties in 2012 and now serves the state's 13th congressional district as a Democrat.

"We've known this policy was unjust, and today a federal judge confirmed it's also a violation of constitutional rights," Crist wrote on Facebook Thursday.

Last month, Florida elections officials approved a November ballot measure to return to the pre-2011 status quo that would automatically restore voting rights to people convicted of felonies who have completed their sentences, with exceptions for murder and serious sex offenses.