Accessibility links
Wisconsin Teen Sentenced To 40 Years In Mental Hospital For 'Slender Man' Stabbing : The Two-Way In 2014, Morgan Geyser repeatedly stabbed a classmate, leaving her victim for dead. She and another girl believed the attack would curry favor with a fictional Internet character. 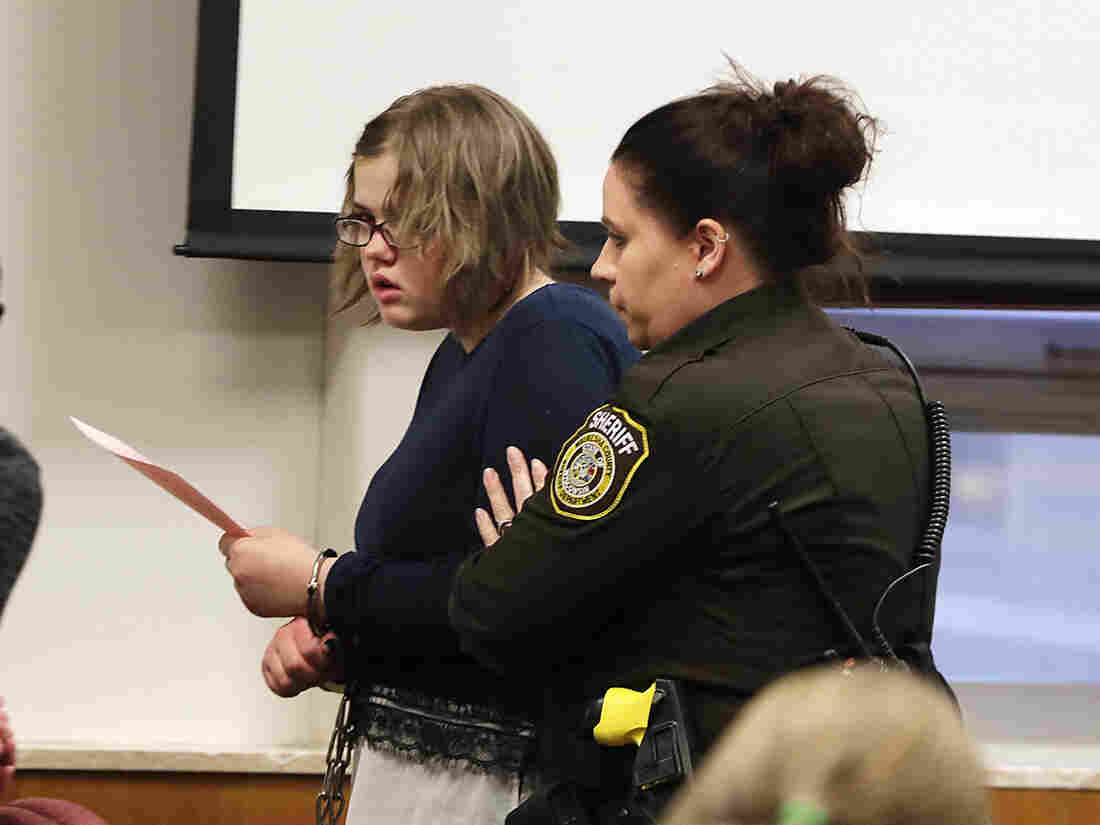 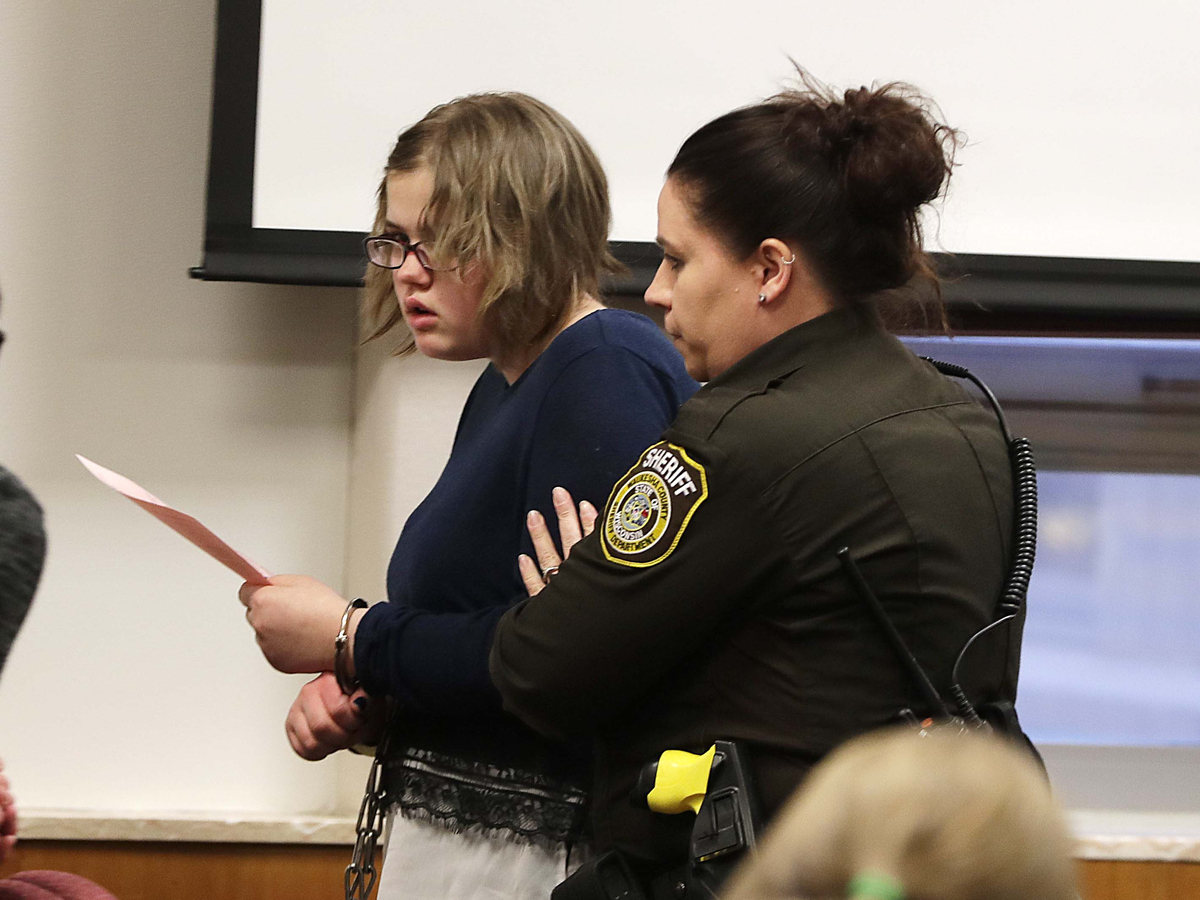 A Wisconsin girl who pleaded guilty to stabbing a classmate as part of a bizarre attempt to gain favor with a fictional Internet character has been ordered committed to a mental institution for 40 years, the maximum penalty sought by prosecutors.

Morgan Geyser had pleaded guilty to attempted first-degree murder in the near-fatal stabbing of Payton Leutner. Geyser's cohort, Anissa Weier, pleaded guilty to being a party to the crime and was sentenced in December to 25 years in a mental institution. All three girls, including the victim, were 12 at the time of the stabbing.

Geyser and Weier, now teenagers, were tried as adults. Leutner survived the attack.

"I just want to let Bella and her family know that I'm sorry," a tearful Geyser said, using Leutner's nickname. "And I hope she's doing well."

The two girls apparently carried out the attack to impress a horror character known as Slender Man.

As member station WUWM in Milwaukee has reported, in the spring of 2014, Geyser and Weier lured Leutner to the woods in Waukesha, attacked her and left her to die.

"The victim was able to crawl from the site of the attack and flag down a bicyclist who came to her aid."

"Weier and ... Geyser said they planned the stabbing in order to please the Internet horror character Slender Man. Attorneys for Weier argued that she believed Slender Man would harm her family if she did not attack her classmate."

Attorneys for Weier said she believed Slender Man would hurt her family if she did not go through with the attack on Leutner.

During testimony in October, Geyser cried as she told Judge Michael Bohren: "Anissa and I took [Leutner] in the forest and said that we were going to play hide-and-seek."

"Anissa said that she couldn't do it and that I had to," Geyser said, referring to the stabbing.

Bohren asked how Geyser carried out the attack, to which she replied: "I tackled her. I stabbed her."

Where? Bohren asked. "Everywhere," Geyser replied. How many times? "19."

"Anissa told her to lie down so she wouldn't lose blood so quickly, and told her to be quiet, and we left," Geyser said.