Accessibility links
90 Migrants Reported Dead After Boat Capsizes Off Libya : The Two-Way An estimated 246 migrants have died in January crossing the Mediterranean, part of what advocates call "an undeniable trend of tragedy in the Mediterranean." 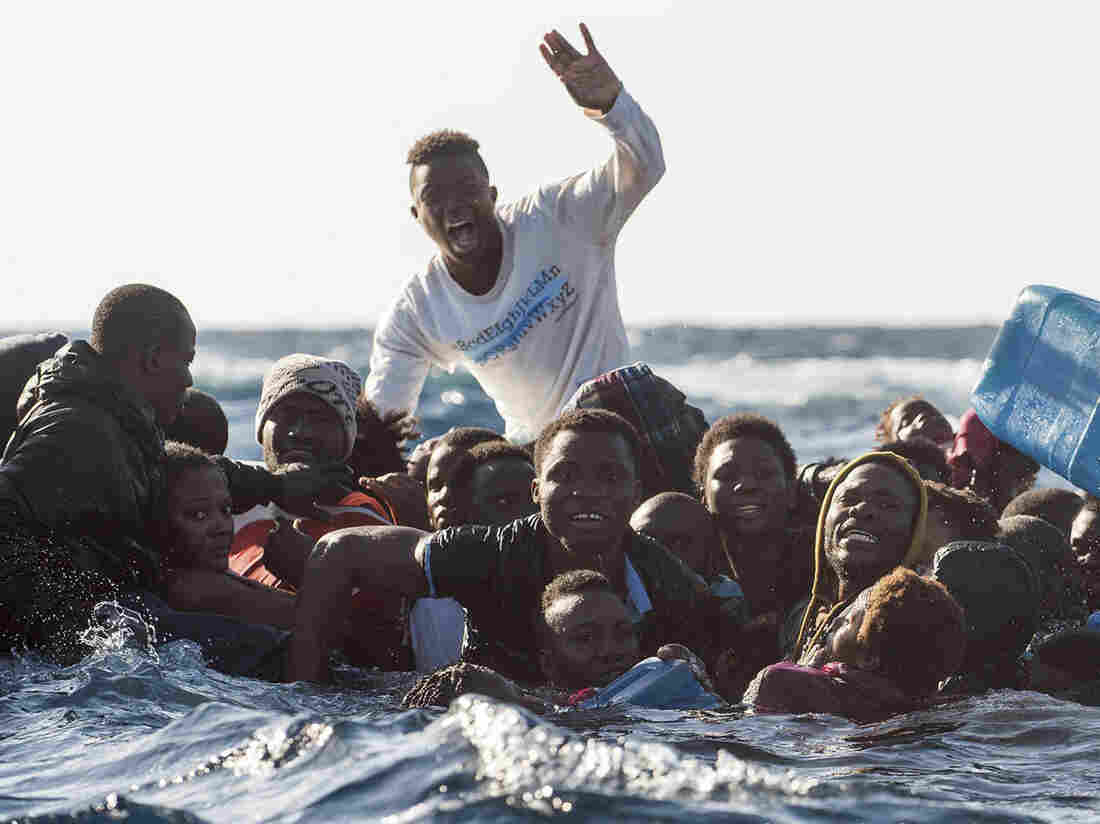 In a separate incident, a rubber dinghy began sinking as it crossed the Mediterranean on Saturday. Migrant advocates say there is an "undeniable trend of tragedy in the Mediterranean." Laurin Schmid/SOS Mediterranee/AP hide caption 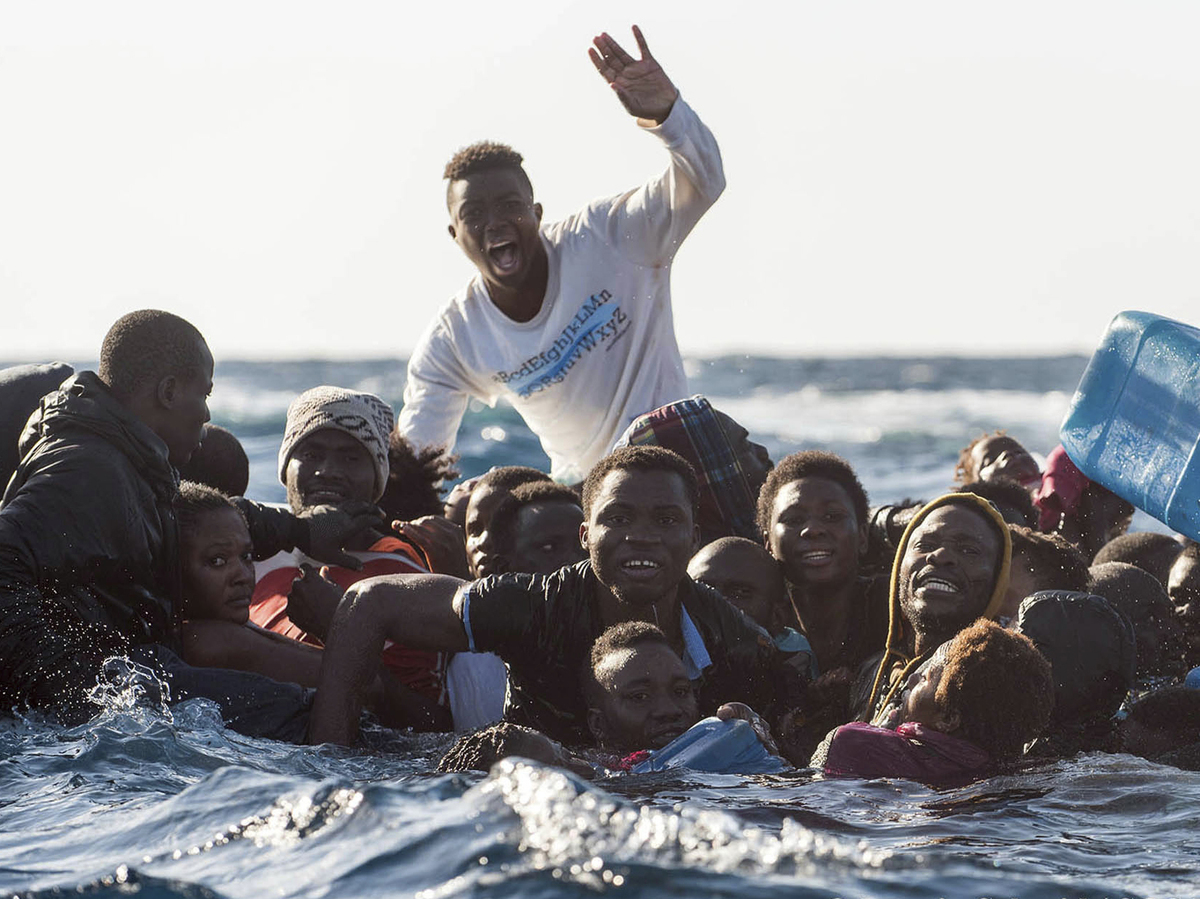 At least 90 migrants are feared dead after a boat capsized off the coast of Libya on Friday morning, according to the UN's migration agency.

The bodies of two Libyans and eight Pakistanis have reportedly washed up on the Libyan coast, according to the International Organization for Migration. Three people are said to have survived: two who swam to shore, and one who was rescued by a fishing boat.

But one month into 2018, 240 Pakistanis are estimated to have reached Italy in January. Just nine came in the same period last year.

In a separate incident off Sicily last weekend, more than 32 people are thought to have died as their dinghy began taking on water as it crossed the Mediterranean from Libya.

The rescue vessel Aquarius from the humanitarian organization SOS Mediterranee arrived at the sinking boat and was able to pull 96 people to safety. Three migrants are confirmed dead while others remain missing.

"When our speed boats approached the rubber dinghy, it was already deflating on one side and people were in the water without lifejackets," recounted Klaus Merkle, SOS Mediterranee's search and rescue coordinator. "All floating devices were deployed immediately, but many people had already lost consciousness when they were pulled out of the water and had to be resuscitated."

Two of those who died were women whose children survived and are now orphaned. Other survivors were disoriented from gasoline inhalation, burned by the mixture of gasoline and salt water, or suffered hypothermia, the organization said.

The migration corridor remains highly precarious. An estimated 246 migrants died in the month of January in Mediterranean crossings, while 23 deaths were recorded in December.

"Of course, there is no way to predict the number of deaths we record – almost all migrants who die in the Mediterranean are victims of chance," Julia Black, coordinator of IOM's Missing Migrants Project, said in a statement, "but it is heart-breaking that so often dozens, sometimes hundreds of deaths occur in a single day. While the deaths of these migrants are unpredictable, there is an undeniable trend of tragedy in the Mediterranean."