Accessibility links
'Game Changer': Maya Cities Unearthed In Guatemala Forest Using Lasers : The Two-Way The technology provides them with an unprecedented view into how the ancient civilization worked and lived, revealing almost industrial agricultural infrastructure and new insights into warfare. 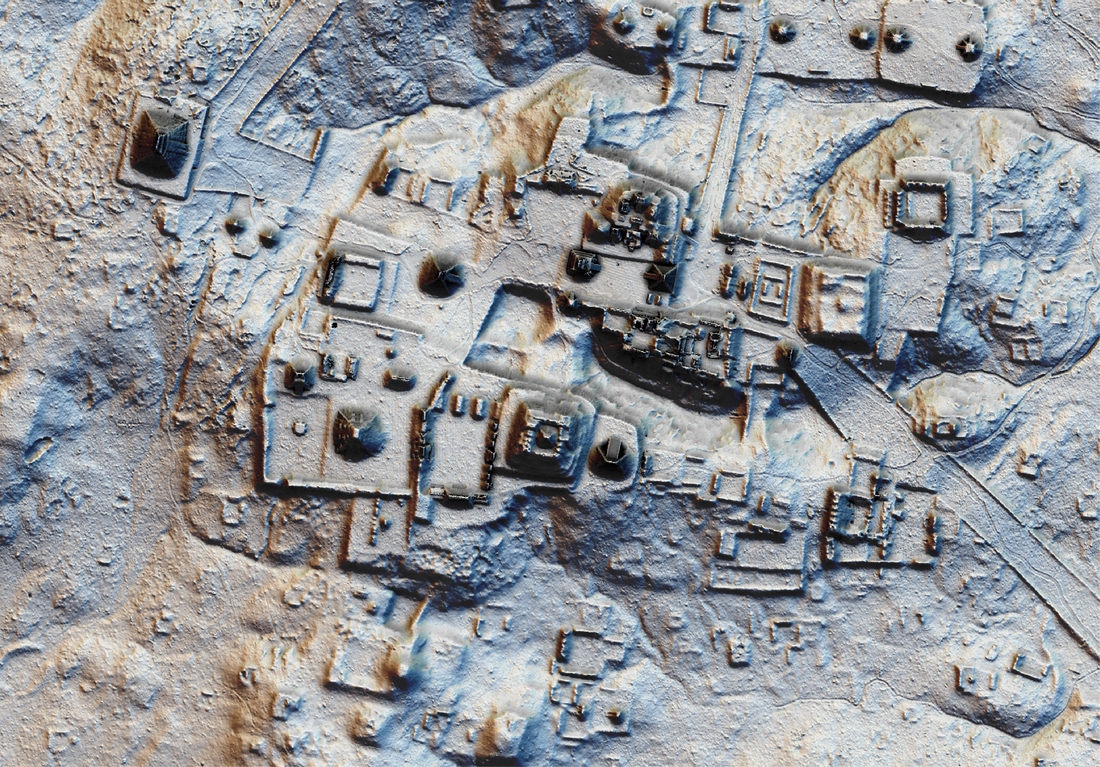 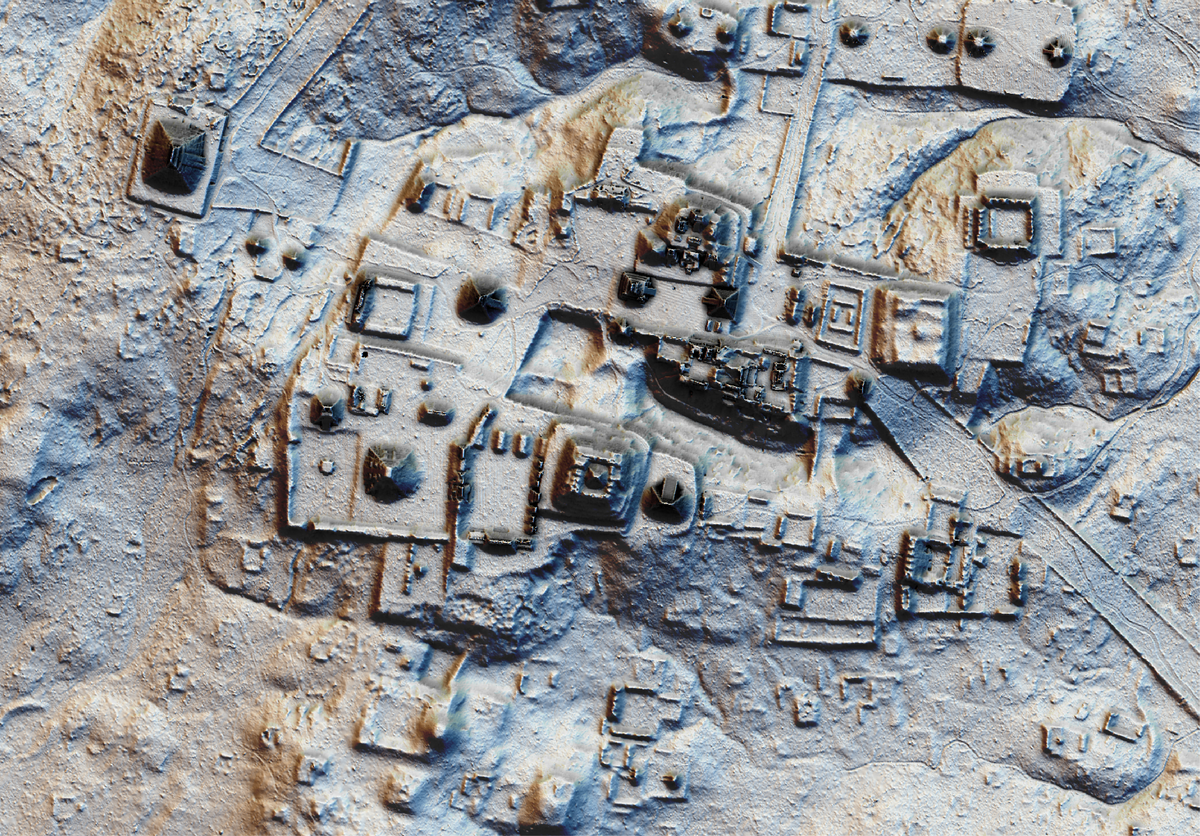 A LiDAR image from Tikal, the most important Maya city.

By raining down laser pulses on some 770 square miles of dense forest in northern Guatemala, archaeologists have discovered 60,000 Maya structures that make up full sprawling cities.

And the new technology provides them with an unprecedented view into how the ancient civilization worked, revealing almost industrial agricultural infrastructure and new insights into Maya warfare.

"This is a game changer," says Thomas Garrison, an archaeologist at Ithaca College who is one of the leaders of the project. It changes "the base level at which we do Maya archaeology."

The data reveals that the area was three or four times more densely populated than originally thought. "I mean, we're talking about millions of people, conservatively," says Garrison. "Probably more than 10 million people."

The researchers fired LiDAR technology, short for "Light Detection and Ranging," down at the dense forest from an airplane. This research was organized by the PACUNAM LiDAR Initiative, and Garrison says the area's size is "more than double any other survey that's been done with this technology."

"As it flies the laser pulses hundreds of thousands of times per second," Garrison adds. "And every time one of those lasers hits a point of resistance it stops and sends back a measurement to the plane."

Some of these pulses make it all the way down to the forest floor. The data is then used to visually strip away trees and plants, ultimately mapping only the structures that have been hidden by jungle. You can think of it as digital deforestation.

Visualization of separate LiDAR layers of the forest cover and of vegetation-free ground surface of the site of El Zotz. PACUNAM/Thomas Garrison hide caption

LiDAR allows scientists to accomplish years or even decades worth of mapping in a single afternoon. For example, Garrison says he was part of a team that worked for some eight years to map less than a square mile at a site called El Zotz. The plane using LiDAR took data for 67 square miles in a matter of hours.

"It's very humbling," says Garrison. "For those of us that spent our lives mapping and slogging around this area ... you just sort of have to bow before the LiDAR and accept the fact that it's better than you are."

The team surveyed 10 separate areas. It took months to process the data. As the picture became clearer, Garrison said he would sent emails to his colleagues expressing surprise at the magnitude.

He recalls seeing an initial image of one area in northern Guatemala. "I saw this image and I said, the whole area is covered in Maya settlement. You won't believe it," he adds. "And then once we got the actual data and saw the whole scope of it. We said, 'Wow, we're going to be able to really do something with this.'"

Together, they are able to weave together a picture of individual city-states and their vast support network.

"Everything is amplified and made much clearer for us and we see how it all fits together in a way that we have not seen before," he says. "We're seeing it all laid bare, and saying, 'OK, this is how all of this was connected and came together.'"

Archeologists, for example, knew that the Maya had agricultural fields. But he says this data show "huge, huge expanses of these irrigated field systems in these low lying swamps."

And they knew that the Maya fought, often with each other, because defensive walls had been previously spotted. But this new information reveals "Maya fortresses and systems of interconnected watchtowers," raising the possibility of more sophisticated and large-scale warfare.

The civilization had a network of raised causeways stretching "many, many kilometers." They also were "channeling water for hundreds of meters or modifying hilltops so they become these impregnable areas."

The picture this paints, he says, is one that is to some extent more advanced than previously thought: "This is like landscape engineering. They have molded the world around them to serve their purposes and survive."

The most important Maya city, Tikal, was found to be three or four times larger than the scientists had thought, with a previously undiscovered pyramid in its center. And Garrison adds that they're not totally sure they've surveyed the entire extent of that city.

Suddenly having a broad view allows archaeologists to ask many new questions, he says. And there's plenty of forest to still explore — the study area is a fraction of the total area where the Maya lived.