Accessibility links
Victims' Father Lunges At Larry Nassar In Michigan Courtroom : The Two-Way A dramatic video of the incident shows the man suddenly rushing at the former USA Gymnastics doctor during Nassar's third sentencing hearing. The man's three daughters say they were abused by Nassar. 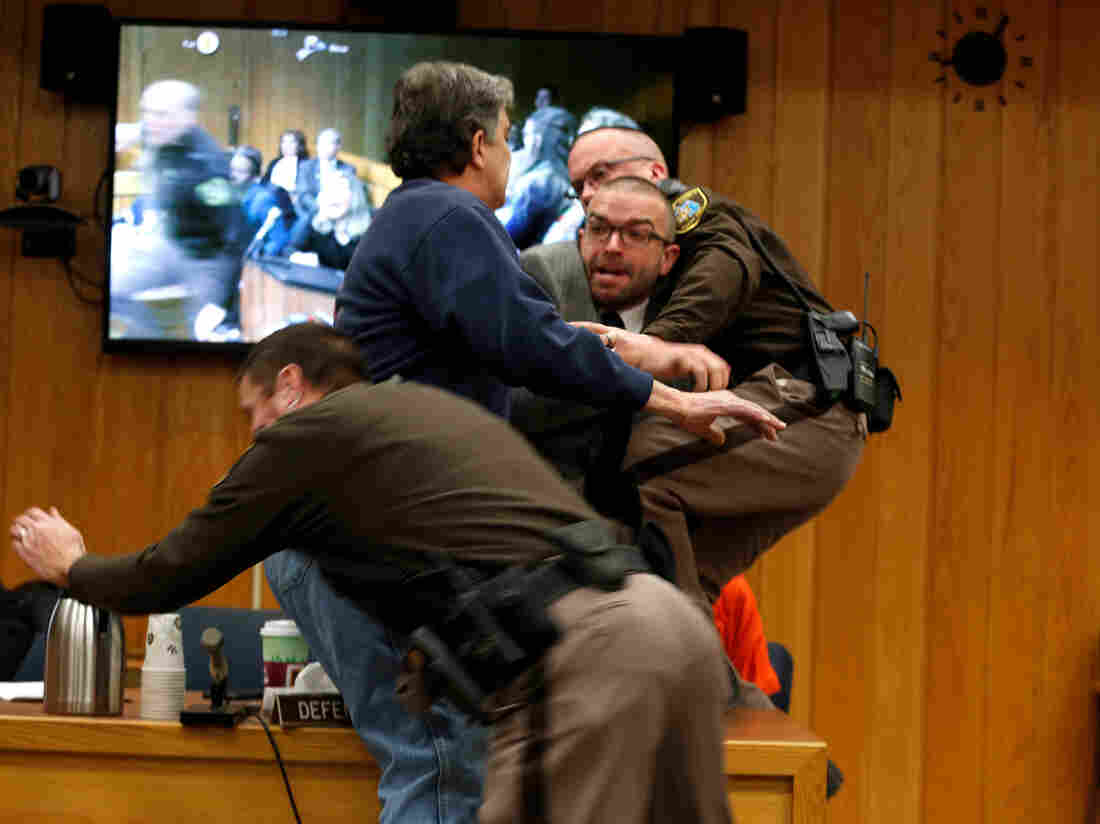 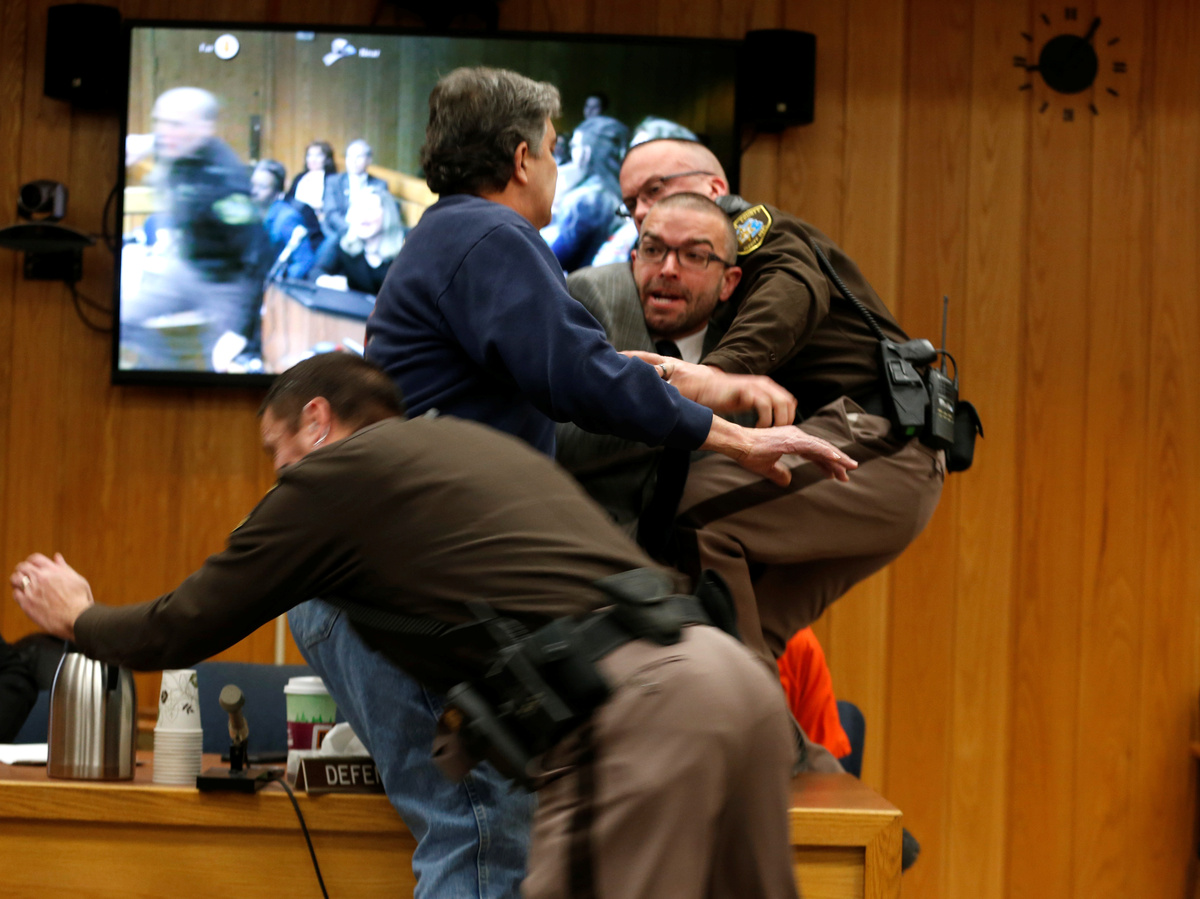 The father of three daughters who say they were sexually abused by disgraced doctor Larry Nassar lunged at him in a Michigan courtroom Friday, before being tackled to the ground by sheriff's deputies.

A dramatic video of the incident shows Randall Margraves at first standing calmly and calling Nassar a "son of a bitch." The judge says she understands his anger but asks him not to use profanity.

Two of the man's daughters, Lauren and Madison Margraves, had just delivered victim impact statements. Their sister, Morgan Margraves, wrote a statement that had been read aloud during Nassar's previous sentencing hearing in Ingham County, Mich., where he was sentenced to up to 175 years in prison.

"I would ask you to, as part of the sentencing, to grant me five minutes in a locked room with this demon," Margraves says. The judge says she can't do that.

"Would you give me one minute?" Margraves asks.

"You know that I can't do that," Judge Janet Cunningham says.

Margraves then rushes across the courtroom toward Nassar.

He is pushed back by Nassar's attorney. Deputies tackle Margraves to the floor, his head striking a table. The officers tell him to put his hands behind his back, as Margraves continues protesting, "I want that son of a bitch!" and "Give me one minute with that bastard."

The deputies pull him off the floor and begin to lead him out of the room.

"What if this had happened to you guys' daughters?" Margraves asks them.

"No one can behave like this," Assistant Attorney General Angela Povilaitis says to the gallery. "I want to make sure it's crystal clear."

Margraves turns back and says, "You haven't lived through it, lady!"

"This is letting him [Nassar] have this power over us," Povilaitis says, sounding shaken. "I don't want to see another parent get arrested or put handcuffs on."

The bailiffs, deputies and Nassar's attorney quietly put the courtroom back into order.

As NPR's Camila Domonoske and Vanessa Romo reported Wednesday, this hearing, in Eaton County Circuit Court, "centers on assault charges related to abuses Nassar committed at Twistars, a gymnastics club run by former Olympic coach John Geddert. Nassar has admitted to penetrating three girls with his hands while pretending it was medical treatment for their injuries."

In her statement, Lauren Margraves said that is what happened to her when she saw Nassar for an injury to her hamstring and pelvis when she was 13.

"Unfortunately, you were my doctor. The whole time since then, I had thought, I guess it's just an accident, since that's where my injury was," she said. "I know now that it was no accident."

"I can't believe a grown man would do these horrible things to so many little girls and young women," she continued. "And when I saw the names of the people on the list that was released, I wanted to cry. Those girls are my friends, and they are literally my sisters."