Accessibility links
CEO Of The Humane Society Resigns Amid Allegations Of Sexual Harassment : The Two-Way The resignation of Wayne Pacelle comes just hours after the nonprofit had issued a statement endorsing his leadership and dismissing allegations made by three women.

CEO Of The Humane Society Resigns Amid Allegations Of Sexual Harassment

CEO Of The Humane Society Resigns Amid Allegations Of Sexual Harassment 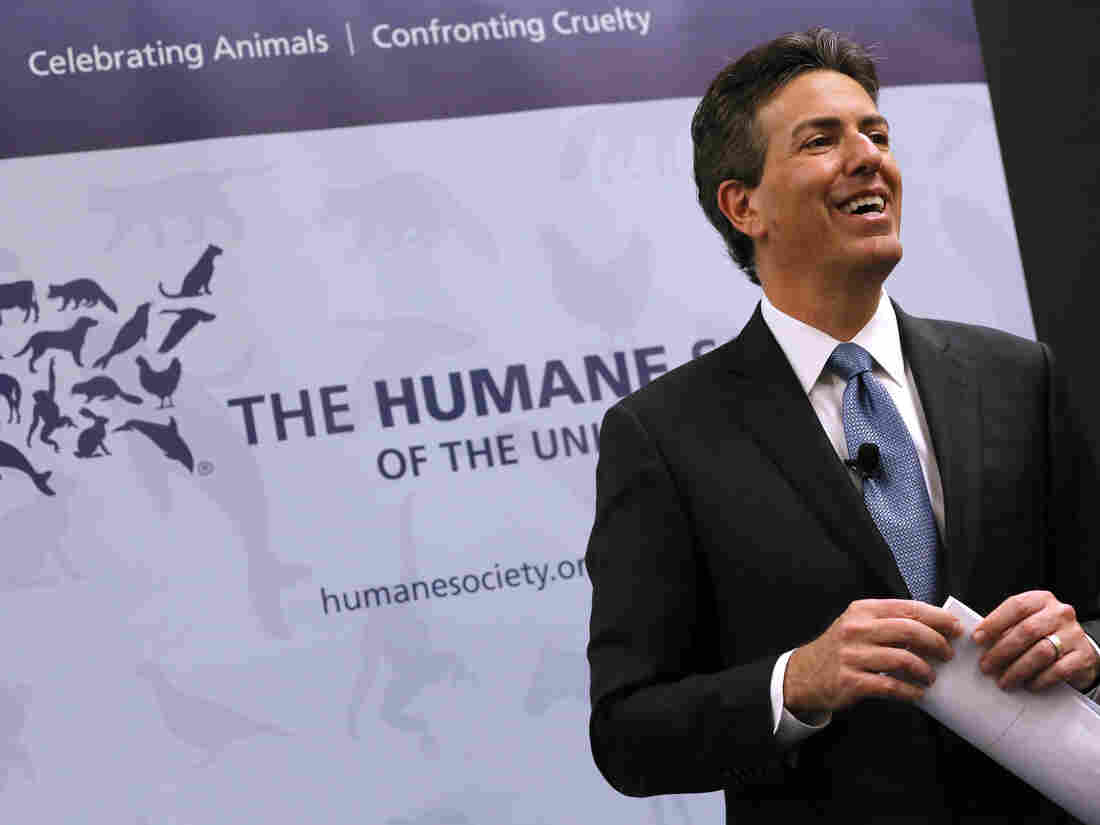 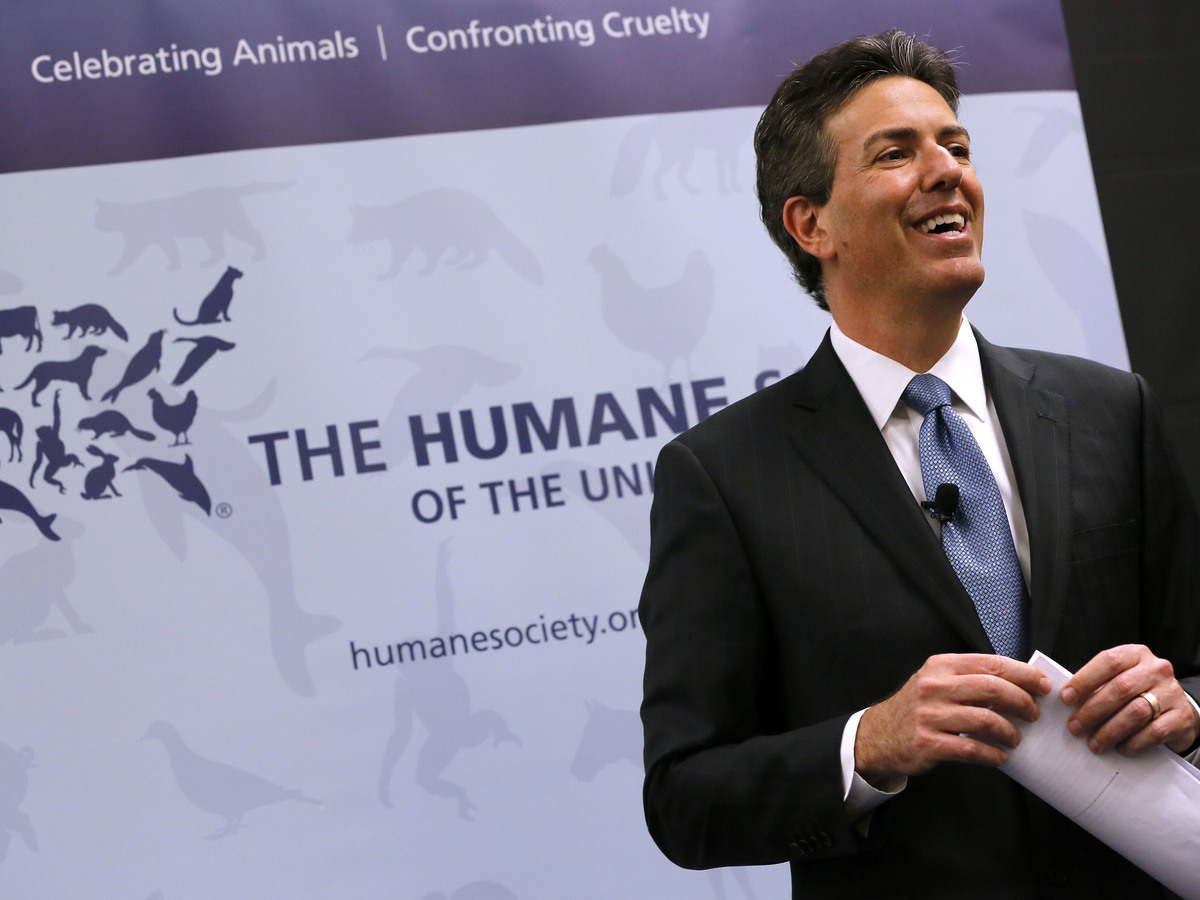 Wayne Pacelle, former CEO of the Humane Society of the United States, at a 2015 news conference. Pacelle resigned Friday.

The president and CEO of the Humane Society of the United States, Wayne Pacelle, has resigned effective immediately, the nonprofit group announced Friday.

Pacelle had been at the center of a controversy over allegations that he had sexually harassed three female subordinates at the Humane Society, one of the country's largest animal charities.

The move came a day after the group's board of directors had voted to keep Pacelle despite the allegations dating to 2005.

In a statement, Humane Society Board Chair Rick Bernthal said:

"The last few days have been very hard for our entire family of staff and supporters. We are profoundly grateful for Wayne's unparalleled level of accomplishments and service to the cause of animal protection and welfare."

Bernthal said that the president of the Humane Society's international affiliate, Kitty Block, has been named as acting chief executive.

The development came just hours after Bernthal had defended the group's decision yesterday to allow Pacelle to remain as CEO. In a statement, Bernthal said that after an investigation:

"The board reviewed the information assembled and determined that there was not sufficient evidence to remove Wayne Pacelle from his position as CEO.

"Many of the allegations were explosive in nature, and reading or hearing about them is a shock to anyone. It was to us, too. But when we sifted through the evidence presented, we did not find that many of these allegations were supported by credible evidence."

Bernthal also denied that his group had offered settlements to three other workers who said they were dismissed or demoted after raising concerns about Pacelle's alleged sexual misconduct. "The Board concluded that there was no motivation behind severance agreements to silence women who had spoken up or raised concerns," he said.

After the board voted to retain Pacelle, the CEO acknowledged that the controversy was taking a toll.

Pacelle had told the New York Times earlier on Friday that he was assessing his future professional life:

"'I'm going to take stock of everyone's opinion and assess where I go and where the organization goes from here,' he said. 'I think leadership changes at organizations are often very healthy and renewing, and I'm going to talk with staff and board members and find the best course that [contributes] to our mission of fighting for all animals.' "

Yet pressure was building for Pacelle's dismissal from both inside and out the organization, with major donors announcing that they were withdrawing their support from the group.

In a statement earlier Friday, the president of the National Organization for Women, Toni Van Pelt, had called for Pacelle's firing:

"The Humane Society needs to know this. Women are watching. We know when a charity deserves our support, and when it fails the most basic obligations of trust.

"The Humane Society has no humanity. Fire Wayne Pacelle. Do it now."

The initial decision to retain Pacelle also had led to the resignation of seven protesting board members.