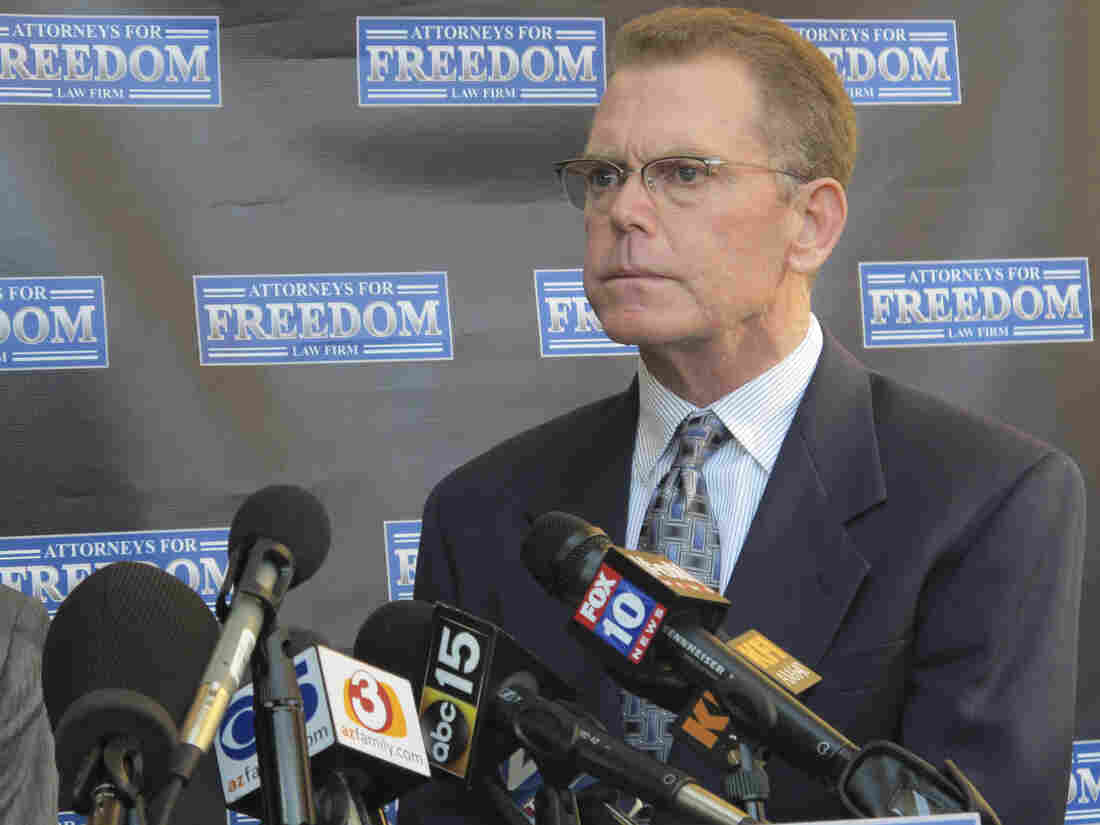 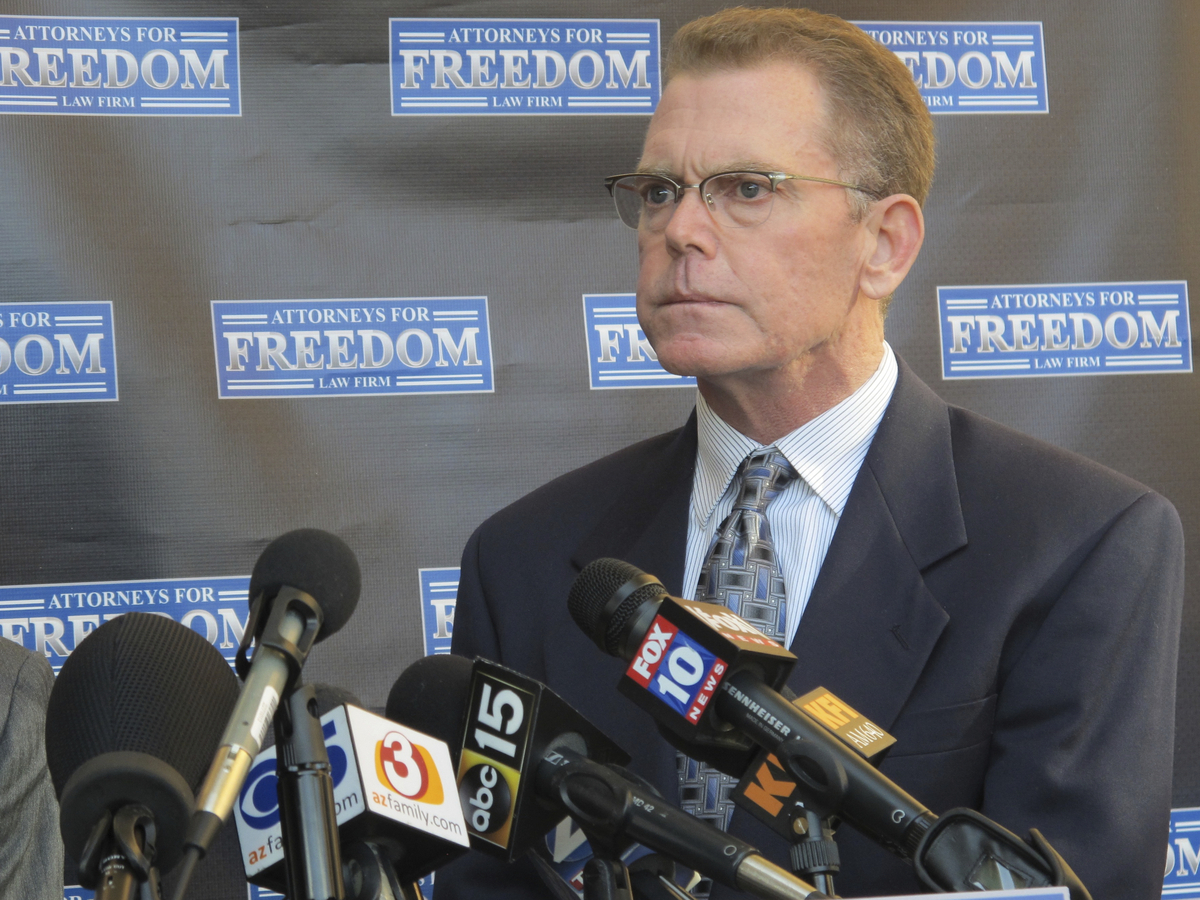 Douglas Haig held a news conference after being charged with selling unlicensed bullets to Stephen Paddock, the gunman behind the Las Vegas massacre.

Federal prosecutors have charged Douglas Haig, a man identified earlier this week as "a person of interest" in the Las Vegas mass shooting, with selling bullets he had modified to make them more potent — referred to as armor-piercing.

The 55-year-old aerospace engineer did not have a license to manufacture and sell the armor-piercing bullets he sold to Stephen Paddock in the weeks before the massacre that left 58 people dead. Paddock died at the scene from an apparently self-inflicted gunshot wound.

Haig came to investigators' attention early on, when they found a shipping box with his name on it among Paddock's possessions, reports NPR's Martin Kaste.

Authorities also found Haig's fingerprints on armor-piercing bullets recovered from Paddock's Mandalay Bay hotel room. The ammunition found at the scene was unfired, and it's unclear if any of it was used in the attack.

Haig held a press conference with his attorney by his side on the same day federal authorities filed the charge. In it he explained how he first met Paddock at a Phoenix gun show and calmly recounted having three separate phone conversations with Paddock whom he described as "very well dressed, very well groomed, very polite, very respectful."

That's when Paddock told Haig he wanted the tracer bullets.

Tracer ammunition is built with a small pyrotechnic charge that produces a bright trail of light to allow a shooter to see the bullet's trajectory during nighttime firing or other low visibility scenarios.

"At no time did I see anything suspicious or odd or any kind of a tell," Haig told reporters.

The complaint says Haig told investigators that when Paddock bought the ammunition, he put on gloves before taking the box from Haig.

Haig defended himself as merely a vendor, saying, "I had no contribution to what Paddock did. I had no way to see into his mind. The product that I sold him had absolutely nothing to do with what he did."

The Mesa, Ariz., resident also recounted receiving several death threats over the phone and in person at his home in recent days. Haig's name was released to the press after authorities released documents containing his full name.

If convicted, Haig faces up to five years in prison, a fine of $250,000 or both, according to the U.S. attorney's office in Las Vegas.