Accessibility links
Costa Rica Votes For A New President, With Same-Sex Marriage Rights At The Forefront : The Two-Way Thirteen candidates are up for election. If no candidate tops 40 percent in the vote, the first two finishers advance to a runoff scheduled for April.

Costa Rica Votes For A New President, With Same-Sex Marriage Rights At The Forefront

Costa Rica Votes For A New President, With Same-Sex Marriage Rights At The Forefront 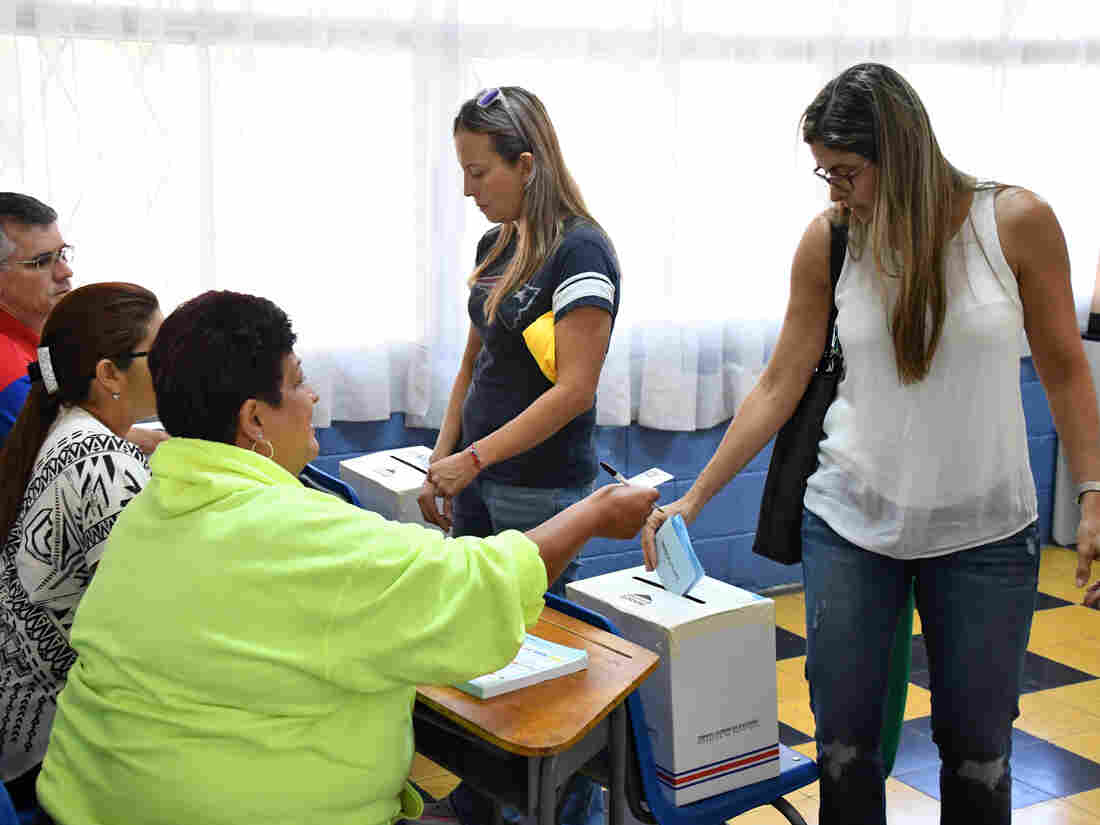 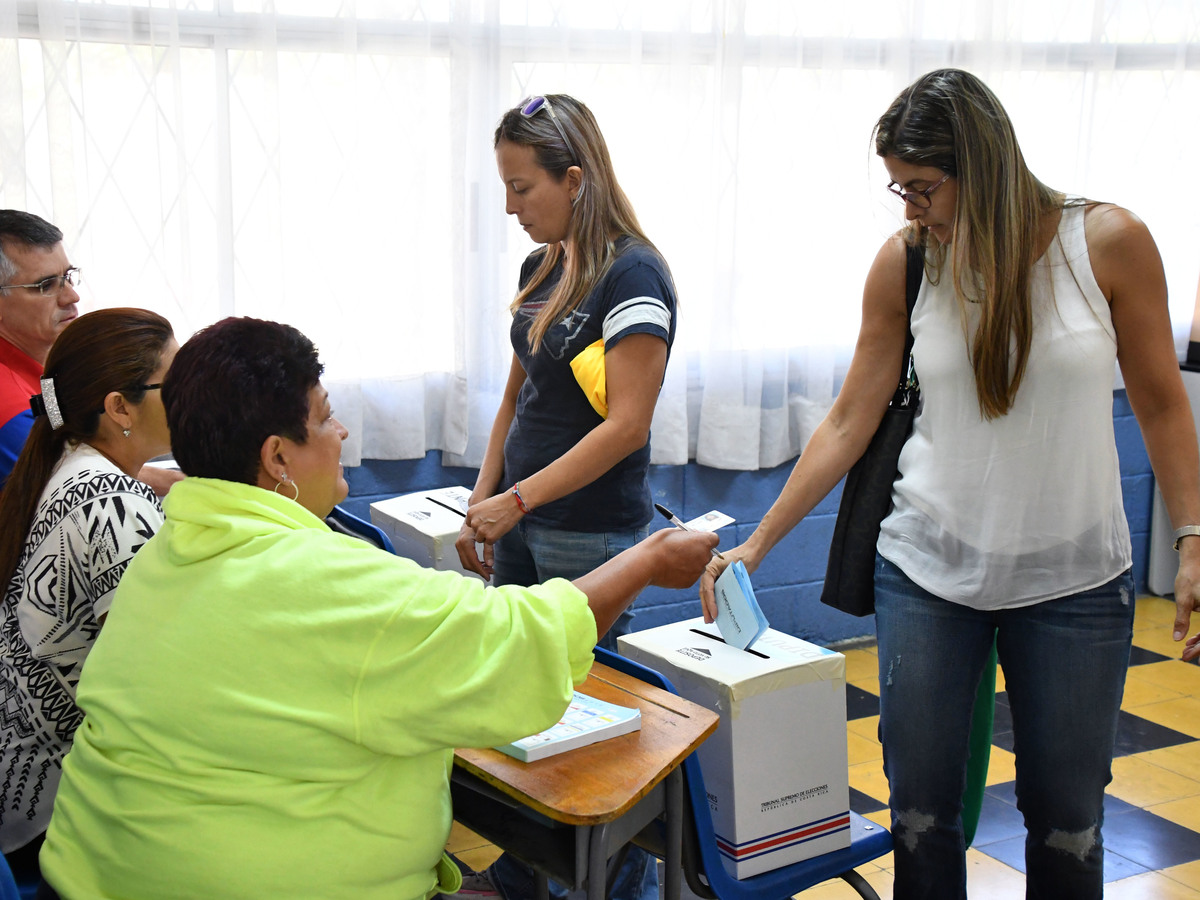 A voter casts her ballot at a polling station during Costa Rica's presidential election, on Sunday.

Costa Ricans are heading to the polls on Sunday to choose a new president. The race is largely upended by a debate over gay rights as many candidates in the crowded field strongly oppose same-sex marriage, which many Latin American countries have recently instated.

The Inter-American Court of Human Rights called for equal sex civil marriage rights, early in 2018. IACHR decisions are binding for Costa Rica, as signatory countries are required to allow it.

All of the race's candidates announced their support or willingness to respect the IACHR ruling, with the exception of evangelist and contemporary Christian singer Fabricio Alvarado of the National Restoration Party.

He jumped to first place in the polls at around 17 percent, up from 3 to 5 percent before his expressing his stance, according to a poll published Jan. 31 by the University of Costa Rica's Center for Research and Political Studies. No other candidates have condemned the ruling.

Following Alvarado are three candidates who were top in the polls until the ruling. Trailing behind Alvarado is Antonio Álvarez Desanti, a banana businessman and candidate of the National Liberation Party, which has won the presidency in nine out of the 16 elections. Juan Diego Castro of the National Integration Party and Rodolfo Piza Rocafort of the Social Christian Unity Party are also contenders. There are 13 candidates altogether.

If no candidate tops 40 percent in the vote, the first two finishers advance to a runoff scheduled for April 1 — which happens to be Easter Sunday.

"Poll respondents are more fickle than ever, going from undecided to decided and back," said Felipe Alpízar, director of the University of Costa Rica's Center for Research and Political Studies.

Costa Rica's current president, Luis Guillermo Solís, won the presidency in a landslide four years ago. His term has been rocked by an influence peddling scandal. Costa Rican presidents cannot seek reelection to the office until at least eight years after their term ends.