Accessibility links
Top North Korean Official To Lead Delegation To Olympics : The Two-Way Kim Yong Nam, the president of the Supreme People's Assembly, could meet one-on-one with South Korean President Moon Jae-in amid a hiatus in hostilities between the bitter rivals. 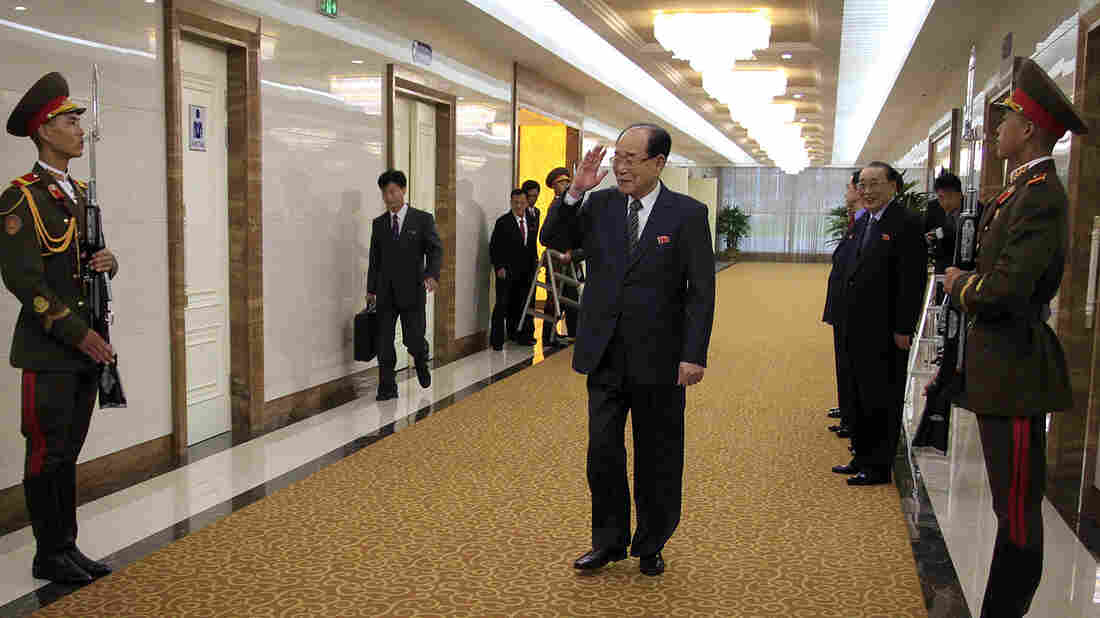 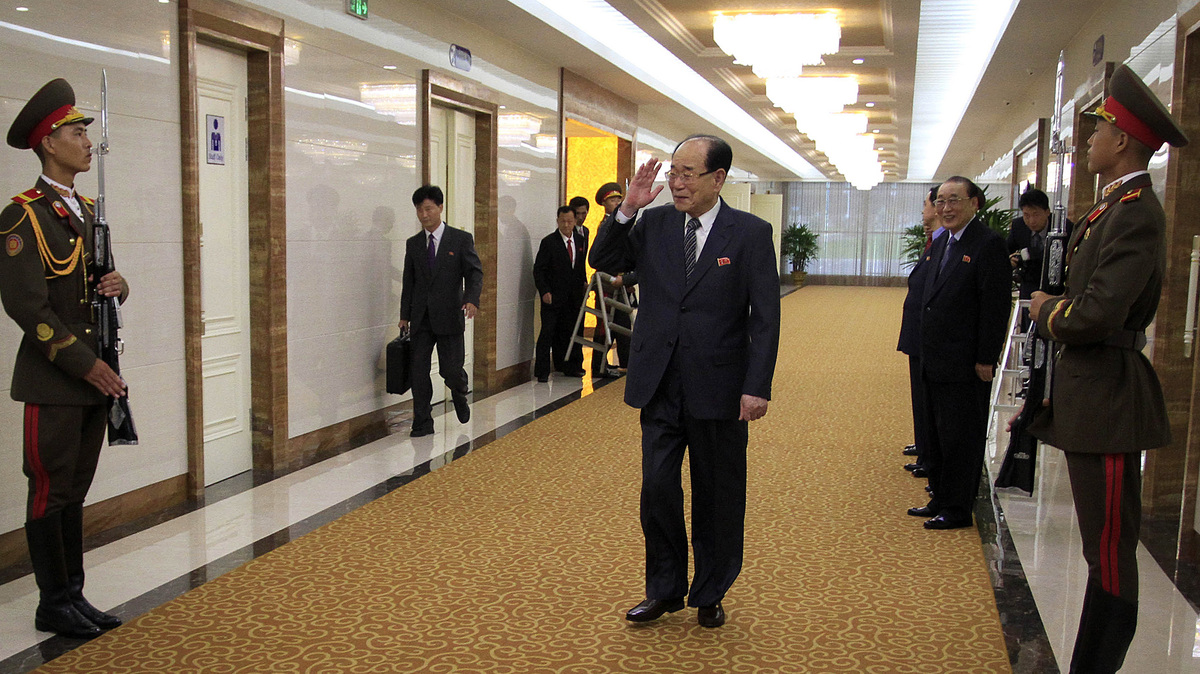 North Korean Chairman of the Presidium of the Supreme People's Assembly Kim Yong Nam, center, walks through the Pyongyang International Airport, in 2015, in Pyongyang, North Korea.

Kim is the president of the Presidium of the Supreme People's Assembly and is the nominal head of North Korea, although nearly all real power is concentrated in the hands of third-generation hereditary ruler, Kim Jong Un.

"President Moon will be meeting with Kim, beginning with the Olympic opening ceremony," Yonhap says, quoting an official from Moon's office. "But it is something that should be discussed with the North's advance delegation whether Kim will separately pay a visit to President Moon," the official said.

"[Kim's visit] shows North Korea's resolve for improved inter-Korean relations and the success of the Olympics, as well as its sincere, earnest attitude," a spokesman for Moon during a news conference on Monday.

Kim Yong Nam will be at the head of a 22-member delegation to the South, beginning Friday and staying through the end of the Games on Feb. 25.

Pence To Travel To South Korea

Vice President Pence is expected to attend the Winter Games. President Trump on Friday said during a meeting with North Korean defectors that Pyongyang's participation in the Olympics could result in "something good."

Last month, the two sides agreed to field a joint team at the Olympics, which would march under a flag of inter-Korea unification. The two teams have done so similarly at several previous Olympic Games.

But the latest move at sports détente has not gone over well, with many in South Korea – including some of its Olympic athletes — opposed to the move.