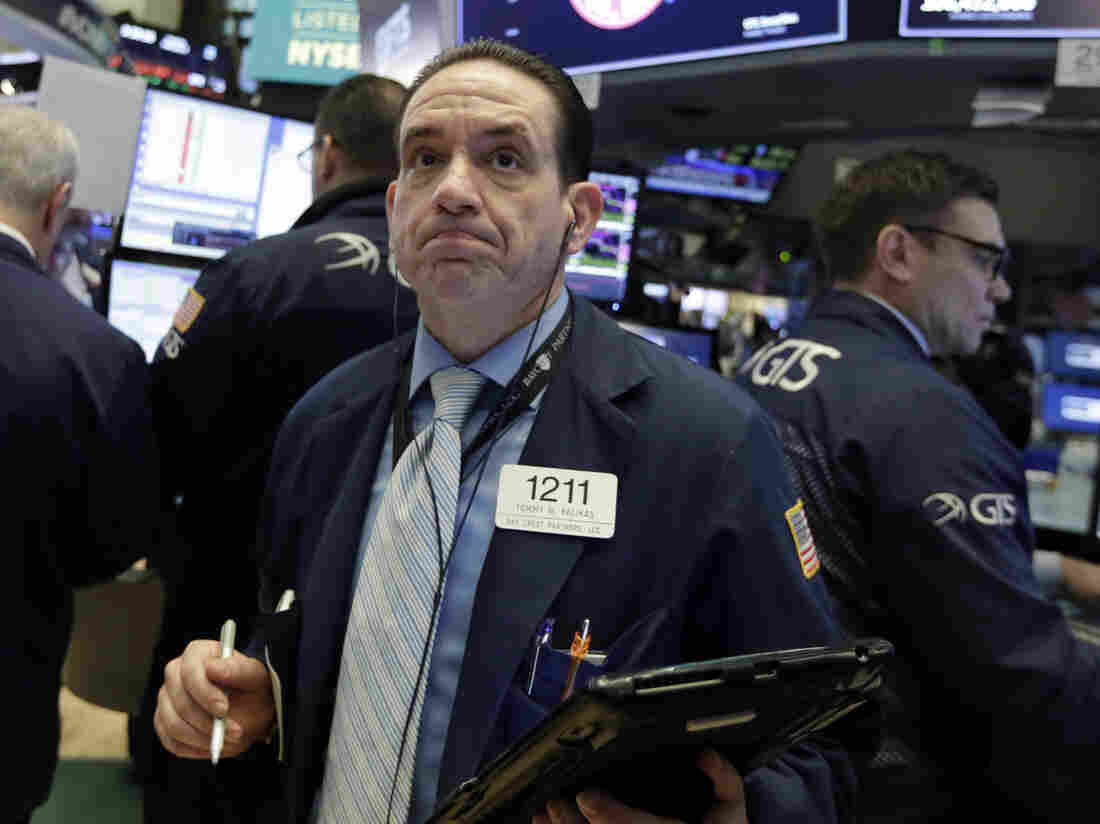 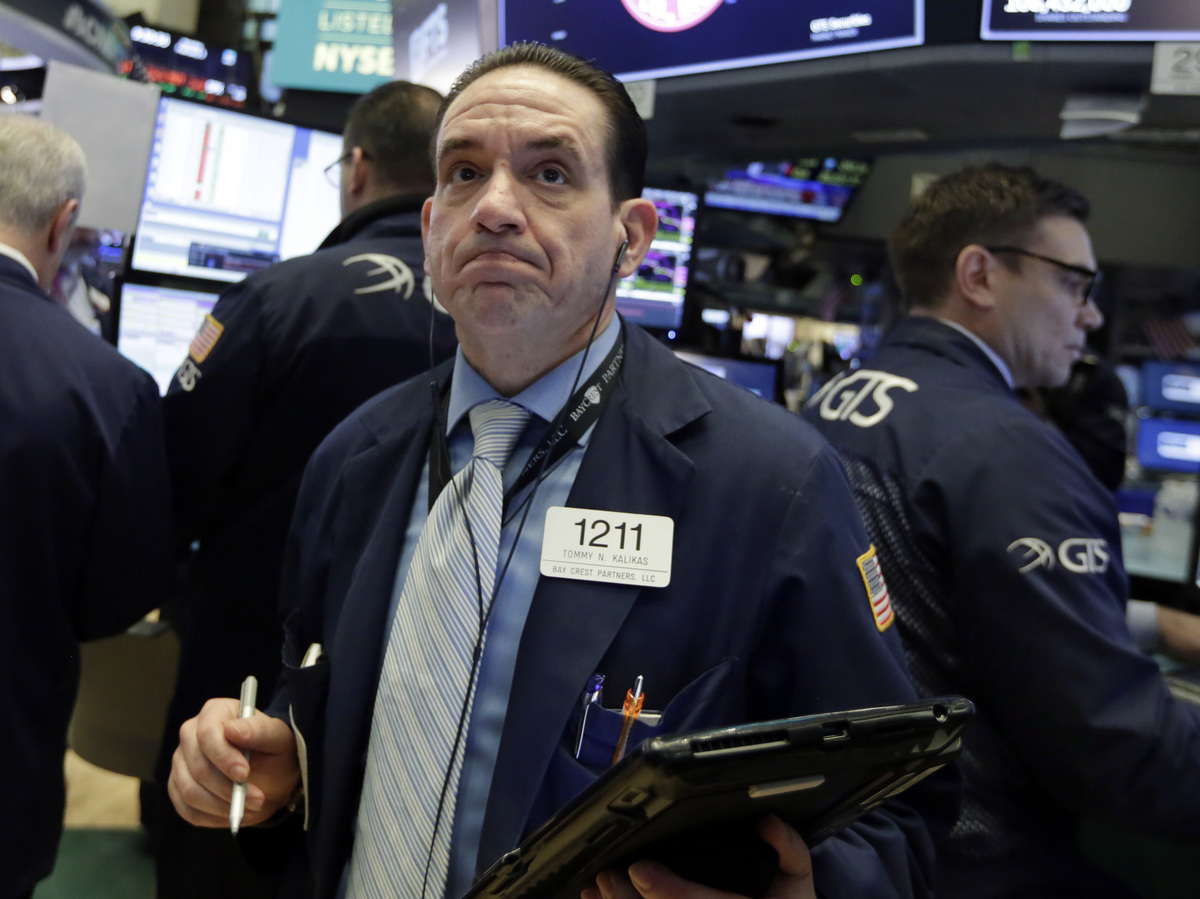 On the floor of the New York Stock Exchange, trader Tommy Kalikas looks on as stock indexes continued to fall Monday.

The stock market went on a wild ride again on Monday, with the Dow Jones industrial average closing down 1,175 points, its worst point drop in history. The Dow closed down 4.6 percent and turned negative for the year.

At one point Monday afternoon, the Dow was down 1,579 points — the largest intraday point drop in the history of the index.

"Investors were dumping out of stocks," NPR's Uri Berliner reports. "They were in free fall, something we've seen very little of during the steady bull market since basically 2009. And now we're seeing nerves in the market — some fear."

The previous largest point drop for the Dow was 778 points in September 2008, in the midst of the financial crisis.

Market participants were focused on the threat of higher inflation after Friday's jobs report showed a pickup in wages, which portends more interest rate increases from the Federal Reserve.

"I think we are in a changing environment where it looks like we're going to have a bit higher inflation and so that has markets on edge," Gus Faucher, chief economist of the PNC Financial Services Group, told NPR's Windsor Johnston. "And I think volatility is likely to be higher in 2018 than it was in 2017."

Analysts suggest that program trading caused the wild sell-off, NPR's John Ydstie reported. "As quickly as the market fell, it recovered much of the ground it had lost as investors remembered the economy and corporate earnings remain strong," he added.

The Dow closed at 24,345.75. Monday's losses came on top of Friday's 666-point drop in the blue-chip index, which resulted in the worst week for the index in two years.

Many financial professionals say this sell-off is healthy for the market. Stock prices letting off steam is "better than if they continue to rise and then pop like a balloon that's overinflated," Berliner says. "But if fear takes over the market then it could get quite ugly."

In the past week, both the Dow and the S&P 500 have now lost over 5 percent from their recent all-time highs.

Stock indexes around the world also fell Monday, including London's FTSE 100, which closed down 1.5 percent, and Japan's Nikkei, which fell 2.5 percent.