Accessibility links
'Frasier' Star John Mahoney Dies At 77 : The Two-Way The actor was best-known for his 11-year stint on the NBC hit, but he was a veteran of the Chicago theater scene before making his way to the New York stage. 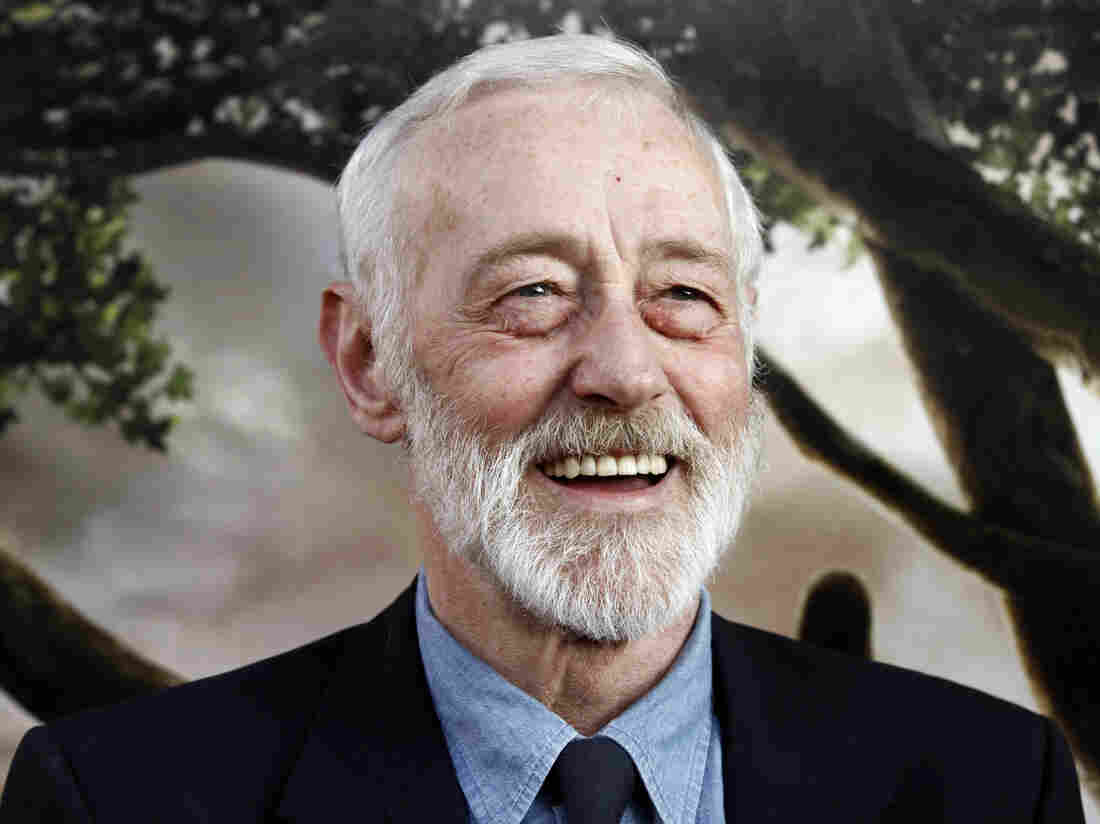 John Mahoney, best known as Kelsey Grammer and David Hyde Pierce's curmudgeonly father on Frasier, has died. He was 77.

Actor John Mahoney, best-known for his portrayal of the grouchy and sharp-witted father of the title character in the TV show Frasier, died Sunday. He was 77.

The Steppenwolf Theatre Company confirmed his death, saying in a statement, "John Mahoney passed away due to complications from cancer while in hospice care on Sunday."

For 11 years, from 1993 to 2004, Mahoney played the blue-collar, retired-cop foil to Kelsey Grammer and David Hyde Pierce, his dandy and effete sons on the NBC hit show.

Over his career he earned two supporting-actor Emmy nominations and two Golden Globe Award nominations for his role as Martin Crane. On the stage, he won a Tony for his performance in a revival of The House of Blue Leaves in 1986.

According to the Chicago Tribune, Mahoney, who was born in Manchester, England, and moved to the U.S. at 19, became a professional actor somewhat late in life.

It wasn't until he was in his late 30s that he quit his job editing a medical magazine to study acting in Chicago. Shortly after that, he was invited to join Steppenwolf Theatre by founding members John Malkovich and Gary Sinise. At the time the young theater company was full of actors in their 20s and they needed somebody to play older roles.

"By the time I started my career, most people had given up and started selling insurance," Mahoney told the Tribune in 2004. "I didn't have so much competition."

"John Mahoney was a fixture on the Chicago stage for over 30 years through countless award-winning performances," Emanuel wrote. "Even as his fame grew through his fantastic work in movies and television, John stayed connected to his artistic home here in Chicago in theaters and as a member of the Steppenwolf Theatre Company. Though he will be missed, his work and impact will endure for generations to come."

Mahoney's film resume provides proof of the actor's broad range and includes turns as the manager of the White Sox in Eight Men Out, a lecherous professor in Moonstruck, a protective father in Say Anything and a dapper Southern author in Barton Fink.

Most recently he appeared as Betty White's love interest on Hot In Cleveland.

Mahoney moved back to Chicago in 2004.

"The city is almost like a person to me," Mahoney said in an interview with the Tribune at the time. "I can't tell you why my heart is so full of Chicago, but it's where I want to be. When I'm not here, I'm not as happy."