Accessibility links
Former Leader And Two Supreme Court Judges Arrested In Maldives State Of Emergency : The Two-Way The government cracks down on critics, including the island nation's Supreme Court which had ordered the release of imprisoned opposition leaders. 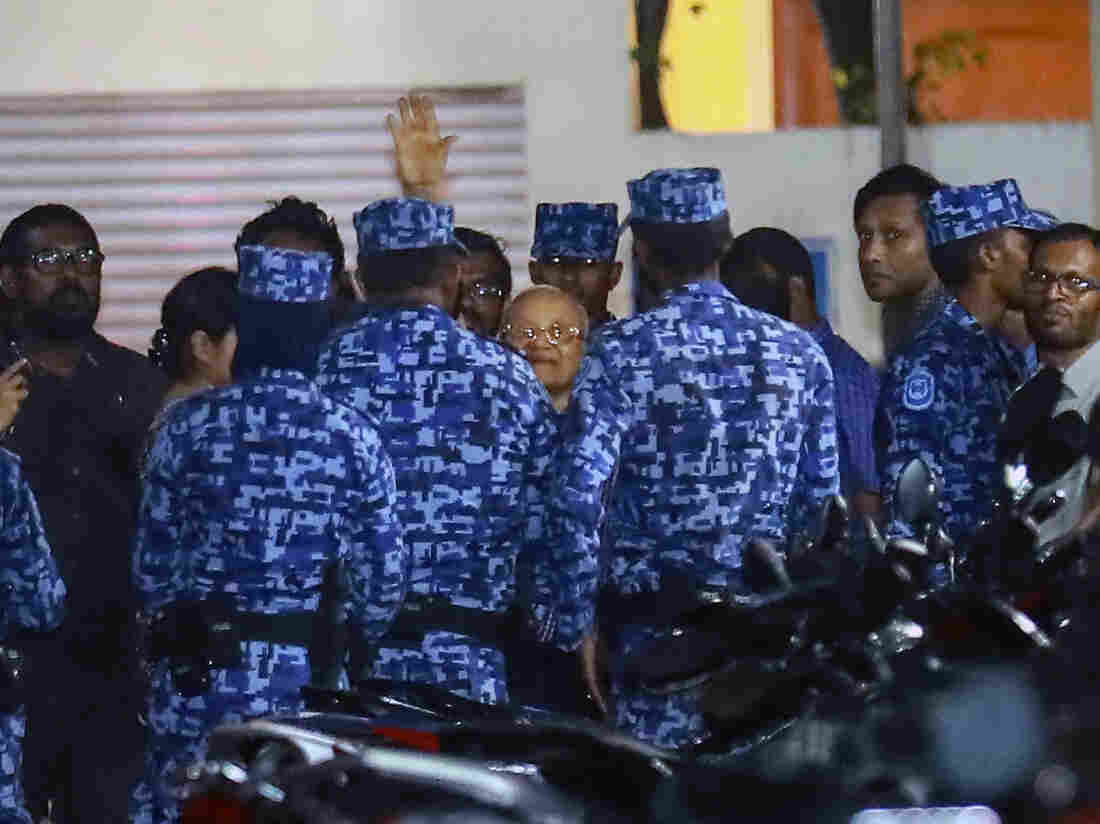 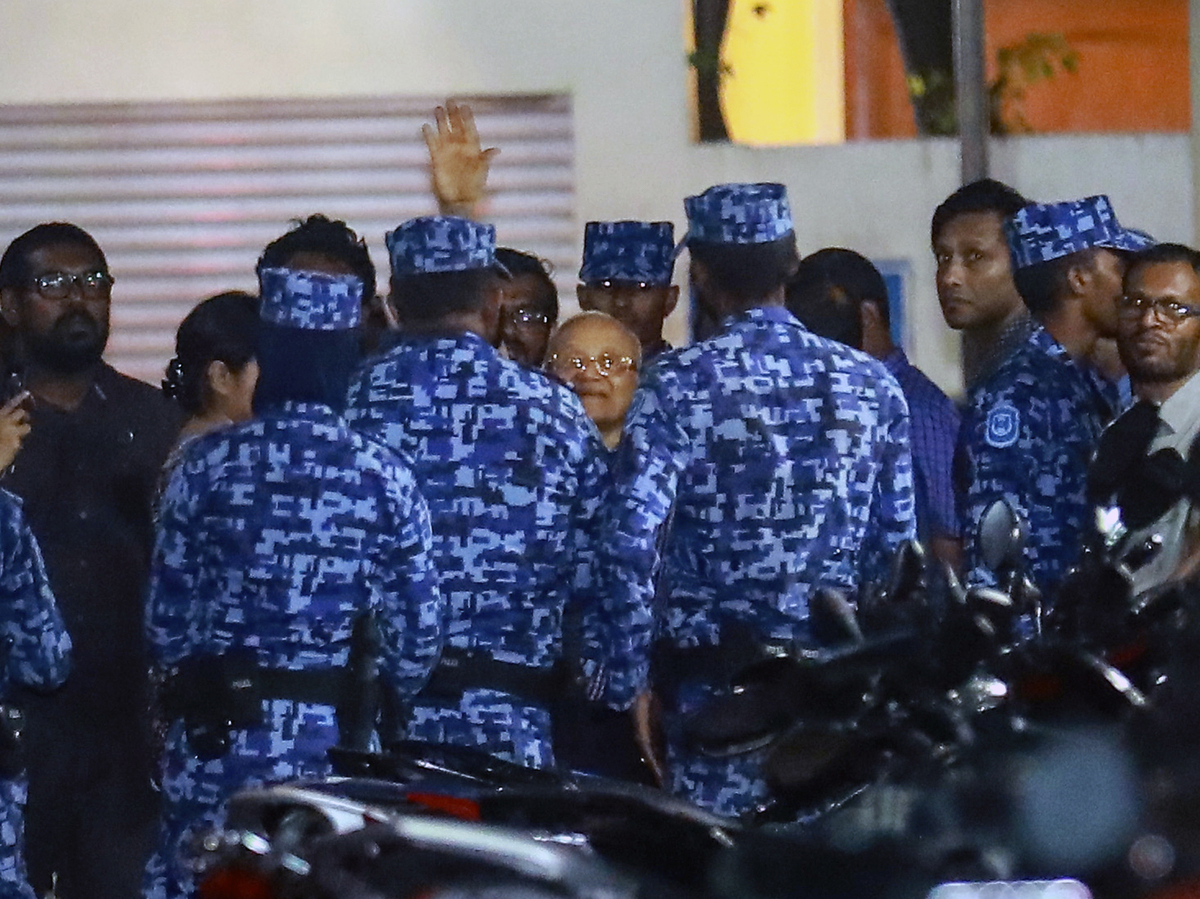 The government of President Yameen Abdul Gayoom has arrested an opposition leader and two Supreme Court judges hours after declaring a 15-day state of emergency in the Indian Ocean country best known for its luxury tourist resorts.

Opposition leader Maumoon Abdul Gayoom, who also served as president between 1978 to 2008, has been charged with bribery and attempting to overthrow the government.

"Soon after the declaration, security forces stormed into the Supreme Court building, where Chief Justice Abdulla Saeed and judge Ali Hamid were arrested. The charges against them have not been specified. The whereabouts of the court's other two judges were not known Tuesday morning.

"Since the surprise, unanimous ruling last week ordering the release of imprisoned opposition leaders, President Yameen Abdul Gayoom has lashed out at the court, opposition protests have spilled into the streets of the capital, Male, and soldiers in riot gear have stopped lawmakers from meeting in the parliament building."

NPR's Julie McCarthy reports that the president's crackdown has tarnished the image, and no doubt the revenues, of the Maldives as an upmarket holiday destination and many parties are looking to India to pressure the government to ensure the rule of law.

In a statement, Department of State spokeswoman Heather Nauert said the United States "is troubled and disappointed" by reports of the state of emergency.

"Despite being elected in 2013 with the support of a broad coalition, President Yameen has systematically alienated his coalition, jailed or exiled every major opposition political figure, deprived elected Members of Parliament of their right to represent their voters in the legislature, revised laws to erode human rights, especially freedom of expression, and weakened the institutions of government by firing any officials who refuse orders that run contrary to Maldivian law and its Constitution."

"President Yameen's announcement today — which declares a State of Emergency, the banning of fundamental freedoms, and the suspension of the Supreme Court — is tantamount to a declaration of martial law in the Maldives. This declaration is unconstitutional and illegal. Nobody in the Maldives is required to, nor should, follow this unlawful order."

Nasheed, the Maldives first democratically elected leader, recently told the BBC that he plans to return from exile to contest elections.