Accessibility links
Wall Street Roller Coaster: Dow Closes Up 567 Points After 2 Days Of Heavy Losses : The Two-Way In a volatile trading session, the Dow Jones industrial average rebounded a day after posting its largest point drop in history. Investors regained their focus on a strong economy and robust profits. 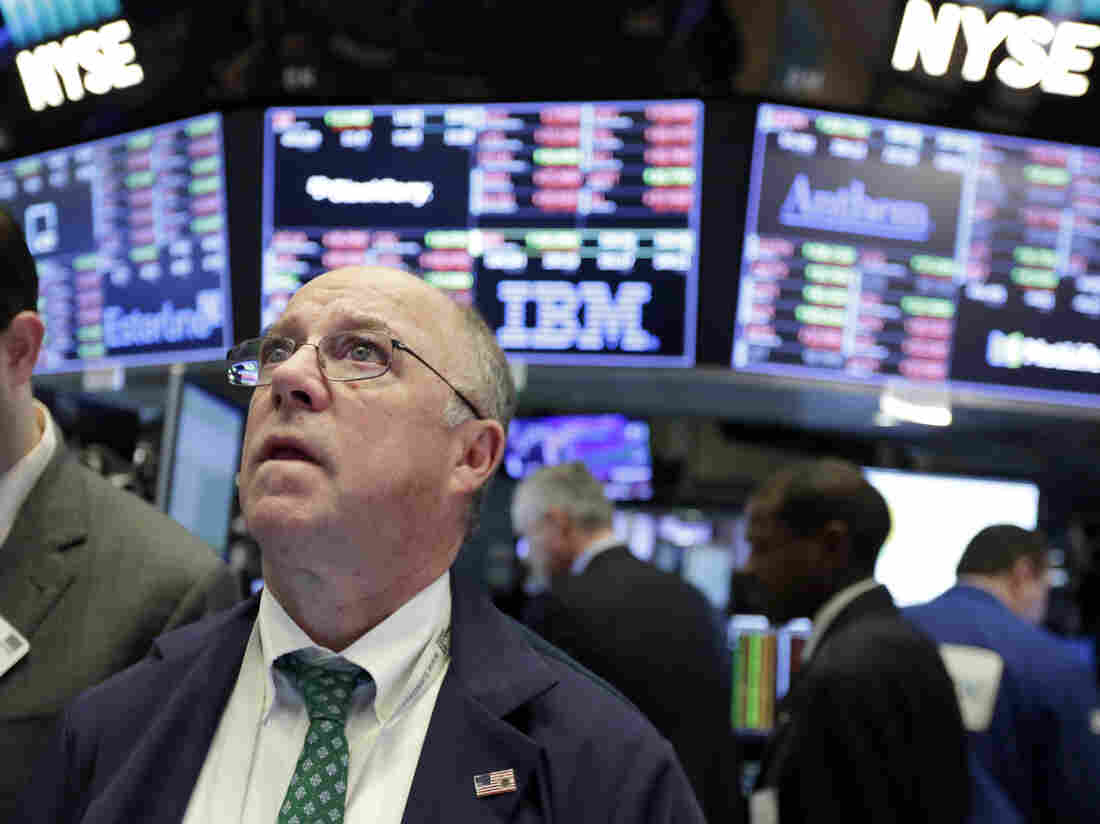 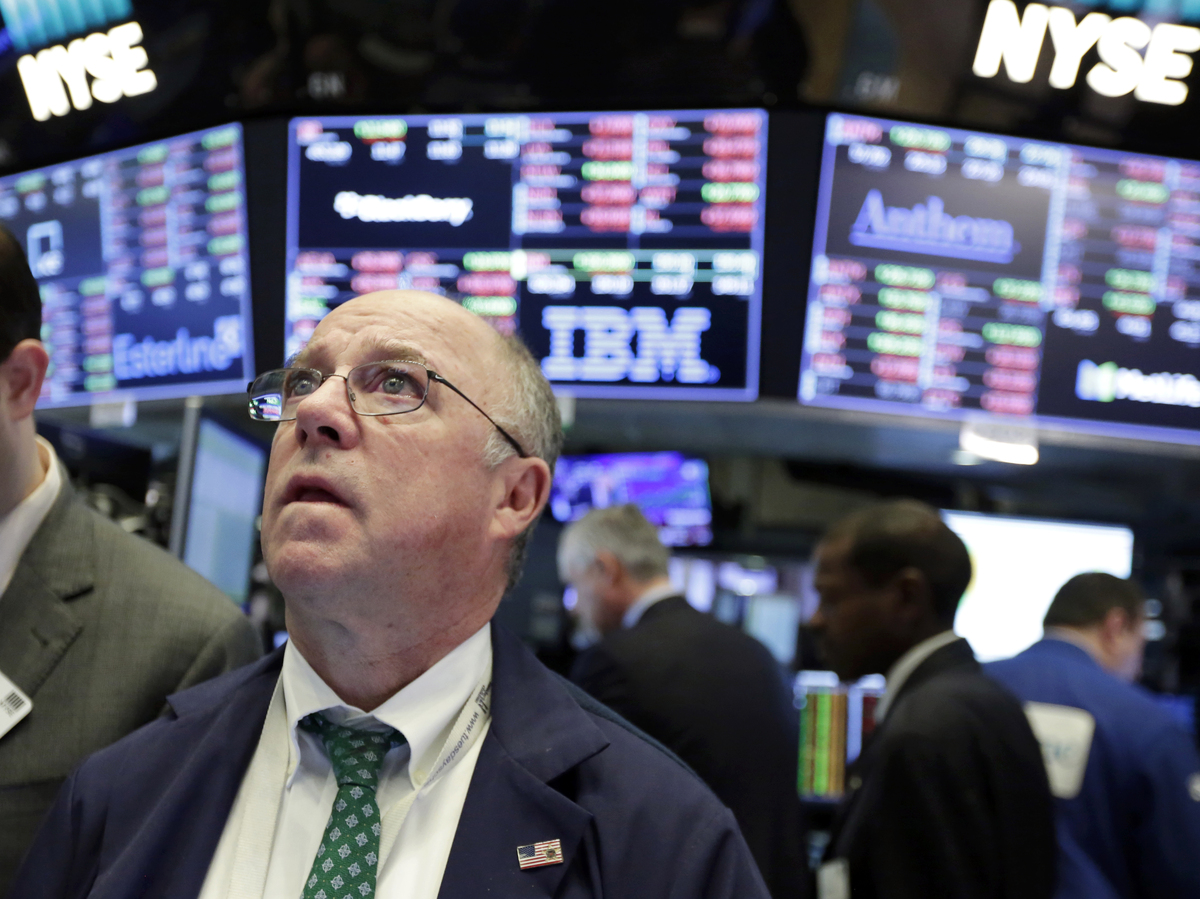 The stock market finished the day sharply higher, but only after another session of wild price swings.

The Dow Jones industrial average closed at 24,912.77, an increase of 567 points, or 2.3 percent. But it began the day down sharply, with triple-digit losses.

"It was volatile all day, crossing the line between gains and losses more than 20 times," NPR's John Ydstie reported. Stocks rebounded after investors "focused again on a strong economy and robust profits," he said.

The gyrations come a day after panic appeared to course through Wall Street, with the Dow plunging a record 1,175 points on Monday.

The decline appears to have been touched off by Friday's unemployment report, which showed that wages grew significantly in January.

While that's good news for workers, it has sparked concerns about inflation.

That usually means that the Federal Reserve will start increasing interest rates. That can have the effect of slowing economic growth by making it more expensive to borrow for all kinds of things — from home mortgages to car loans and credit card debt.

Torsten Slok, chief international economist at Deutsche Bank, told the Financial Times: "Markets are coming to the conclusion that the U.S. economy is close to overheating and therefore that the risks of inflation are bigger than the risks of a recession."

The downturn may have been accelerated by the widespread use of exotic, leveraged securities that lose value when market volatility spikes, as it has in recent days.

"The market has become a much more dangerous place," billionaire Carl Icahn told CNBC. "The market is a casino on steroids."

Despite these large drops, the stock markets have been rising for about nine years now, and many analysts say it's time to hit the pause button. Just this past year, the Dow has hit new milestones several times. Letting out some of the air might even be healthy, some say.

Even with the recent downturn, the markets are still up considerably since President Trump took office, Kevin Hassett, chairman of the White House Council of Economic Advisers, told CNBC.

"There have been a couple of bad days, [but] if you go back to the day he was elected, we're up by about a third," Hassett said.

Treasury Secretary Steven Mnuchin appeared at a previously scheduled hearing on Capitol Hill, where he urged lawmakers to focus on the economy's strong fundamentals.