Accessibility links
Falcon Heavy: Watch SpaceX Launch Powerful New Rocket : The Two-Way The private space company has launched the Falcon Heavy, a rocket more powerful than any other in use today. It's now bearing a roadster into an elliptical Earth-Mars orbit. Watch the rocket's flight.

The world's newest, most powerful rocket in decades has reached space. It took a few weather delays Tuesday, but the private space company SpaceX successfully launched its Falcon Heavy rocket from the Kennedy Space Center.

Watch the video of the launch at the top of this page. (If you'd like to skip ahead to the very moment the rocket lifts off, you can find it about 29:50 into the video.)

Not long after the massive craft blasted off NASA's historic Launch Pad 39A, arcing a fiery path through the sky, its side boosters fell away. As the main rocket continued its journey into space, two of the boosters returned to Earth, landing successfully back on their designated pads.

The center booster broke away from the rocket as well, but as the Associated Press reports, it failed to make a controlled landing:

"A few hours later, SpaceX chief executive Elon Musk told reporters that the third booster, brand new, slammed into the Atlantic at 300 mph and missed the floating landing platform, scattering shrapnel all over the deck and knocking out two engines.

"He was unfazed by the lost booster and said watching the other two land upright probably was the most exciting thing he's ever seen."

Falcon Heavy side cores have landed at SpaceX’s Landing Zones 1 and 2. pic.twitter.com/oMBqizqnpI

"SpaceX lands its rockets so it can reuse them again," NPR's Nell Greenfieldboyce reports. "That's how it's trying to make space flight cheaper."

Falcon Heavy is yet the latest example of that quest to make it much cheaper to get things into orbit. According to the company, it will cost just $90 million per launch, a fraction of the price of similar heavy-lift rockets.

Elon Musk, SpaceX's founder, has said the ultimate goal is to make humans an interplanetary species, by creating a colony on Mars.

Falcon Heavy is a small step on that journey, but it is still a very large machine. Weighing in at over 1,500 tons, it can carry more stuff into space than any vehicle since the Saturn V rockets of the Apollo Era.

Onboard this flight is a car made by one of Musk's other companies, Tesla. The cherry red roadster — complete with a mannequin wearing a spacesuit, naturally — is heading into an elliptical Earth-Mars orbit. At a news conference Monday, Musk said three cameras mounted to the car should provide "epic views."

View from SpaceX Launch Control. Apparently, there is a car in orbit around Earth. pic.twitter.com/QljN2VnL1O

"It's just for fun — he didn't want it to be boring," Nell notes. "Usually on a test flight, you put something on it, and so he figured, why not a car from his other company?"

Nell explained more about the rocket in her preview of the launch here. 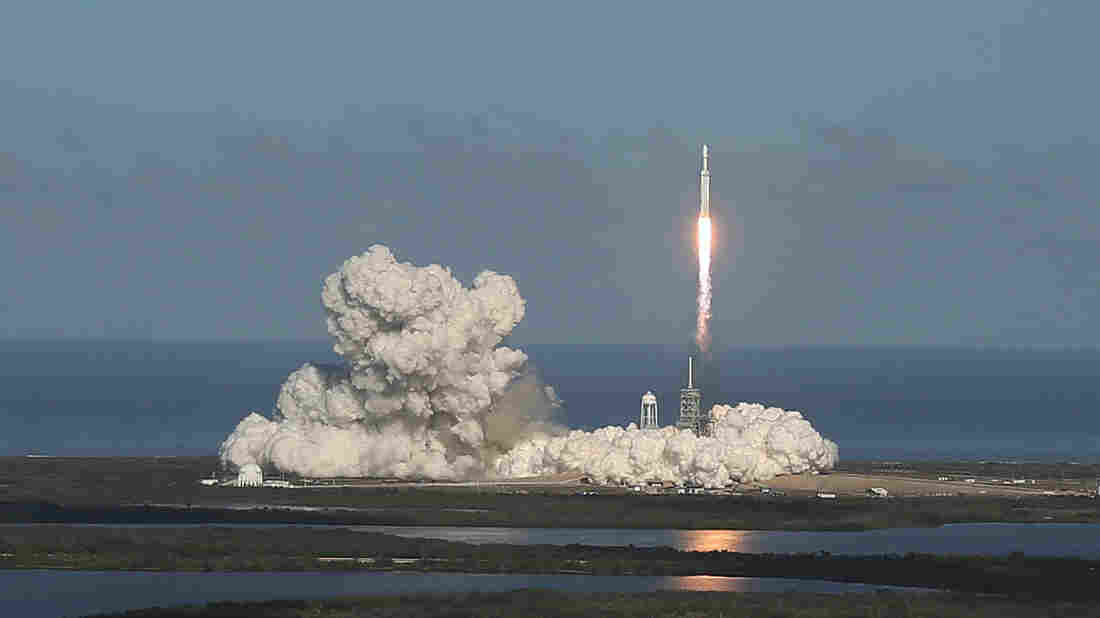 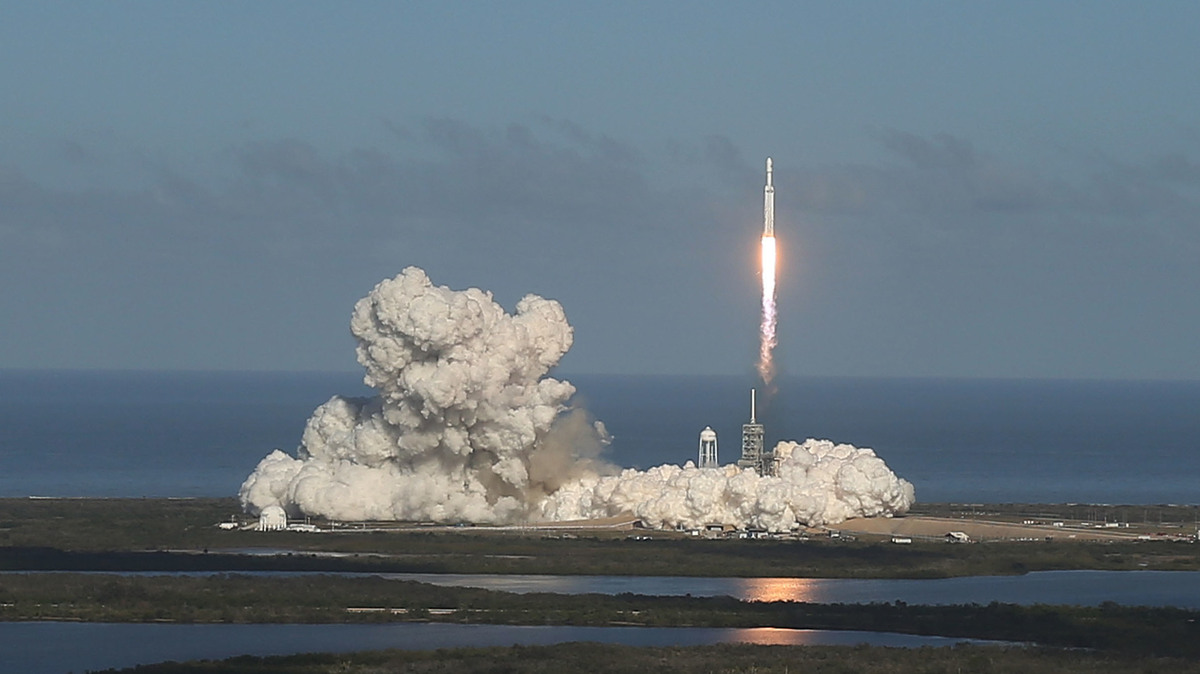 Falcon Heavy blasts off Launch Pad 39A at the Kennedy Space Center on Tuesday.