Accessibility links
Polish President Signs Bill Giving Jail Time For Implicating Poland In The Holocaust : The Two-Way The measure would make it illegal to accuse Poland of complicity in crimes committed by Nazi Germany. First, the controversial legislation will go to constitutional tribunal for review. 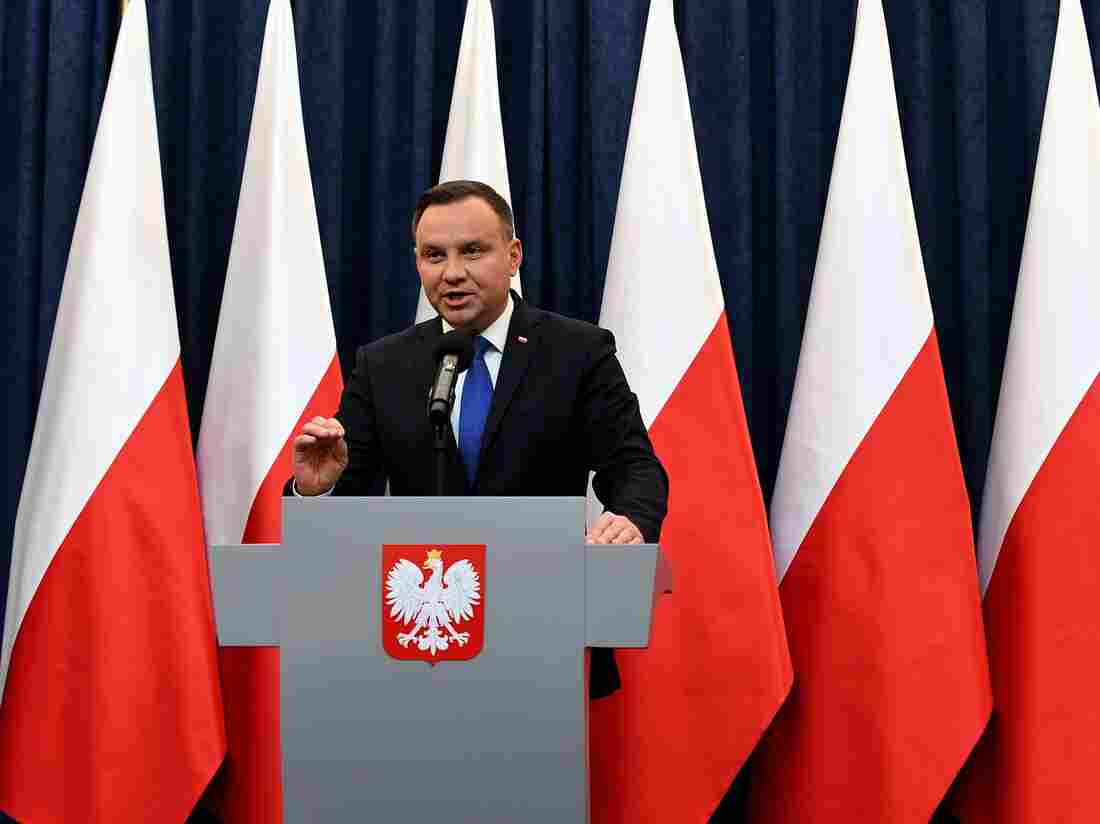 Poland's President Andrzej Duda announced Tuesday that he would sign a controversial Holocaust bill which has sparked tensions with Israel, the U.S. and Ukraine. Janek Skarzynski/AFP/Getty Images hide caption 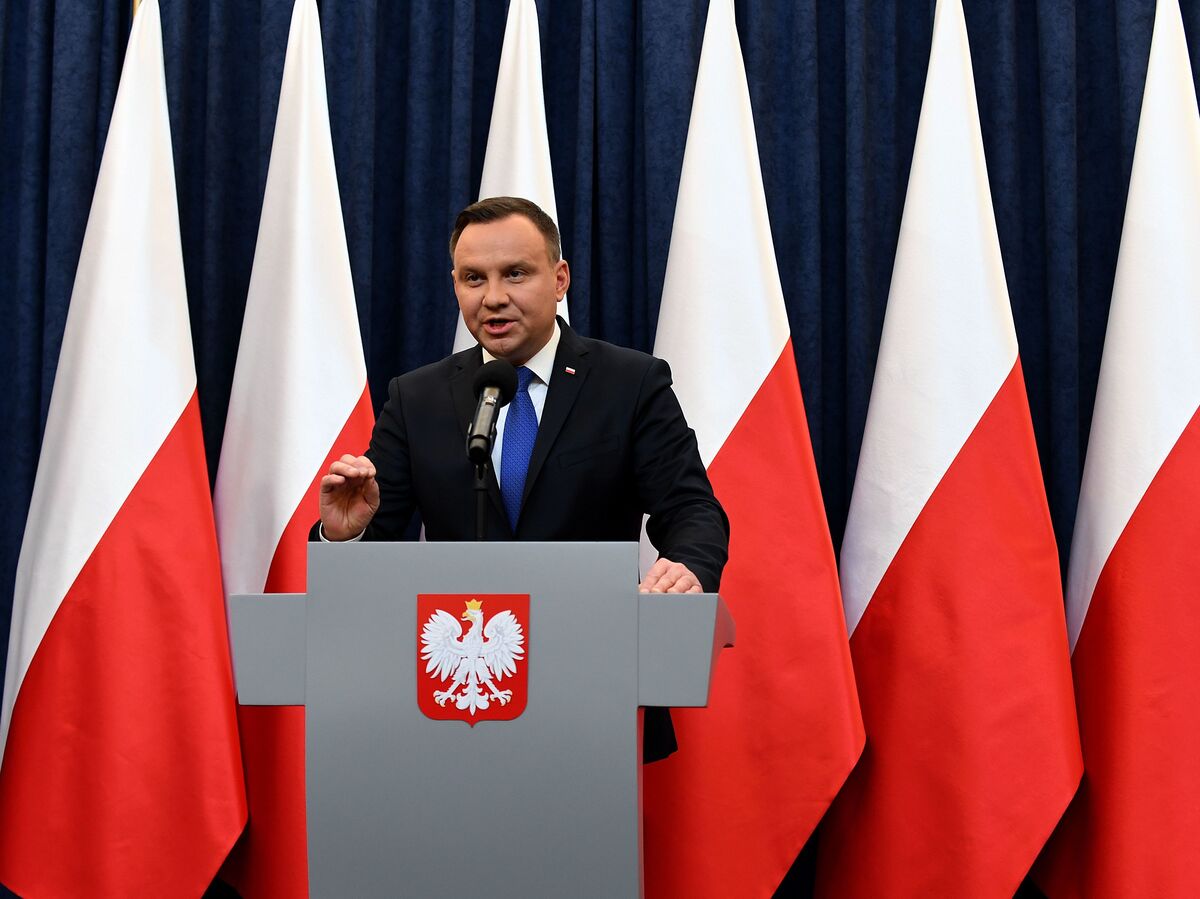 Poland's President Andrzej Duda announced Tuesday that he would sign a controversial Holocaust bill which has sparked tensions with Israel, the U.S. and Ukraine.

Polish president President Andrzej Duda signed a bill on Tuesday that authorizes jail time for people convicted of suggesting the country was complicit in the Holocaust.

Poland is the location of several former concentration campus, including Auschwitz-Birkenau, where 1 million people — almost all of them Jews — were systematically killed in World War II. The over 3 million Jews who lived in Poland and were murdered by the Nazis account for about half of all Jews killed in the Holocaust.

The bill imposes criminal proceedings for allegedly defaming Poland by assigning complicity to the country for Holocaust crimes committed on Polish soil. Referring to the killing sites Nazi Germany operated in occupied Poland with phrases such as "Polish death camps" is punishable by three years in prison. The bill will go to a constitutional court for review before it takes effect as law.

In a televised address, Duda said the legislation would preserve Poland's international reputation and said that artistic and historical research work will not be affected by the law. The bill has been internationally criticized since its public conception last month.

'Forgive Us For So Much Cruelty': Pope Francis Visits Site Of Auschwitz Death Camp

"The United States reaffirms that terms like "Polish death camps" are painful and misleading," said Secretary of State Rex Tillerson hours after Duda's decision on Tuesday. But he said restricting fundamental freedoms isn't the answer. "Enactment of this law adversely affects freedom of speech and academic inquiry. ... We believe that open debate, scholarship, and education are the best means of countering misleading speech."

The State Department made those points in a statement issued last week, and spokesperson Heather Nauert added that the legislation could have consequences for "Poland's strategic interests and relationships."

"[We] do not deny that there were cases of huge wickedness" in which Poles denounced Jews," Duda said in his Tuesday speech. But the president also said that "there was no systemic way in which Poles took part in" Nazi crimes.

"No Polish law will change history, Poland was complicit in the Holocaust," tweeted Israeli politician Yair Lapid, the son of a Holocaust survivor. "Hundreds of thousands of Jews were murdered on its soil without them having met any German officer."